The Family of Muhammed Yusuf, The late Boko Haram leader said yesterday that their meeting with former President Olusegun Obasnajo would only be fruitful if federal government listens to the demands of Boko Haram.
Obasanjo  was in Maiduguri, the capital city of Borno State with one Shehu Musa, of the Civil Liberty Liberties Organization(CLO)
chidi opara reports gathered that Obasanjo and his entourage were received by the eldest son of late Yusuf’s father-in-law, at their home in Maiduguri. The meeting held privately.
Babakura Alhaji Fugu, the family spokesman told reporters that "Indeed we received president Obasanjo in our house yesterday, his mission was very clear. He said he came to condole with our family over what happened during the 2009 Boko haram insurgence, especially the extra-judicial killing of our father and the wanton destruction of our family house.
He promised that he would convey our plight to Mr. President within a week or two and thereafter will get back to us directly or through an emissary. Although he said categorically that he was not sent by the federal government; he said he came to us on his own. We were made to be aware of his coming through the National Human Rights Commission which intimated us of his intentions."
Babakura, further revealed that "we have told him our predicament, especially the destruction of our family house, and also the need for the state government to abide by the court order which ruled that a compensation of N100 million be paid for the extrajudicial killing of our father; and also to tell the security agencies to stop harassing and intimidating our family members over issues related to Boko Haram".
"There is still need for government to honour the demands of the sect members especially on the withdrawal of the Joint Task Force". He added.
chidi opara reports also learnt that the mother of late Alhaji Buji Fai, was also at the meeting, she requested Obasanjo to inform the Nigerian government to provide the late Buji Fai’s children with financial assistance. Fai was also killed in the 2009 Boko Haram crisis.
Posted by PublicInformationProjects at 10:43 No comments: 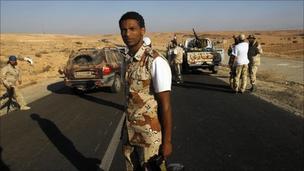 Posted by PublicInformationProjects at 02:55 No comments: