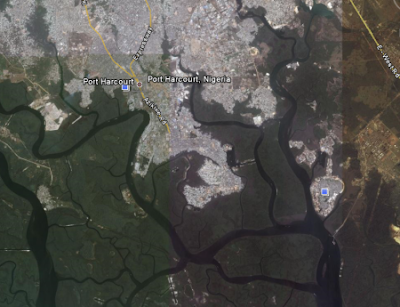 A New Oil and Gas pressure group based in Warri, of  , named Niger Delta Indigenous Movement for Radical Change (NDIMRC), have announced that they are mobilizing to cripple operations of Oil and Gas majors whom they accused of stalling implementation of the Nigerian Content Act 2010.
In a statement made available to the media, the group lamented the attitude of  Oil and Gas majors to indigenous contractors. The statement was signed by the group’s President, Mr. Nelly Emma, the Secretary, Mr. John Sailor and the Public Relations Officer (PRO), Mr. Mukoro Stanley.
"Each time the NNPC recommends qualified local contractors to the IOCs, they will reject the recommendation from NNPC. After series of meetings, they will now reluctantly accept our local contractors in their technical tender”, the group alleged.
"But after our brothers, who have built capacity for the industry, submit technical tender, they will come out with flimsy excuses to fail those local contractors recommended by NNPC. They are always looking for one reason or the other to knock out our people in favour of the foreign engineering contractors," the group further alleged.
They also accused Oil and Gas majors of taking over jobs meant for indigenous contractors because of their influences in the policy making hierarchies in the country.
"They feel that they are the oil giants that control oil and gas operations in Nigeria and that they can talk to any body to stop the implementation of any Act that will not favour them, but this group wants to make it clear to them that they cannot have their way this time around,"  the group stated.
"Some key Nigerian employees in those companies are violating the Act because of their selfish interests, and we want to let them know that we are set to frustrate those companies that they are using to cheat our people. We are going to mobilize Niger Delta women to the work sites of some of these companies to cripple their operations wherever they are working in the region," they reiterated.
Posted by PublicInformationProjects at 10:22 No comments: