Posted by PublicInformationProjects at 11:08 No comments: 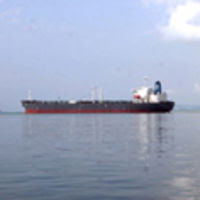 Credit: Reuters
Libya's first crude oil cargo to be shipped in months sailed from the eastern port of Marsa el Hariga on Sept. 25 bound for Italy, Libya's port authority chief told Reuters on Tuesday.
The country, formerly Africa's, third-largest producer, had exported only two other crude oil cargoes since a rebellion erupted against former leader Muammar Gaddafi in February. Gaddafi was toppled last month.
Capt. Ramadan Boumadyan, chairman of the designated committee at Libya's Ports & Maritime Transport Authority, said the Hellas Warrior was carrying a cargo of 381,000 barrels of Libyan crude. "It left on Sept. 25 to Italy," he said in an interview.
The tanker's manager, Polembros Shipping, declined to comment. The Hellas Warrior was last reported in the Mediterranean between Malta and Italy, with the French port of Fos as its destination, AIS tracking data on Reuters showed.
Libya's pre-war production was around 1.6 million barrels per day (bpd) of oil. A senior source in the National Oil Corporation told Reuters last week the OPEC member's oil production is set to reach 500,000 bpd by early October, helping to boost revenues badly needed to kick start the economy after seven months of war.
Separately, the Trident Hope tanker sailed from the western Libyan port of Mellitah on Tuesday with the first cargo of condensate to be exported since Gaddafi was ousted from power, Mellitah's harbour master told Reuters.
Capt. Hussein el Khemri said a further tanker was due to arrive in Mellitah on Wednesday with a crude oil cargo. "The vessel will be for domestic consumption," he said.
Boumadyan said Libya's cargo and oil ports were operational, adding that the offshore Bouri terminal in the west of the country was also working.
"We are working hard to make everything run normally at the ports," he said. "I think everything will be back to normal in a month's time."
Port Security Boosted:
Major oil terminals including Brega and Tobruk in the east were not damaged, and Zawiyah in the west has been working for the past three weeks and receiving gasoline shipments, he said.
There were no reports of any damage to infrastructure at the major eastern terminal of Ras Lanuf, which had witnessed heavy fighting nearby, Boumadyan said.
"There could be one sunken tug boat near one of the quays, but there is no problem or any obstacle for ships entering," he added.
General cargo and container ports including Benghazi in the east and Khoms and Misrata in the west were working.
"Tripoli is operational. We have some slight damage to the quay because of (NATO) air strikes on some of the frigates alongside the quays, but it is small damage," Boumadyan said.
Despite the resumption of commercial activity, London's marine insurance market has kept Libya on its list of high-risk areas, and underwriters are looking for a stable period in the country before considering a de-listing.
Boumadyan said the interim government had boosted security at the country's ports in recent weeks.
"At the entrance to all our ports, the revolutionaries are there and they are secured," he said. "We have had no problems in the past three weeks regarding security. The ports are safe."
Posted by PublicInformationProjects at 09:00 No comments: 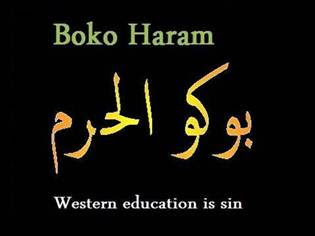 The Committee inaugurated by the Nigerian Presidency to look into the Boko Haram saga has recommended negotiations with the radical Islamic sect. This recommendation is however on the condition that Boko Haram renounces violence.
"The federal government should fundamentally consider the option of dialogue and negotiation, which should be contingent upon the renunciation of all forms of violence and surrender of arms" Usman Galtimari, Committee Chairman stated while presenting the report to Vice-president Namadi Sambo yesterday.
The committee also recommended a programme of rehabilitation and agreed that the killing of Boko Haram former leader, Mohammed Yusuf and some of his henchmen aggravated the saga.
The issues of use of private armies by politicians and poverty were identified as factors that led to militancy in the northern geo-political zones. The committees’ recommendations include the formation of another committee with wider terms of reference to negotiate with Boko Haram.
"Government will look at the report and act as a matter of urgency in implementing this report; it is not going to be business as usual." Mr. Sambo promised.
Posted by PublicInformationProjects at 03:08 No comments:

Report: US Declaratory In Cyber Conflict 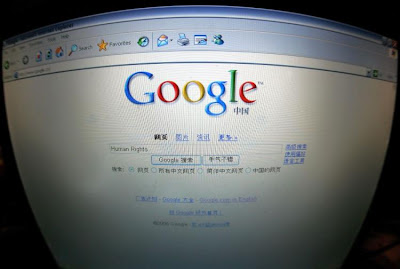 “When warranted, the United States will respond to hostile acts in cyberspace as we would to any other threat to our country. All states possess an inherent right to self-defense, and we recognize that certain hostile acts conducted through cyberspace could compel actions under the commitments we have with our military treaty partners. We reserve the right to use all necessary means; diplomatic, informational, military, and economic as appropriate and consistent with applicable international law, in order to defend our Nation, our allies, our partners, and our interests. In so doing, we will exhaust all options before military force whenever we can; will carefully weigh the costs and risks of action against the costs of inaction; and will act in a way that reflects our values and strengthens our legitimacy, seeking broad international support whenever possible.”
Click Here To Read Report
Posted by PublicInformationProjects at 02:35 No comments: