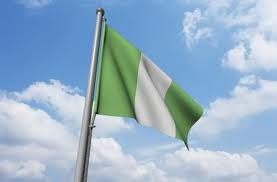 chidi opara reports’ network members in Abuja, Nigerian capital city have reported that the Nigerian Independence Day celebration was low-key. It is believed that the celebration was kept low key because of the threat to bomb the venue of the parade by the Movement for the Emancipation of Niger Delta (MEND).
Stiff security mounted by military personnel was observed in major hotels and public buildings around the capital city. The streets were largely deserted, with most shops closed.
The Eagle Square where celebrations of this magnitude usually take place was devoid of decorations associated with Independence anniversary celebrations.
Security contacts hinted chidi opara reports that apart from the threat from MEND, there was also the fear of Boko Haram and Ghadaffi backed mercenaries from neigbouring Niger Republic.
We learned on good authority that some foreign Intelligence had informed the Nigerian Presidency that the radical Boko Haram Islamic sect, who perpetrated the first suicide bombing in Nigeria have access to the Al Qaeda base in Niger Republic.
Posted by PublicInformationProjects at 10:43 No comments:

Independence Speech: “Let Us Resolve To Build The Nigeria Of Our Future”

On this day 51 years ago, the British Union Jack was lowered and replaced by our national Green-White-Green flag, heralding the independence of our nation. The 1st of October remains a special day for us, for Africa, and indeed the world.

As we celebrate today, we remember with pride, the nationalism and patriotism that inspired our founding fathers and the Nigerian people. They set aside their differences, to secure the unity and independence of our great country.

Our citizens at home and abroad, are making their mark in all fields of human endeavour. These hard-working and committed Nigerians, remain a source of pride to us and a beacon of what is achievable, if we remain focused and determined.

I know that a great number of you are joining hands with me and the Administration, in the great task ahead.
I value all Nigerians. I see our youth who are looking for jobs and yet remain hopeful. I see the farmer, and fisherman, toiling everyday to earn a living. I see the teacher, working hard, to train our future generations, with much sacrifice. I see the market women whose entrepreneurial spirit helps to generate income for their children and families. I see our sportsmen and women training hard to bring glory to our nation. I see our resilience and commitment, as a nation, to defend our democracy and secure our future.

I see every single profession and vocation, making positive contributions to national progress. I value you all!

Together, we shall work for a Nigeria in which democracy and the rule of law are sacrosanct.

A country where corruption and its attendant vices, are banished. A country where human life is sacred and respected, and where the rights of the individual are protected.

Nigeria is a young entity in the comity of nations and yet in her 51 years, she has made significant strides in making her presence felt all over the world. Our diplomatic and peacekeeping efforts, in various parts of the continent, have helped to end conflict and avert crises. In sustaining global security, our intervention has been crucial to peace, progress and democracy for the citizens of the affected countries.

The journey to nationhood always has its own challenges. Nigeria has had her own share. Our growing pains as a nation have included the civil war, the June 12 election crisis and restlessness in the Niger Delta. But Nigeria has always overcome each of these challenges. We overcame before. We will overcome yet again.

As your President, let me reassure all Nigerians that I remain resolutely committed to the ideals and dreams of our founding fathers. Let me also reassure Nigerians that I will strongly defend the peace and stability of our nation.

My administration will spare no effort in fighting crime, building peace, and securing our homeland against internal threats and infiltration by violent groups, from outside our borders.

We condemn all acts of violence and declare that such acts of mindless savagery shall not be allowed to define our country. We will not be deterred. Our resolve is strong. I have put in place a new and reinvigorated national security strategy, to combat the threat to our safety. Yet, no matter what I do as your President and no matter what we do as your elected leaders, at all levels, the peace and security of our nation rest also on our collective efforts as citizens, in our various communities. All leaders and citizens, in every community, must therefore make peace the number one priority of their daily routine. This is because, without peace, no community can realize its objectives or achieve a happy and productive life for its members.

The current incidents of violence and terror, in parts of the country, will surely be overcome. We will secure the safety of our citizens for only when we do this, will we be able to build the needed peace and tranquility in all parts of the federation.

Securing our peace and stability will ensure economic growth and prosperity for all.

Since I assumed office, as the President of our great country, I have continued to focus my attention on the economy. I have taken several measures to address structural weaknesses which stand between us and economic growth and prosperity for all.

We are growing our economy, to generate employment opportunities for our teeming youth and enhanced prosperity for every citizen. This remains the main focus of my administration.

In a few days time, I shall launch an innovative competition for our young entrepreneurs to come up with ways to expand their businesses, create more jobs, and sharpen their business skills.

Now, it is very clear that without fundamental reforms in the key sectors of our economy, we will not be able to fully unlock our potential as a nation. We must manage our resources more prudently and efficiently. We must provide stable electricity to our citizens to help drive economic activity.

I call on our political leaders to put aside partisan politics, for united action towards the advancement of our nation. We must build together.

Because of the measures we have taken on the economy, our GDP is today one of the fastest growing in Africa. We are currently growing the economy at 7.8%. We expect to sustain an 8% growth rate and a better GDP in the medium term, on our journey towards realizing our Vision 20:2020 goal.

We shall strive to make this growth, job creating and inclusive.

Growth in agriculture and other non-oil sectors are crucial, to help diversify the economy and to generate much needed jobs. Agriculture remains one of the highest priorities in my government’s Agenda for National Transformation. We have set out clear, agricultural, transformation action plans and policy measures, to achieve self-sufficiency in the production of rice, cassava, maize, sorghum and other staple foods.

Self-sufficiency in rice alone will save us the 356 Billion Naira that we currently spend annually importing rice. We will revamp the way we distribute fertilizers, taking government out of distribution of fertilizers.

We plan to reach 20 million farmers with private-sector distributed fertilizers over the next four years. We will improve the investment environment and incentives for the private sector across the agricultural value chains. Our agricultural transformation plan will generate 3.5 million jobs and an additional 20 million metric tons of food. But we must all show pride in our farmers. We should eat what we produce. The increasing popularity of local products, like ‘Ofada Rice’, ‘Badegi rice’, and ‘Abakaliki Rice’, attest to the fact, that the populace will readily embrace locally grown produce.

We must also take pride in our scientists. This week, Nigeria released 8 new high yielding cocoa varieties. This will help to transform cocoa production, across the 14 cocoa producing states in the nation.

We have put in place implementable programmes to transform our Nation from an importer of petroleum products, to the regional hub for exportation of value-added petroleum and petrochemical products. We are revamping existing refineries and building three new ones.

We are effectively supporting the private-sector led construction of world scale petrochemical and fertilizer plants. This will for the first time in our history, result in effective monetization of our abundant natural gas resources while at the same time, creating over a million jobs.

Our potential is huge.

We have the requisite market volume.

We have a youthful, energetic, and hardworking population. The structural and managerial bottlenecks, that have obstructed our economic growth, are being addressed, to unleash the energy and potentials of this nation.

To achieve this, I am determined to ensure that Nigerians have reliable electricity. Our economy will grow faster, and our hard working small businesses will thrive, when we finally fix the power challenges we face. We are fast tracking power reforms, to improve the generation and distribution of electricity.

Already, we are beginning to do things differently. I believe that integrity, honour, patriotism, selfless service and fear of God, must be the hallmarks of leadership at all levels.

A nation is sustained by its institutions and systems. I have taken strong measures to improve on governance. It is in this regard, that I signed into law, the Freedom of Information Act. I will further strengthen all institutions, to ensure greater transparency, probity, and accountability at all levels.

Last year, I promised to restore confidence in our electoral system and pledged to deliver free and fair elections. To achieve that, we initiated some electoral reforms and strengthened INEC and other related agencies.

As a result, our April 2011 general elections was adjudged by Nigerians and the international community as the most transparent and credible elections, ever conducted in our country. Indeed, post-election petitions reduced by over 50%.

Let me assure all Nigerians of my resolve to lead our nation into a safer, more peaceful, and prosperous future for our children.

For the time has come, to rise above ethnic and religious divisions;

The time has come, to unite against violence, in all its ramifications;

The time has come, to secure our peace, and unite against suffering, and deprivation;

As we celebrate today, let us resolve to build the Nigeria of our future.

God bless you all.

And God bless the Federal Republic of Nigeria.
Posted by PublicInformationProjects at 04:40 No comments: