Special Report: Profiles Of Recipients Of 2011 Nobel Prize In Medicine 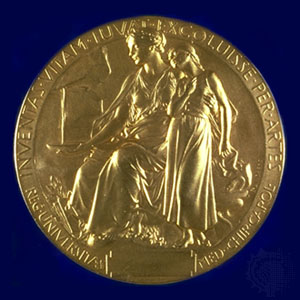 2011 Nobel Prize in Medicine has been awarded jointly to Jules Hoffmann and Bruce Beutler for which the award committee said was "for their discoveries concerning the activation of innate immunity". The other half of the award will go to Ralph Steinman, who died on September 30th, 2011, "for his discovery of the dendritic cell and its role in adaptive immunity". The award is not bestowed posthumous.
Bruce Beutler:
His is discoveries are centred on how to sense infections when they occur. A fundamental issue in immunology.
Bruce Beutler was born in December 1957 in Chicago, United States of America. He holds a 1976 Bachelor of Arts degree from University of California and a 1981 MD from University of Chicago.
He did further medical training at the Southwestern Medical Centre of the University of Texas From 1981 to 1983.
From 1983 to 1985, he was a Fellow at the Rockefeller University, New York. He became an Assistant Professor in 1985 and Associate Physician Rockefeller University Hospital from 1984 to 1986.
He has been Professor of Genetics and Immunology at Scripps Research Institute in La Jolla, California
Jules Hoffmann:
Jules Hoffmann was born in August 1941 in Luxembourg.
He holds a 1963 Ph.D. in Biology from University of Strasbourg, France.
He was head of research at Strasbourg from 1974 to 2009. He also served as Director of Institute for Molecular Cell Biology in Strasbourg from 2007 to 2008 and was President of French National Academy of Sciences.
Ralph Steinman:
Steinman was a Henry G. Kunkel Professor at Rockefeller University New York.
His research interest was on the immune system.
He was born in January 1943 in Montreal, Canada. He had a 1963 Bachelor’s degree in biology and chemistry from McGill University and a1969 MD from Harvard Medical School.
He was a Rockefeller University Professor of immunology from 1988 till his death.
Steinman died on Sept. 30, 2011, from pancreatic cancer.
Posted by PublicInformationProjects at 10:05 No comments: