Article: Super Eagles, Where Do We Go From Here? 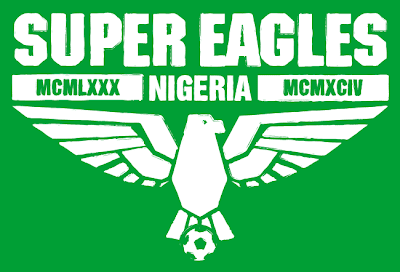 Following the ouster of the Super Eagles from qualification for next year’s Africa Nations Cup to be co-hosted by Gabon and Equatorial Guinea, yours sincerely like millions of Nigerians was thoroughly disappointed and the reactions that followed the shameful loss was typical of Nigerians who have been pouring out their heart over the show of shame and more is expected in the days to come.

Well, without holding brief for Coach Siasia and the team, I want us all to accept his apology that the team let us all down and look ahead to where do we go from here? The hallmark of a great man is the ability to rise up after a fall which is inevitable. For a long time now, people have turned deaf hears to the cries that our football cannot be exempted from the national malaise of failure after all we have repeatedly experienced governance, infrastructural, security, examination, bank, family, relationship, promise keeping, etc failures and our people who have behaved as if failure is in our character are now crying loudly because this disease has finally caught up with their most cherished passion, our football. Oh, what a pity or have they forgotten that whatever affects the nose also affects the eyes?

I bear no one any grudge but must admit that we are all culpable because even the Holy Book says that “Truth exalts a nation but sin is a reproach to any people”. Without sounding like a puritan, I suggest we all examine introspectively if it’s not the law of karma catching up with us? What did we expect now, when all this while we have all been living a life of lies? We have continuously cheated in every age grade competition, thus defeating the purpose of such lofty ideas of discovering young talents and inadvertently shooting ourselves in the foot.

I hope our football administrators will also share part of this blame rather than shifting all on Siasia’s head if we all recollect that they contributed in no small way to this embarrassment by toying with the first leg that the Super Eagles lost in Conakry under the tutelage of Austin Eguavoen just because they lacked focus in appointing a manager on time for the team. That they failed to qualify by beating Guinea on Saturday wasn’t because they didn’t try but because their best wasn’t good enough. This is the reason why Siasia should be allowed to learn from his mistakes and become a better coach and like the Yoruba’s say, “Cutting off the head is not the cure for headache”

As for those calling for the sack of Samson Siasia over this loss, I disagree even though yours sincerely was a strong critic of his employment as the Super Eagles Coach in the first place. Despite his shortcomings which are applicable to all human beings, one thing which Siasia has been able to inculcate in the Super Eagles and which for a long time had taken flight in that team is Discipline. For a long time, lots of Nigerians lost interest in the senior national team due to its high level of indiscipline which manifested in their lackadaisical style of play under Siasia’s predecessors. Under Samson Siasia, players now report to camp early to fight for jerseys which before now was the birth right of some privileged ones. So, sacking Siasia is not a wise option for now if we are really desirous of the long term growth of our football of nurturing our materials to become world class prospects.

We can save ourselves heartaches and this kind of embarrassment in future if we learn and agree to turn a new leaf by being honest and do away with the philosophy of win at all cost which is very similar to our politics of do or die invented by Former President Obasanjo and which has become a way of life. We can only do that if we demand a total overhaul of our sports/football administration by making sure that only credible persons who are sincere, sports/football knowledgeable and committed administer our sports/football at all levels. That is the only and sure way to go.
Posted by PublicInformationProjects at 03:37 No comments:

The death of a Nigerian soldier from the bomb blast suspected to have been detonated on a military patrol vehicle by Boko Haram in Maiduguri, Borno State  on Sunday 9th October, 2011 have enraged soldiers who chidi opara reports learned went on rampage, burning homes and shooting indiscriminately in some parts of the Borno state capital.
The bomb blast also wounded three soldiers and killed a roadside petrol hawker, while about nine parked vehicles were burnt.
Efforts by chidi opara reports to get comments from the appropriate military authorities were not successful at the time of preparing this report. A military officer in Maiduguri who declined to be named however denied the incident.
Residents reportedly abandoned their homes while the shootings were going on in the early hours of yesterday. The situation has however been normalized at the intervention of the military high command.
Residents revealed that the military have been harassing innocent citizens whom they always accuse of being Boko Haram sympathizers.
About ten suspects are being interrogated in connection with the bomb blast.
Posted by PublicInformationProjects at 02:30 No comments: