Rtd. General Andrew Owoeye Azazi, Nigeria’s National Security Adviser said today that the security alert issued by the USA Embassy on Sunday, to the effect that the Islamic jihadists known as Boko Haram, who masterminded attacks in Damaturu, capital city of Yobe State and in Maiduguri, capital city of Borno state last Friday, were planning more attacks in public locations in Abuja, Nigeria’s capital city, was unnecessarily spreading fears in the country.
Azazi regretted that the security alert is unnecessarily causing tension in the country. He advised Nigerians and foreigners living in Nigeria to go about their normal businesses without fear, assuring them that the government will continue to protect lives and properties.
The National Security Adviser dismissed the alert as old rumour that has been in circulation.
chidi opara reports network members in Abuja report that most of Abuja’s luxury hotels are without their usual busy atmospheres.
Military patrol vehicles filled with soldiers were noticed in the vicinity of the Sheraton Hotel.
Police bomb disposal units were seen around the Abuja Central Mosque.
chidi opara reports could not confirm information about “stop and search operations” in the Asokoro area, reportedly being conducted by a combined team of Police, Military and State Security Service(SSS) operatives at the time of preparing this report.
Posted by PublicInformationProjects at 09:40 No comments: 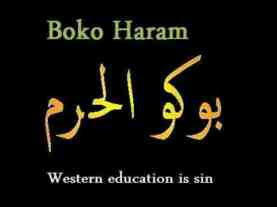 chidi opara reports have learned of an intensive hunt by the Nigerian security apparatus for the masterminds of last Friday’s attacks which claimed more than 60 lives and damaged properties. Boko Haram has already claimed responsibility for the attacks.
The attacks in Damaturu, capital city of Yobe state, which demolished Police Stations, Churches, Mosques and left dead and seriously wounded bodies lying on the streets have been described by security insiders as the deadliest of all Boko Haram attacks.
chidi opara reports also learned that after the attack, the masterminds initially retreated to Potiskum, a neighbouring town, but left the town after hours of brainstorming on the next attacks and targets.
The hunt, which involves Police detectives, Military Intelligence and State Security service (SSS) operatives, would be extended to all major and minor northern cities. It is however feared that the attackers may have escaped to Niger Republic through Kano.
When we tried to reach the Yobe state Police Commissioner, Mr. Suleiman Lawal on phone, an officer who claims to be one of the Police helmsman’s aides, told us that “the commissioner have already spoken to Reuters and would not make further comments on the matter for now”.
One of the attacks took place in Maiduguri, the capital city of Borno state, which is also the headquarters of Boko Haram.
Normalcy is however returning to Damaturu.
Posted by PublicInformationProjects at 02:48 No comments: