Article: Is Nigeria An Oil-Rich Nation? What Is Its Relevance In The Global Energy market? 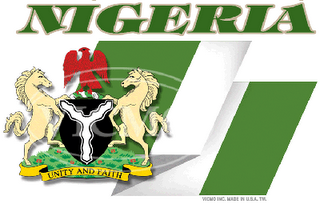 By Rufus Kayode Oteniya(oteniyark@hotmail.com)
Nigeria is a major oil producing nation, no doubt! With about 2.5m barrels of the black gold gushing out daily from under the feet of its citizen, no one can contest the importance of the country in the global oil market but the doubt is about the country’s status as an oil rich nation and its future relevance to the global energy market.

With the trading price of oil oscillating around $100 for most part of the year, the nation and the oil companies are expected to jointly earn at least $91.25b (N14.39trn) from oil this year and another $3.34b (N526b) from the sale of about 23b cubic metre of natural gas; natural gas has traded for most part of the year at over $150 per thousand cubic meters, though it’s currently trading at around $140.

The amount that goes to the government’s coffer from these earnings is a secret that not many can boast of its knowledge. The lack of transparency has beclouded all the operations of all the stakeholders in the oil and gas industry in the country.

The Nigerian National Petroleum Corporation (NNPC) and some departments under it are run like secret organisation; not as public organisations that they really are. 2.5m barrels of daily production of oil are a substantial quantity. Nigeria with her estimated population of 155m people requires only 280,000 barrels of oil to power her economy daily; Germany, the world’s fifth biggest economy requires a daily consumption of around 2.5m barrels, exactly what Nigeria produces daily.
Using the 2009 data which was the last verified globally available data, Nigeria ranked 14th in the world in terms of oil production but in determining the oil wealth of a nation, per capita production is a better determinant.
Below is a table showing the 20 biggest oil producing nations and the annual per capital production:
Oil Production
Data obtained from CIA World Factbook and Nation Master
According to the table above, Nigeria ranks high in oil production but the huge population has reduced the oil wealth that can be passed down to the populace.
Of the 20 biggest oil producers, only Brazil and China rank lower than Nigeria in per capita production. The data shows that Nigeria produced 5.2 barrels of oil per every citizen in 2009 while even the UK produced 8.78 barrels per every citizen; and Qatar, Kuwait, U.A.E and Norway produced 522.1, 350.71, 198.36 and 182.82 barrels respectively per everyone of their citizens in 2009.
These figures show that at the present production level, Nigeria is too big to depend overly on the revenues from its oil and gas which sadly still provide 95% of foreign exchange earnings and about 80% of budgetary revenues.
Why the noise about Nigeria oil production?
At the current level of production of 2.5m barrels per day, Nigeria only produces 3.13% of the total global consumption of about 80m barrel per day.
The successive governments have lived with the hyped status and sense of indispensability of Nigeria in the global oil market. This is more than a national assumption; it is also a global conspiracy by the international community to flatter Nigeria.
The same global oil community that panics whenever there is a little trouble in Nigeria does not panic so much when there is a natural calamity like hurricane in the US which produces about 4 times more oil than Nigeria or whenever there are troubles in Mexico or extreme weather conditions in Norway and Canada. Each of these countries pumps much more oil to the global market than Nigeria.
The magnitude of concern over Nigerian oil is not commensurable with its production level. Whenever analysts talk about oil, they mention Nigeria as if it’s a real hub like the Middle East. It gives a phony sense of importance.
Most of the government’s inept policies are encouraged by the hyping of the role of Nigeria in the global energy market; the neglect of the other sectors of the economy and the fiscal recklessness are direct results of this.
The future of oil for Nigeria
With a proved oil reserve of 37.2b barrels (10th in the world and second only to Libya in Africa), Nigeria has all it takes to play more prominently in the global market. With more investment in the sector, more transparency in the operations of the NNPC, permanent peace in the Niger Delta and across the nation; and all-round good management, the country can compete with the likes of Saudi Arabia, Russia and the US in terms of output in the near future but anything less will diminish its relevance in the global market.
With the West in grip of production in Libya and Iraq, Nigeria has so much to do to stay relevant in the industry.
Iraq has come up with an ambitious programmme that will transform its oil industry that has been wrecked  by many years of mismanagement, sanctions and war to compete by the end of this decade with the world's top oil producers.
The country is doing everything to woo international investments to its oil and gas industry.
In recent times, the oil ministry has awarded contracts to several firms from around the globe (including Angola's SONAGOL) to develop its oil fields and boost production by about 500% in the next fwe years to over 11 million barrels a day.
The international status and outlook of Angola’s SONAGOL is a great challenge to Nigeria’s NNPC which has not only so far remained local in all these years but also inefficient at home.
The NNPC must be restructured to do more of participation than regulation in the industry and take an international outlook like other national petroleum companies. Petróleos de Venezuela, S.A. (PDVSA) has assets across the globe and so do many others national oil companies like China National Offshore Oil Company (CNOOC), Brazil’s Petrobras, Malaysia’s Petronas and Statoil of Norway.
With more looming insecurity from incessant Boko Harram bombings and threats from Niger Delta militants, kidnapping in the east, corruption and inadequate infrastructure, the global oil market have more reasons to turn their faces in different directions from Nigeria unless the country gets its acts together.
Nigeria should re-negotiate some of the existing joint venture contracts it has with some foreign multinational corporations and other operators to increase the revenue accruing to the government. In most cases, Nigeria earns less than 60% of the revenue generated by these companies which is far lower than what is obtainable in other countries. Iraq is currently negotiating 90% with its new operators.
Nigeria must pass the Petroleum Industry Bill (PIB) which is supposed to be a legislation aimed at establishing clear rules, procedures and institutions for the administration of the oil and gas sector.

In his article titled ‘The Merit of Petroleum Industry Bill’ and published in The Moment on 1 October, 2011, Levi Ajuonuma wrote that “…The PIB, which establishes a new framework for good governance in the petroleum industry, will lead to increased petroleum revenues for Nigeria and new opportunities for Nigerians to participate at every level of new development in the sector.”

With a proved reserves of 5.292 trillion cubic metre of natural gas (8th largest in the world and the largest in Africa), Nigeria is undoubtedly endowed more with natural gas than oil. The country loses several billions of dollars annually from not exploring it’s gas potential enough.
Algeria, a country less endowed than Nigeria, produces over 85 billion cubic metre of gas annually while Nigeria produces less than 23 billion cubic metre.
It’s time for Nigeria to invest heavy to expand its production in natural gas, the much of which it continues to flare away.
A culture of rampant corruption is central to governance in Nigeria. Holding public office is synonymous to unrestricted access to public fund. In 2006, Nuhu Ribadu, the former head of the EFCC claimed that the elites “stole or wasted” $380 billion of the nation’s wealth in the last four decades.
Corruption remains the greatest menace to any meaningful development in the country. Unless great efforts are made to eradicate this or reduce it to the barest minimum, most of the revenues from these commodities will end up in the pockets of the greedy civil servants and politicians in a nation where corruption is gradually becoming the norm and the populace will continue to suffer in the presence of abundant wealth.
Forget it! As long as people steal and flaunt ill-gotten wealth without impunity, the future of Nigerian oil and Nigeria itself remains dim at best.
Posted by PublicInformationProjects at 05:57 No comments: