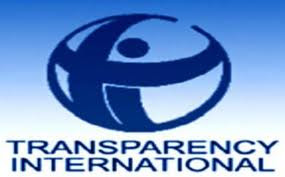 “Transparency International (TI) defines corruption as the abuse of entrusted power for private gain. This definition encompasses corrupt practices in both the public and private sectors. The Corruption Perceptions Index (CPI) ranks countries according to perception of corruption in the public sector. The CPI is an aggregate indicator that combines different sources of information about corruption, making it possible to compare countries.
The 2010 CPI draws on different assessments and business opinion surveys carried out by independent and reputable institutions1. It captures information about the administrative and political aspects of corruption. Broadly speaking, the surveys and assessments used to compile the index include questions relating to bribery of public officials, kickbacks in public procurement, embezzlement of public funds, and questions that probe the strength and effectiveness of public sector anti-corruption efforts.
For a country or territory to be included in the index a minimum of three of the sources that TI uses must assess that country. Thus inclusion in the index depends solely on the availability of information.
Perceptions are used because corruption – whether frequency or amount – is to a great extent a hidden activity that is difficult to measure. Over time, perceptions have proved to be a reliable estimate of corruption. Measuring scandals, investigations or prosecutions, while offering ‘non-perception’ data, reflect less on the prevalence of corruption in a country and more on other factors, such as freedom of the press or the efficiency of the judicial system. TI considers it of critical importance to measure both corruption and integrity, and to do so in the public and private sectors at global, national and local levels.2 The CPI is therefore one of many TI measurement tools that serve the fight against corruption”.
Click here to read report
Posted by PublicInformationProjects at 10:25 No comments: