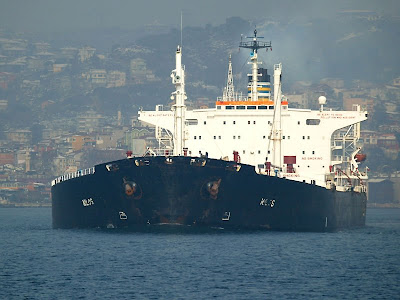 Nigeria is set to add about three million barrels of Bonny Light Crude Oil to her loading programme.

chidi opara reports learned that three additional tankers are due to load in December.

The three additional tankers expected to carry approximately 950,000 barrels each are to load on December 8th to 9th, 15th to 16th and 25th to 26th. The dates have however not yet officially confirmed at the time of preparing this report.

The loading when broken down would represent 92,000 barrels per day. The cargoes, chidi opara reports learned, are allocated to Oando, Vitol and Sahara.

The force majeure declared in August by Shell, consequent upon supply disruptions, significantly affected Bonny light supplies. The short falls were however augmented with supplies from Qua Iboe supplies.

Posted by PublicInformationProjects at 01:42 No comments: