Ali Sanda Umar Konduga, former spokesman of the radical Islamic sect, Boko Haram, have today, been sentenced to three years in prison. Konduga, who also uses the name Al-Zawahiri was arrested last month on allegation of speaking for Boko Haram.
Konduga told news reporters after his arrest that a Nigerian senator, Ali Ndume was sponsoring the sect.
Konduga, also claimed that the sect had expelled him on suspicion of spying prior to his arrest.
The implicated Senator is currently facing charges.
Last week, Alhaji Sanda Konduga, father of the erstwhile Boko Haram spokesman apologized to Senator Ndume, claiming that his son is insane.
Posted by PublicInformationProjects at 06:43 No comments: 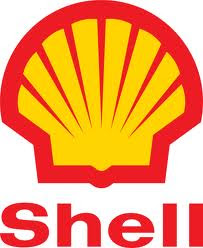 Shell Petroleum Development Company of Nigeria Limited (SPDC) has earned $488 million from the divestment of its 30 percent holding in Oil exploration Leases and facilities in the Oil rich Niger Delta region of Nigeria.
chidi opara reports gathered that one of the assets was sold to Afren Plc, for the sum of $98 million. The asset covers approximately, 185.3 square miles, with a production level of 6,000 barrels of crude per day.
Another asset was sold for the sum of $390 million to Neconde Energy Limited This asset currently produces about 15,000 barrels of crude per day.
Total Nigeria and Nigerian Agip Oil Company with ten and five percents respectively have also relinquished their holdings in the divested assets to the buyers.
The transaction, chidi opara reports learned have been approved by the relevant authorities in Nigeria.
Shell  is developing a policy that would limit its Nigerian operation to onshore.
The company has been severally accused of fueling the restiveness in the Niger Delta region for its benefit. The Ogonis, one of the ethnic nationalities in the region asked Shell out of their homeland and vows never to allow the company to restart operations in Ogoniland.
Posted by PublicInformationProjects at 02:41 No comments: