Posted by PublicInformationProjects at 10:36 No comments: 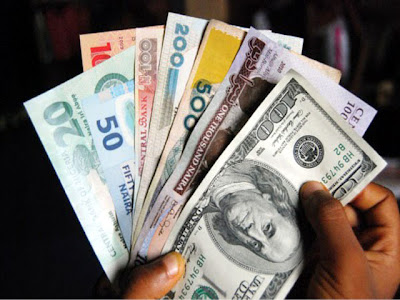 The Nationwide strike declared by the Nigerian Labour Congress(NLC) and the Trade Union Congress(TUC) to protest increase in petrol and transport fares, halted Naira trading at the Interbank Market yesterday.
By 11.00am, the Naira reportedly made a weak appearance of 162.05 to $1 dollar at the parallel market, which experts translated to 0.1 percent.
chidi opara reports learned from Central Bank Of Nigeria(CBN) insiders that the Interbank Market was closed officially.
NLC and TUC declared an indefinite strike following the removal of subsidy on petroleum products by the Goodluck Jonathan Presidency. Public and private organizations like schools, banks, shops and others in Nigerian major cities were closed yesterday. Civil Society groups were also reported to be protesting the removal of subsidy, alongside labour.
CBN insiders also informed chidi opara reports that the apex bank is planning to continue with the auction of foreign currencies today. The auction is conducted twice weekly.
We learned further that major Nigerian banks have concluded plans to run limited branch services during the strike.
Posted by PublicInformationProjects at 02:47 No comments: