News Release: Descent Into Authoritarianism And Dictatorship; A Call For Action And Vigilance

The United Action For Democracy [UAD], is a political but non partisan coalition of civil society and citizens organisations across Nigeria. It is also a core and significant component of the Pro-Labour civil society and citizens’ organisations coalition, the Joint Action Front [JAF].
The UAD has played a key and core role in raising awareness around the fundamental bad governance crisis which is at the root of the fuel price hike and fuel subsidy removal debate. We have also been very central to the alliance of pro-labour civil society organisations with the labour centers in jointly prosecuting the mass protests and ensuring the success of the general strike proclaimed by the labour centers in conjunction with organised pro-labour civil society.
The UAD wish to congratulate all Nigerian citizens for the roles they have played and continue to play in the organised resistance to the fuel price hike, and in insisting that fundamental issues of governance at the base of the crisis in the supply of petroleum products at affordable and accessible prices be engaged with and resolved forthwith.
The UAD is alarmed at the repressive and authoritarian response of a supposedly democratically elected government in a democracy to the just and peaceful dissent of the overwhelming majority of its citizens. We condemn this abandonment of the democratic road, and this willful embrace of the road to dictatorship by the Nigerian government. We condemn and reject the attempt to repress and criminalise protest; and affirm the basic human rights of Nigerians to protest and play decisive roles in the governance of their country and in the running of the affairs of our society.
We completely reject the new price regime for petrol, and insist on our demands for: a complete reversal to 65 Naira per liter; independent probe into the management of the processes in the petroleum sector including products import and distribution, status of the local refineries, failed Turn Around Maintenances of the refineries, management of the subsidy regime, audit of actual daily consumption rate of petrol, smuggling of products across the border, punishment for economic crimes, etc.
And in the light of the events of the last few days, we also demand an independent inquiry into the repression of the protests and prosecution of those found guilty in the killing and or injury of protesters across the country. We demand the immediate withdrawal of troops from the streets of our country.
We affirm the right of Nigerian citizens to demand a change in government policy upto and including demanding a change through popular and democratic means in the governance of their country. This right cannot be criminalised, nor can it be treasonable.
We regret the action by organised labour in unilaterally calling off the general strike and mass protests; but call on all Nigerians devastatingly impacted by the hike in fuel prices and the result of bad governance over the years not to be demoralized by this action. We urge that we continue our peaceful protests until our demands are met. We reaffirm our unflinching support for and alliance with the working people of Nigeria in both the formal and informal sectors of the economy, even if regret the actions taken by the leaders of their organised centers.
Finally, we wish to affirm that ten days of mass actions and protests united around a common cause have contributed more to building national unity and laying the foundations for a new united and stronger Nigeria than the previous decade of bad governance! We affirm that we are the patriots, and insist that those who have always sought to divide us on ethnic and or religious basis, are the real enemies of the our country, and it does not matter whether they in or out of government.
Once again we salute the courage and determination of Nigerians in prosecuting this struggle to its logical conclusion, and affirm that a New progressive and socially transformed Nigeria is emerging from our collective struggle.
Jaye Gaskia                                                                         Kenn Henshaw
National Convener                                                           General Secretary
United Action For Democracy  [UAD]                      United Action For Democracy  [UAD]
Posted by PublicInformationProjects at 09:40 No comments: 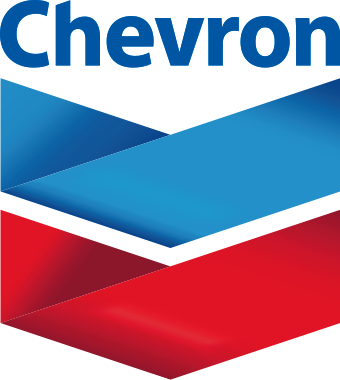 Credit: Reuters
Two workers were missing after fire broke out on a drilling rig in Chevron's Funiwa oil facility in southeast Nigeria on Monday, Chevron said.

"Search and rescue has successfully found 152 of 154 personnel. We expect all of those rescued to be onshore and checked medically. The fire is still burning. Early well control activation is ongoing," Chevron spokesman Scott Walker said.

Local people reported a loud explosion on the rig early on Monday. "I heard a really loud bang and there was a fire," local village chief Young Fabby, 55, said by telephone.
Walker earlier said Chevron was "still investigating the incident and ... working to fully understand what happened." He said the fire broke out on the K.S. Endeavor jack-up rig.
There was some "sheen around the well that is being investigated," he said.
Posted by PublicInformationProjects at 00:58 No comments: