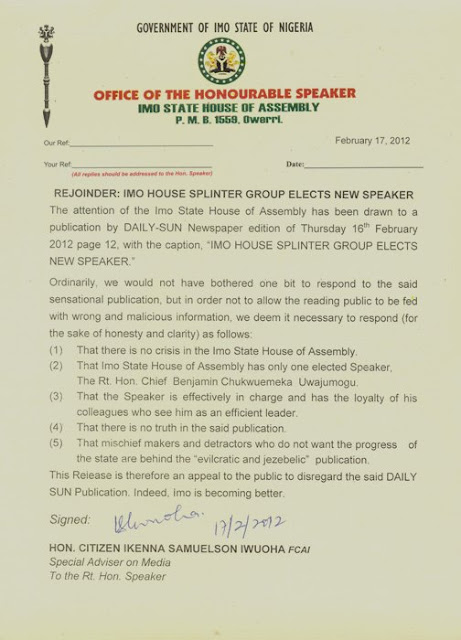 Posted by PublicInformationProjects at 10:10 No comments:

The Federal Government of Nigeria will on Wednesday February 29th, 2012 in a second debt auction this year, issue 70 billion naira in sovereign bonds to mature in 2019 and 2022, the Debt Management Office (DMO) said yesterday.
DMO said it will sell 35 billion naira of each of the bonds. chidi opara reports learned that Previous issues in the auction result are expected to be re-opened the following day.
DMO further said that it reserves the right “to alter the amount allotted in response to market conditions,"
The Federal government of Nigeria issues sovereign bonds monthly mainly to fund its budget deficits.
The Central Bank of Nigeria (CBN) also announced that it would auction treasury bills worth 149.65 billion naira next week.
Posted by PublicInformationProjects at 02:58 No comments: