Speech: “Investing In A Clean Energy Future” By President Obama

Hi, everybody. I’m speaking to you this week from a factory in Petersburg, Virginia, where they’re bringing on more than 100 new workers to build parts for the next generation of jet engines.

It’s a story that’s happening more frequently across the country. Our businesses just added 233,000 jobs last month – for a total of nearly four million new jobs over the last two years. More companies are choosing to bring jobs back and invest in America. Manufacturing is adding jobs for the first time since the 1990s, and we’re building more things to sell to the rest of the world stamped with three proud words: Made in America.
And it’s not just that we’re building stuff. We’re building better stuff. The engine parts manufactured here in Petersburg will go into next-generation planes that are lighter, faster, and more fuel-efficient.
That last part is important. Because whether you’re paying for a plane ticket, or filling up your gas tank, technology that helps us get more miles to the gallon is one of the easiest ways to save money and reduce our dependence on foreign oil.
The recent spike in gas prices has been another painful reminder of why we have to invest in this technology.   As usual, politicians have been rolling out their three-point plans for two-dollar gas: drill, drill, and drill some more.  Well, my response is, we have been drilling.  Under my Administration, oil production in America is at an eight-year high.  We’ve quadrupled the number of operating oil rigs, and opened up millions of acres for drilling.
But you and I both know that with only 2% of the world’s oil reserves, we can’t just drill our way to lower gas prices – not when consume 20 percent of the world’s oil. We need an all-of-the-above strategy that relies less on foreign oil and more on American-made energy – solar, wind, natural gas, biofuels, and more.
That’s the strategy we’re pursuing.  It’s why I went to a plant in North Carolina earlier this week, where they’re making trucks that run on natural gas, and hybrid trucks that go further on a single tank.
And it’s why I’ve been focused on fuel efficient cars since the day I took office. Over the last few years, the annual number of miles driven by Americans has stayed roughly the same, but the total amount of gas we use has been going down. In other words, we’re getting more bang for our buck.
If we accelerate that trend, we can help drivers save a significant amount of money. That’s why, after 30 years of inaction, we finally put in place new standards that will make sure our cars average nearly 55 miles per gallon by the middle of the next decade – nearly double what they get today. This wasn’t easy: we had to bring together auto companies, and unions, and folks who don’t ordinarily see eye to eye. But it was worth it.
Because these cars aren’t some pie in the sky solution that’s years away. They’re being built right now – by American workers, in factories right here in the U.S.A. Every year, our cars and trucks will be able to go further and use less fuel, and pretty soon, you’ll be able to fill up every two weeks instead of every week – something that, over time, will save the typical family more than $8,000 at the pump.  We’ll reduce our oil consumption by more than 12 billion barrels. That’s a future worth investing in.
So we have a choice.  Right now, some folks in Washington would rather spend another $4 billion on subsidies to oil companies each year. Well you know what?  We’ve been handing out these kinds of taxpayer giveaways for nearly a century.  And outside of Congress, does anyone really think that’s still a good idea?  I want this Congress to stop the giveaways to an oil industry that’s never been more profitable, and invest in a clean energy industry that’s never been more promising.  We should be investing in the technology that’s building the cars and trucks and jets that will prevent us from dealing with these high gas prices year after year after year.
Ending this cycle of rising gas prices won’t be easy, and it won’t happen overnight. But that’s why you sent us to Washington – to solve tough problems like this one. So I’m going to keep doing everything I can to help you save money on gas, both right now and in the future. I hope politicians from both sides of the aisle join me. Let’s put aside the bumper-sticker slogans, remember why we’re here, and get things done for the American people.
Thank you, God bless you, and have a great weekend.
Posted by PublicInformationProjects at 08:38 No comments: 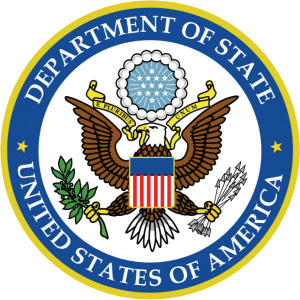 Financial Institutions and/or non-financial businesses and professions or other value transfer systems engage in transactions involving significant amounts of proceeds from all serious crimes.

Click Here To Read Report
Posted by PublicInformationProjects at 03:41 No comments:

Today I have consulted with the IMF’s Executive Board and on that basis, as discussed with the Greek government, I intend to recommend a €28 billion (about US$36.7 billion) arrangement under the Fund’s Extended Fund Facility (EFF) to support Greece’s ambitious economic program over the next four years.
Restoring competitiveness and a sustainable fiscal position will require Greece to undertake sustained and deep structural reforms over a prolonged period. My decision to recommend to the IMF’s Executive Board that the Fund should continue to assist Greece in this endeavor by providing substantial financial support over an extended period of time would be commensurate with the long-term nature of the challenges facing Greece and with the significant financial contributions provided by the private sector and by Euro Area member states. The scale and length of the Fund’s support is a reflection of our determination to remain engaged.
I welcome the cooperation of the private sector in participating in the debt exchange offer by the Greek authorities. This is an important step that will dramatically reduce Greece’s medium-term financing needs and contribute to debt sustainability. The IMF’s continued support would be part of an integrated package where all parties—the Greek government, its European partners, the private sector, and the Fund—would play their part to help the Greek people overcome this crisis and over time restore growth, thus contributing to broader global financial stability.
I will put this proposal to the IMF’s Executive Board next week for review.
Christine Lagarde
Managing Director,
International Monetary Fund (IMF)
Posted by PublicInformationProjects at 01:53 No comments: