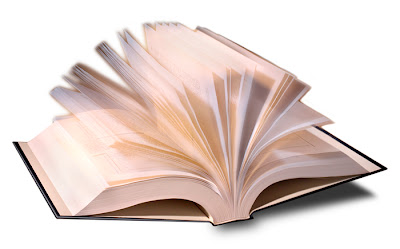 By Adrian Versteegh
Culled From: Poets And Writers
To mention the term “self-publishing” only a few years ago was to evoke an image quite likely involving predatory vanity presses, desperate writers paying to play, handfuls of shoddily produced books foisted on obliging friends and family, and stacks of remainders left to molder in attics and garages. Thanks to the accessibility of new digital tools, that picture is expanding. The e-publishing world holds new promise for writers venturing out on their own, bolstered by digitally charged success stories such as that of twenty-seven-year-old Amanda Hocking, who in less than two years earned $2.5 million from a series of novels she self-published through Amazon, ultimately scoring a multimillion-dollar contract with St. Martin’s Press.

Or take the case of thriller writer and self-publishing evangelist Joe (J. A.) Konrath, who in just the first few weeks of the New Year made an unprecedented one hundred thousand dollars from sales of works released via Kindle Direct Publishing, Amazon’s DIY platform.

“We can directly and instantly reach hundreds of millions of consumers in a global marketplace,” Konrath wrote on his blog, A Newbie’s Guide to Publishing. “We can set the list price, and we get to keep the majority of that list price. This has now become the best way in the history of mankind for a writer to earn money.”

Less hyperbolically, U.K. journalist Mark King, who released his novel, The Life and Death of Henry Black, through Kindle Direct Publishing last summer, emphasizes the creative over the remunerative satisfactions of self-publishing. “I’ve made little more than a few hundred pounds,” he wrote in an article about the project in the Guardian, “but I want as many people as possible to read [the book]. Most importantly, I believe in the book, and e-publishing has allowed me to see if others believe in it too.”

A growing number of authors are finding that readers are believing. Of the one hundred fifty titles on the 2011 USA Today best-seller list, a remarkable fifteen were self-published. And in November, Hocking—whose work is chiefly of the vampire-fantasy variety—joined David Baldacci, Suzanne Collins, Stieg Larsson, Stephenie Meyer, Kathryn Stockett, and a handful of other writers in the so-called Kindle Million Club, a roundup of top-selling e-book authors. But before dismissing DIY e-publishing as the preserve of genre novels, business manuals, and self-help books, it’s worth remembering that George Bernard Shaw, Gertrude Stein, Mark Twain, Virginia Woolf, Walt Whitman, and an impressive host of other literary lions experimented with self-publishing projects during their own careers.

For writers looking to enact their own experiments in the digital realm, there’s no shortage of options. The industry offers two basic pathways to digital self-publication: Writers can go through a major e-book retailer, which may back a proprietary device and format, or use an aggregator, which often offers editing, design, and marketing services, and then also distributes titles to big vendors. Among the former, the dominant player by far is Amazon, whose Kindle Direct Publishing platform offers a royalty rate of 70 percent for titles priced from $2.99 to $9.99 (so long as that figure remains 20 percent below the lowest list price for any print editions on the market) and 35 percent at other price points. But the retailer has rankled some authors and indie press supporters by requiring that Kindle Direct titles included in the Kindle Lending Library be bound by a ninety-day exclusivity agreement, effectively barring participants from taking advantage of other sales platforms.

Barnes & Noble, Amazon’s chief competitor in the e-reader market, doesn’t make exclusivity demands for its PubIt! program, which supports the popular ePub open format and offers royalty rates of 65 percent for books priced $2.99 to $9.99 and 40 percent for others. Google offers free inclusion of self-published PDF books in its massive eBookstore through the Google Books Partner Program. But attention this season is directed chiefly at Apple, which, with the launch of a new self-publishing platform this past January, could be positioning itself to upend the book business with the same ferocity it showed toward the music industry. Using the iBook Author app, writers can import word processing and other media files directly into a range of user-friendly templates, creating enhanced e-books that take full advantage of the iPad’s capabilities. Yet as with the company’s notoriously well-policed App Store, Apple also enforces the most stringent requirements for inclusion: Uploads must come preregistered with an ISBN and—controversially—are bound by an end-user licensing agreement stipulating that titles created using iBook Author may only be sold through iBookstore.

Clearing these various hurdles is where an aggregating service can become invaluable. Long-time e-publishing- player Smashwords (whose CEO, Mark Coker, has been among the most vocal critics of Amazon’s exclusivity policies) allows authors to add their works to iBookstore as well as platforms that don’t currently permit direct submissions, such as the Sony Reader Store, Kobo, and the Diesel e-Book Store. The company offers a 60 percent royalty rate based on retail price and gives writers control over pricing, preview permissions, and distribution. Meanwhile, relative newcomer BookBaby distributes titles to the majors and gives authors a 100 percent return on retail sales, but requires annual fees from participants. Similar enterprises—such as BookBrewer, eBookIt, and FastPencil—either offer paid prepublication services or charge up-front fees before sending e-books to market.

Clearly, the variations in royalty schemes, exclusivity stipulations, and retailer support can make it difficult for writers to navigate the self-publishing landscape. Online outlet Lulu, for example, distributes its members’ e-books to both Barnes & Noble and Apple, but the additional 30 percent cut the latter demands for sales through its iBookstore reduces an author’s take to 50 percent. On the other hand, Lulu also offers print-on-demand services, which may provide some compensatory appeal for those looking to leverage multiple formats. Interested writers will need to parse the economics carefully, weighing the trade-offs between exposure and returns.

Self-publishing success stories currently making headlines are, as is typical in the writing world, the exceptions. Most self-published authors count themselves lucky just to achieve a paltry side income. But the real benefits of emerging digital platforms may go beyond monetary incentives; for the optimistically minded at least, they promise a revolution in reach and control. As pressure grows for writers to master new skills—design, distribution, marketing and promotion, and the social media–driven courtship of readers—the practice of writing itself is evolving into more than mere composition, and new tools are allowing an unprecedented degree of involvement in the full scope of one’s own creative work.

(Adrian Versteegh is a journalist and a PhD candidate at New York University, where he runs Listen to Academia, a project that explores the relation between writing and sound. He lives in Paris and New York City).
Posted by PublicInformationProjects at 10:56 No comments: 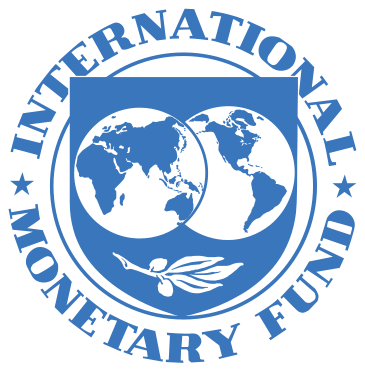 Kenya’s economic reform has started to produce results: Following considerable pressures in the second half of 2011, inflation has started to decline, the shilling has stabilized, overall public debt is trending downward, and economic growth has continued despite the drought in the Horn of Africa and the sovereign debt crisis in Europe.

Nevertheless, risks have heightened and challenges remain: A turn for the worse in global economic and financial conditions could dampen Kenya’s growth prospects and widen the external current account deficit. Therefore, policies should bring domestic demand growth in line with that of supply in order to improve the external position. The current tight monetary policy stance should continue until there is clear evidence that expectations of low inflation have taken hold.

Policy performance remained in line with the program during the second half of 2011: The fiscal deficit was lower than projected thanks to strict expenditure control, and the shift in monetary policy during the last quarter of 2011 allowed for an accumulation of international reserves beyond projected levels. Moreover, the new Public Financial Management Bill was submitted to the Commission on the Implementation of the Constitution, allowing for the consideration of this landmark piece of legislation by the National Assembly.

Economic prospects for 2012 remain favorable: with gross domestic product (GDP) projected to grow at above 5 percent if the impact of the drought recedes, security conditions improve, and smooth implementation of the new Constitution proceeds. Continued fiscal consolidation and tight monetary policy will bring inflation back to single digits, keep domestic demand under control, and reduce the current account deficit, laying down the conditions that would allow for an eventual decline in interest rates.

The authorities and the mission agreed, ad referendum, on economic policies and reforms to maintain macroeconomic stability and promote growth prospects while ensuring debt sustainability. In particular:
“The Executive Board of the IMF is tentatively scheduled to consider completion of the third program review under the ECF arrangement in April 2012. Upon approval the IMF would disburse the third tranche of the loan for an amount of about US$110 million, bringing disbursements under the arrangement to SDR 272.75 million (about US$440 million).”

Domenico Fanizza
Leader
IMF Mission To Kenya
Posted by PublicInformationProjects at 03:29 No comments:

Michael Lopez-Alegria, NASA's most experienced space walker and the American holding the record for the single longest spaceflight mission, has left the agency.
Lopez-Alegria flew on four missions and performed 10 spacewalks during his career. He most recently served in the Flight Crew Operations Directorate at NASA's Johnson Space Center in Houston as assistant director for the International Space Station (ISS).
During his career, Lopez-Alegria logged more than 257 days in space, including 215 days as commander of the Expedition 14 mission to the ISS, which stands as the single longest spaceflight by an American. Lopez-Alegria also logged more than 67 hours during his 10 spacewalks, more than any other American, and second only in the record books to Russian cosmonaut Anatoly Solovyev.

Lopez-Alegria flew on three space shuttle missions. The first, STS-73 in 1995, focused on science experiments. He then served as NASA's director of operations at the Yuri Gagarin Cosmonaut Training Center in Star City, Russia, where he was in charge of American astronauts training for flights to the Russian space station Mir and the ISS. Lopez-Alegria later flew on STS-92 in 2000 and STS-113 in 2002, delivering critical truss elements to the station.
Expedition 14 Commander Lopez-Alegria and his crew launched to the ISS on a Soyuz spacecraft from the Baikonur Cosmodrome in Kazakhstan on Sept. 18, 2006. This fourth and final mission earned Lopez-Alegria the spaceflight record. The crew conducted a seven-month mission to operate, maintain, build and use the station and its science facilities. During the expedition, two uncrewed Russian Progress cargo vehicles arrived and departed the station and a space shuttle assembly mission reconfigured the station's power supply. Lopez-Alegria's mission ended with a Soyuz landing on the Kazakh steppe on April 21, 2007.
Release By: NASA
Posted by PublicInformationProjects at 02:45 No comments: