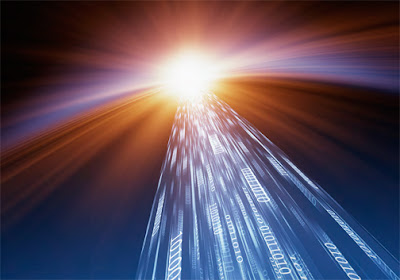 “The Global Information Technology Report 2012 is a special project within the framework of the World Economic Forum’s Centre for Global Competitiveness and Performance and the Industry Partnership Programme for Information Technology and Telecommunications Industries. It is the result of collaboration between the World Economic Forum and INSEAD”.


Click Here To Read Report
Posted by PublicInformationProjects at 06:39 No comments: 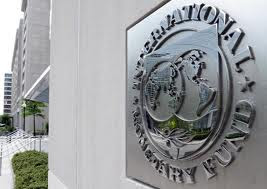 Economic activity decelerated in 2011, with a real GDP growth rate of 4.2 percent following real growth in 2010 of 7.9 percent. This is largely explained by a contraction in cereal production following drought conditions experienced in 2011. Inflation remained contained for most of the year, but there was an increase toward the end of the year on account of food prices, reflecting a shortage of food supplies. The current account balance improved, reflecting favorable terms of trade and sustained production of gold and cotton.
“The authorities improved revenue performance further in 2011, as a result of sustained efforts to increase the efficiency of tax administration. Total expenditures were lower than expected, given lower externally-financed investment spending than programmed. As a result, the fiscal deficit narrowed to 2.5 percent of GDP, from 4.5 percent in 2010.

Implementation of the macroeconomic policies and structural reforms under the program remained strong in 2011, despite social unrest and political turmoil in Cote d’Ivoire early in the year, and the drought in the second half of the year. All quantitative performance criteria and most indicative targets were met. Some structural reforms agreed under the program were met, while others are in progress. Notably, current efforts by the government to minimize the difference between domestic and international fuel prices are welcomed, as this will help reduce significant losses being incurred by the state-owned oil company.

For 2012, the government faces significant policy challenges, including financing its comprehensive and well-targeted program to address the domestic food security crisis, while hosting a large number of refugees who have fled the recent political turmoil in Mali. In accordance with its new development program, the SCADD (Strategy of Accelerated Growth and Sustainable Development), the government is also financing an infrastructure investment program to reduce factor costs and strategic interventions, especially in agriculture, to encourage inclusive and sustained growth. Parliamentary and regional elections planned for 2012 will also weigh on public finances. The authorities will continue determined efforts to increase revenue collection and contain non priority expenditure and donors have made strong pledges of support, but residual financing needs are still anticipated.

Real economic activity is expected to rebound in 2012, in part due to the growth policies of the SCADD. Real GDP is forecast to reach a 7%, supported by a recovery in cereal production in the fall harvest, and sustained gold and cotton production. In the meantime, inflation is likely to remain high, largely due to ongoing food security issues. The current account deficit is expected to deteriorate to 4.8 percent of GDP, due to higher projected imports for food and the government’s investment program, as well as higher international fuel prices.

The mission had fruitful and collaborative discussions with the authorities, and reached understanding on a policy framework for 2012-13 that could form the basis for completion of the fourth review under the ECF arrangement. The Executive Board of the IMF is tentatively scheduled to discuss in May.

Release issued By:
IMF External Relations Department
Posted by PublicInformationProjects at 02:26 No comments: