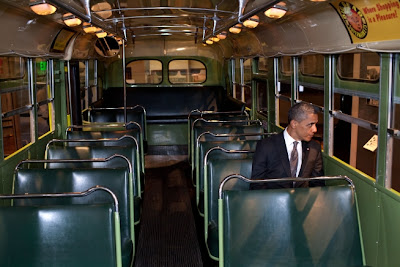 Posted by PublicInformationProjects at 07:50 No comments:

Jenifer walked into my room drunk. She sat down. ‘I've come’ she said, ‘to tell you the latest news about Rochas Okorocha ,your Governor in Douglas House,Owerri. Have you heard that he  has embarked on  another mass sack of Imo State Civil Servants, claiming that he is redeploying them to their LGA’s? ‘ She asked me.  ‘The news is that all workers in  Owerri  from level  9 to level 1 are going home’ She cried.

Who doesn’t know Jenifer in the neighbourhood? She was among the 10,000 Imo State Civil Servants that Governor Rochas  Okorocha  sacked  on  6th June 2011 for no good reason. Today, she hates Rochas with a passion for making her unemployed. She took up the vodka drinking habit since she lost her job in the Imo State Civil Service. She has dark skin, tiny boobs, long shiny dark hair, and brown eyes. She looks very athletic. Her cloth hugs her body; the lightest of cotton.

‘Okorocha wants to downsize ministries. He said that  each ministry will now have just 100 staff. Government House 100 and very big ministries 200 staff.He  addressed Civil Servants  at  the State Secretariat. He was booed. The workers booed him, showing him  shege’

I sat on the chair speechless, watching Jenifer arrange her long shiny dark hair before my sitting room mirror. The news of another mass sack in Imo State shocked me. I quickly made phone calls and discovered that  the news  is true. Jenifer  pulled her hair up and piled it on top of her head. She let her eyes look at my eyes, and then she dropped her hair and let it fall down in front of her face. Each time I see Jenifer in this mood, I feel her pains of unemployment and the sadness is so great.

Another mass disengagement of Civil Servants in Imo State in less than one year?.This  is in continuation of the anti poor, anti workers policies of Governor Okorocha. When he was  campaigning  for the peoples votes,he  ran, promising to be a 'Jobs Governor,' because he wanted Imolites  to believe that he  would make real progress putting people back to work. Nearly one year later, we have made no progress on jobs and he not  only has no answer on giving people jobs, he don’t think it’s his  job to offer one. He  is not creating jobs but is busy putting Imolites out of jobs. He has so far sacked more than 16,000 Imolites. He is now sending more persons home in the name of redeployment of Civil Servants to Communities to serve in an illegal Community Government Council.

The action of the Okorocha government is becoming more barbaric given the fact that in Imo State the Civil Servants constitute the largest proportion of salary earners with a large population of dependants. However, the criminal silence of NLC  in Imo state further reveals the real face of  the current  Imo NLC  chairman as  inhuman and anti-workers.

I hold the strong view that the government can afford to pay minimum wage to workers across Imo and in fact, implement more pro-masses policies without tears. Another mass sack of workers is a sorry development, especially because Imo is fabulously blessed with abundant human and natural resources, and remains a potential pool of the best of what humanity is blessed with if concerted effort is made to develop these huge resources. I am of  the opinion that to further reduce the strength of the  Civil Service  by sacking workers on the basis of right sizing is simply unacceptable. We say NO to this. Even the few available workers in the Civil Service  are simply not even enough.

I stood up , touched Jenifer’s  wrists and hands.I feel sorry for her.She was sacked months ago now her sister is about to be sacked. Our governor probably overlooked the fact that the average Nigerian worker has four dependents – at least two living with him.Why is he removing food from the table of the masses that voted him into power?

Okorocha should go for  policies in Imo  that  will place giving the people jobs  as his highest priority. We need reform to encourage a strong business economy and create jobs. This reform needs to reach every corner of our state, into every industry and every business large and small so that we can achieve a technological, industrial, and agricultural business renaissance here in Imo state.

Jenifer  walked away from the mirror. ‘This is not what we bargained’ she said. All the things we were told during the election, all the love we chased, all the good campaign promises, what happened to them?’ She asked.

‘ No be small thing-o’ I said  ‘While  the rank and file workers in Imo state  are  being asked to go home ,the governor continues to enrich himself more and more  at the expense of the citizens. If one were to count the amount of overseas trips, times the amount of out of pocket allowances that Okorocha  receives plus what is going on in our LGA’s in the name of caretaker government, it exposes the ugly underbelly of what he means when he said he was on a rescue mission.He is really rescuing his  pocket.’

Well, I'm going. I am angry. I hate Okorocha with a passion.’ She said .
I got  up and walked  her to the door. Just as she was leaving, she said, ‘Mr Uwadi, please buy me the rice you promised me, Mama Gold rice-o .No, I want Caprice, Caprice rice seems to be better’. I watched her walked away. See how Owelle has turned this young graduate into a beggar. There are many  Jenifers’ made unemployed by Rochas  out there in Owerri. Save us O God.

Posted by PublicInformationProjects at 07:43 No comments: