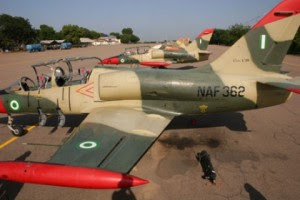 Posted by PublicInformationProjects at 12:21 No comments:

Article: Tackle Corruption And Impunity To End Poverty: A Call To Action

[Being Text of a News Conference Addressed By the United Action for Democracy [UAD] on 19th April 2012, in Abuja].
Introduction:
The United action for Democracy, UAD has been keenly observing the evolving situation in the country with respect to growing impunity on the part of those in government, growing poverty in the midst of plenty, and growing insecurity across the country.

At the recently held extraordinary and expanded session of its National Coordinating Council  meeting between March 2nd and 3rd, 2012 at the Women Development Centre in Lagos State the UAD reflected on the January uprising and the state of the nation, towards consolidating on the gains won by the popular masses, including;

a. Increased popular awareness of the extent and depth of corruption, impunity and poor governance that pervade the management of the Nigerian economy, especially the oil sector.

b. Heightened National consciousness as Nigerians rose and marched together demanding fundamental social change, while all artificial edifice of social, religious and cultural divides collapsed.

Delegates from old and new affiliates and solidarity organizations discussed extensively on the current situation in the country and the unfolding possibilities for building and holding popular power and resolved thus:

1.The January uprising was a popular upheaval of the poor and suffering Nigerian against the dire and worsening state of poverty, corruption and impunity in high places and disillusionment with the ruling elite in Nigeria which was ignited by the hike in fuel price.

2. The NCC in session commends the dedicated and tireless struggle of the masses during the uprising and considers the trade union suspension of the general strike at its peak as being rather unfortunate. UAD however notes that while the outcome was a partial victory because of the betrayal, Nigerian people all the same were victorious, because we dared to struggle.

3. The NCC in session was of the view that the UAD intensified mass mobilization along with other progressive social forces since the 8th UAD convention in Benin City in August 2011 was useful for forging solidarity of the masses across the length and breadth of Nigeria, towards the mobilizing for, organizing and coordinating the uprising.

4. Realizing that the Nigerian State is still committed to further hiking the price of petrol (according to PPPRA, the expected market opening price for petrol as at end of February is 165 Naira as against the 141 Naira in January), the UAD shall henceforth commence intensive mobilization in preparation for mass revolutionary action against this and other anti people policy and for system change.


5. The   UAD note the fact that revelations by the Federal House of Representatives on ‘Subsidy Regime Management’ confirm the position of UAD and the mass of Nigerians that it was the corrupt enrichment of a minority and not the affordability of fuel for the vast majority of Nigerians that was being subsidized. UAD however can perceive a pattern similar to the probe of the power sector which revealed massive corruption without any actions being taken. UAD thus calls for the prosecution of all individuals and corporate bodies found to have been the beneficiaries of the supposed ‘subsidy’. Further, we call we call for the immediate resignation or sacking of Dr. Ngozi Okonjo Iweala: Minister of Finance, Diezani Allison- Madueke: Minister of Petroleum, and Labaran Maku: the Minister of Information for their demonstrated culpability by acts of omission or commission in the fuel subsidy, the anti people hike in the price of petrol and the conscious promotion of lies to cover up the truth.

6. The UAD viewed the President Goodluck Jonathan scrapping of the hastily conceived SURE programme  as yet another demonstration of the bad faith and utter disdain of the Nigerian people by this regime in particular, and the ruling political elite in general. Considering the facts that monies accrued from January with the increase of N32 per litre over the amount appropriated in the 2011 budget that will not lapse until March 31st 2012; with the revelations of mismanagement of ‘subsidy’ funds; Nigerians cannot but be suspicious of how the funds generated from January are being spent. UAD thus calls for full disclosure on the matter to the Nigerian people.

7. Further, the UAD considered the upsurge of Boko Haram and sundry low intensity warfare in the country as being reflective of the fundamental contradictions of the country’s socio economic system. While noting the grouse of Nigerians against this system, UAD condemns acts of terror in whatever guise (by individuals, groups or indeed the state) against Nigerian citizens and call for the united action of Nigerians towards their self emancipation.

8. The UAD categorically condemns the looming hike in electricity tariff as being yet another anti people policy of the Nigerian State. It is noteworthy that billions of dollars have ostensibly been spent to improve the power supply but cannot be accounted for. Nigerian people must not be made to bear the brunt of corruption in high places. Nigerians must rise up in united action to stop this decay.

9. The UAD Calls For:
*The immediate release and full publication of the reports of the power sector, fuel subsidy, petroleum sector and pension probes;

*Immediate and full implementation of the fuel subsidy, power sector and pensions probe reports; prosecution and punishment of those implicated and indicted. Exemplary punishment to guilty companies;
*Immediate steps taken to determine actual daily consumption rate for petrol; actual daily production capacity for petrol by domestic refineries; and therefore actual daily import requirement for petrol. without determining these, there will always be fraud;
*And development and implementation of a 24 month strategic intervention plan to achieve self sufficiency in domestic refining capacity for petroleum products.

Conclusion:
The NCC enjoined its growing base of affiliates (old, new and aspiring) and state structures to consolidate on the expansion of networks of the masses as unity of the down trodden is central to our victory. It calls on affiliates to establish state coalitions or strengthen existing state coalitions across the country, particularly in all the states and cities where popular protests took place during the January Uprising.

It further realizes that the struggle of working people and youths in Nigeria is part of the global resistance of the 99% against the 1% of oppressors that has occasioned an era of global crisis. Our victory will be a plank for the victory of oppressed people around the world.

In demonstration of our resolve to ensure that corruption is tackled, impunity is punished, and plights of our people are addressed, the UAD calls on all Nigerians to joins us in a NATIONWIDE MASS ACTION ON 23RD AND 24TH [MON & TUES] APRIL 2012 to press for the implementation of these demands. 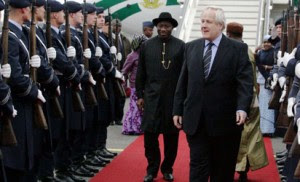 Posted by PublicInformationProjects at 02:51 No comments: