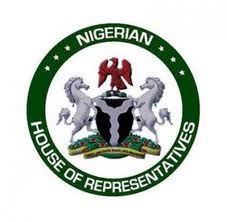 Prior to the public release of the House of Representatives’ Ad hoc Committee’s Report on the ‘Oil Subsidy Scam’, the Public Interest Lawyers League (PILL) received information from impeccable sources detailing how the Chair of the Ad hoc committee, Farouk Lawan solicited bribe and received bribe running into the sum of five hundred United States dollars from the oil tycoon, Femi Otedola. And in a sting operation reminiscent of that in which the British undercover reporter, the fake Sheikh, had become legendary, Otedola played out the archetypal Sheikh and Farouk Lawan got caught pants down. And as Otedola has since claimed, and as the Public Interest Lawyers League’s sources have consistently claimed, the bribe transaction was caught on camera.
Beyond the fact of Farouk Lawan being the fall guy, at least in the eyes of the Nigerian public so far, there is something sinister about the way the network of corruption works in the House of Representatives. Farouk Lawan is merely the face, disgraced by the outcome of his own perfidious adventure, of an orchestrated network of members who work the committee system to intimidate and harass sections of our polity for bribes. The committee system feeds into the culture of settlement and patronage promoted by the leadership of the House. No one becomes chairman, or vice chairman and, or a member of a juicy committee if that individual has no capacity to deliver the perfidious. To deliver means to make monetary returns to the Speaker.
Facts And Questions:
The information available to PILL suggests that the Speaker, Honourable Aminu Tambuwal was informed of the activities of the Ad hoc committee chair, Farouk Lawan, a week before the report was released. This fact is today of public knowledge. It is also in the public domain that Aminu Tambuwal confronted Farouk Lawan with the video clip of his criminal misdemeanour. Lawan is reported to have owned up, partly to a certain sum and not the bribe sums in full. However, further revelations have forced Lawan’s hands and he has since accepted receiving the sum of five hundred thousand dollars from Femi Otedola. The questions that arise are:
1. Why didn’t the Honourable Speaker call in the Law Enforcement Agencies knowing that a prima facie case of solicitation, bribe giving and receiving had taken place?
2. Why didn’t the Speaker disband the Ad hoc Committee or asked Farouk Lawan and Boniface Emenalo to step aside?
3. Why didn’t the Speaker initiate a process within the House to discipline the members so fingered?
4. Why didn’t Speaker intimate Nigerians of the shenanigans that had taken place in the House?
The Speaker did nothing. Farouk Lawan was the Speaker’s principal pick to head the Ad hoc committee, and the Speaker’s decision was either borne out of a warped commitment to our country or he misjudged his men. Public Interest Lawyers League thinks it is neither. He protected his men.
More Facts:
Farouk Lawan, like his other colleague, Herman Hembe, began shopping for bribe the moment the Ad hoc committee commenced its work. And he busied himself reaching out to oil marketers using his frontman, Jerry Alagboso.
The Public Interest Lawyers League (PILL) is aware that at 1:20am of the morning of 18th April 2012, Farouk Lawan personally turned up at the Abuja home of the former Minister of Interior, Captain Emmanuel Iheanacho for collection of bribe that sadly didn’t materialise because Captain Iheanacho insisted that his company, Integrated Oil and Gas Limited, had done no wrong. Subsequent perfidious bribe solicitations were arranged by the frontman, Jerry Alagboso, House member from Imo state, at his Apo Legislative Quarters’ home in Abuja. And his home became the first place of contact for those who sort to reach out Farouk Lawan and Boniface Emenalo. And Boniface Emenalo was sadly the bribe collector for the syndicate.
In the light of the above, therefore, the Public Interest Lawyers League makes the following demands:
a. That Jerry Alagboso, Farouk Lawan, Boniface Emenalo and other members of the ad hoc committee should be arrested immediately by the police and investigation should commence without delay into the proceedings of the committee to determine the extent of culpability of its individual members;
b. That Captain Iheanacho and Femi Otedola should be arrested and questioned by the police to determine the extent of their criminal complicity in the bribe saga;
c. That the Speaker of the House of Representatives, Honourable Aminu Tambuwal should immediately resign his position to allow for proper investigation into the activities of some committees of the House.
d. That the report of the ad hoc committee on oil subsidy scam be suspended until the extent of the individual culpability of members of the committee is established.

Posted by PublicInformationProjects at 11:52 No comments: