Posted by PublicInformationProjects at 11:48 No comments: 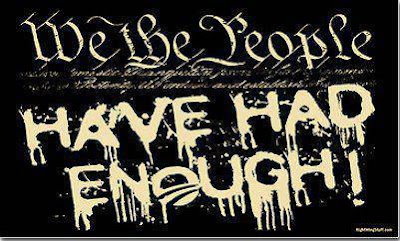 Introduction:
Nigerians woke up on New Year Day, January 1, 2012 to the sudden removal of subsidy enjoyed on Petroleum Products by the Federal Government, pushing the pump price from N65 per litre to N140-N200 per litre. There were spontaneous public reactions and demonstrations all over the country in opposition to the policy on fuel subsidy removal. The public outcry and massive protests led by the organized labour, both at the federal and state levels in collaboration with Civil Society Organisations (CSOs) and other stakeholders and opinion leaders in the country, were occasioned by the hardship caused on Nigerians particularly the vulnerable groups and over 60 per cent of the population living under grinding poverty thresholds of less than $1 per day. The failure of government to revert the policy made the Nigerian Labour Congress (NLC) and the Trade Union Congress (TUC) to jointly embark on a total nationwide strike action starting from the 9th day of January 2012 in order to presurise government to reverse the policy.

Nigerians both at home and in Diaspora rejected government's excuse of inability to tackle pervasive  corruption in the subsidy regime as its main reason for introducing the harsh policy suggesting instead that Government should exercise its constitutional authority by dealing with corruption anywhere it exists, including the oil and gas industry.

The protests and strikes grew in intensity with every new day, leaving the nation on a drifting path. As a way to try to reduce the tension the House of Representatives had to cut short its recess and reconvened to intervene in the national crisis with an aim of preventing its degeneration into anarchy. The House of Representatives at its emergency meeting on 8th January, set up a sub-committee of the House saddled with the task of mediating in the crisis on the basis of its resolution which had required the federal government to go back to the status quo before 1st January, while labour was to call off its intended strike, with civil society calling off the protests that had already begun. Furthermore after a week of general strike and mass protests, and the call off of same on the 16th of January, the House of Representatives in order to get to the root of the crisis established a Ad-Hoc committee to determine the actual subsidy requirement and investigate the implementation of the subsidy regime between 2009 and 2011.

The committee discovered that the fuel subsidy regime was fraught with endemic corruption and entrenched inefficiency. Much of the amount claimed to have been paid as subsidy was actually not for consumed Premium Motor Spirit (PMS) or petrol. According to the report, the committee established subsidy payment of N2,587.087 trillion as at 31st December, 2011, amounting to more than 900 percent over the appropriated sum of N245 Billion. The committee also unearthed several mind boggling revelations and proffered series of recommendations. As an instance, it recommended the refund to the national treasury the sum of N1.7 trillion by various agencies, marketers and institutions that were indicted by the report.

Review Of The NASS Fuel Subsidy Probe Report:
A one-day roundtable on   the Enforcement of the House of Representative Ad-Hoc Committee Report on petroleum subsidy, was organised by the Africa Network for Environment and Economic Justice (ANEEJ) in Abuja on Wednesday May 23, 2012. It was designed to provide a platform for CSOs to engage relevant agencies and other stakeholders in Nigeria to ensure that the recommendations contained in the House of Representatives  Fuel subsidy probe report as finally adopted by the whole House, are diligently and urgently implemented in the overall interest of Nigerians.

Participants at the roundtable which were drawn from Civil Society Organisations [CSOs],  Nigeria Labour Congress, NLC, Trade Union Congress, TUC, academia, the Media and the International Development Agencies among others, expressed absolute disappointment about the high level of corruption, inefficiency and serious breach of constitutional provisions and the procurement law and processes as exhibited by some highly placed institutions and individuals that were involved in the petroleum subsidy contracts in Nigeria and consequently resolved that June 28, 2012 be set aside as a National Day of Action to press all relevant agencies of Government to take decisive action on the enforcement of the HoR’s  recommendations. A 10-member Action Committee was mandated to prepare for and prosecute a National Day of Action and come up with operational guidelines and work plan for a campaign.

The Group met in ANEEJ Advocacy office in Abuja and came up with the theme and name; "End Impunity Now" for the Campaign.

Emerging Issues:
In the past few days, Nigerians have been following allegations of one of the major players in the petroleum sector, Mr. Femi Otedola against the suspended Chairman of the National Assembly Ad-hoc Committee on Petroleum subsidy probe, Mallam Lawan Farouk. Nigerians are also resolved that all allegations of corruption should be investigated and offenders punished according to law. Nigerians are equally united that the bribery allegation must not be used as distraction with respect to the enforcement of the recommendations of the  Fuel subsidy probe report.For the avoidance of doubt, two issues are involved here: the massive scale and scope of unacceptable and unsustainable fraud in the management of the subsidy regime; as well as the alledged bribery involving key persons in the Ad-Hoc committee that investigated the fraud. Both should be treated with equal amount of seriousness, urgency and firmness. Nothing should be done to give the impression that anyone is above the law [whether alledged oil subsidy thieves or bribe takers]; nor should anything be done to indicate that findings of this report will be discarded or treated with levity, while the impunity in the conduct of government business will continue unabated.

What We Expect On June 28, 2012:
The End Impunity Now Campaign is organizing a mass rally in collaboration with other Civil Society Organisations, Labour, and media in Abuja on June 28, 2012 beginning at 9:00 am with the following objectives:
o   Encourage the Federal Government to walk the talk on corruption in the oil sector
o   Gathering and Finalizing petitions to the Presidency, the EFCC, ICPC, Bureau of Public Procurement, Civil Service Commission, National Assembly, and other agencies.

We expect all Civil Society Organisations, Labour Movements, Market Women, Progressive Politicians, Peasants, Artisans, Media Organisations (Print and Electronic), Civil Servants, Musicians, Farmers, Business men and Women,  to carry out both indoor and outdoor activities to pressure the Executive Arm of  Government to enforce the recommendations of the report even as investigations into all allegations concerning the fuel subsidy probe and the National Assembly Ad-hoc Committee on Fuel Subsidy continue. You can also use social media to carry out your activities.

Let's Together End the Culture of Impunity In Nigeria Now! Take Action, In Your Organization, Community, Local Government, State and geo-political zone!

Endorsement
Posted by PublicInformationProjects at 02:24 No comments: