Due to the imminent retirement of Nigeria’s Chief Justice, Justice Dahiru Musdapher, the Nigerian President, Dr. Goodluck Jonathan have nominated Justice Aloma Mariam Muktar as the next Chief Justice of Nigeria, in accordance with section 231(2) of the constitution.

The nomination was contained in a letter from the Presidency to the President of the Nigerian Senate, Senator David Mark yesterday.

The Senate; Nigeria’s upper parliament is responsible for the screening and approval of nominees to the Supreme court and the office of the Chief Justice of Nigeria.


Justice Aloma Mariam Mukhtar was born on November 20, 1944, had her education at St. George Primary School, Zaria, St. Bartholomew’s School, Wusasa, Zaria, Rossholme School for Girls, East Brent, Somerset, England, Reading Technical College, Reading, Berkshire, England, Gibson and Weldon College of Law.
She was called to the English Bar in November, 1966 and to the Nigerian bar in  July 1967.
She worked as State Counsel, Ministry of Justice, Northern Nigeria, 1967, Office of the Legal Draftsman, Interim Common Services Agency, Magistrate Grade I, 1971, Chief Registrar, Kano State Judiciary, 1973, Judge of the High Court of Kano State, 1977-1987, Justice of the Court of Appeal, 1987-1993, Presiding Justice of the Court of Appeal, 1993-2005. Justice of the Supreme Court (JSC) since 2005.

She is married with children.


Posted by PublicInformationProjects at 12:34 No comments: 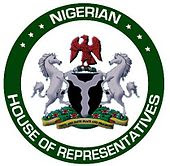 Nigeria’s lower parliament, the House of Representatives have in a resolution yesterday called on the National Youth Service Corps(NYSC) headquarters to cancel postings of NYSC members to regions that are volatile.

NYSC headquarters was asked to re post any members already posted to these volatile areas to places that are safer.

Motion for the resolution was tabled on the floor of the House during plenary session. The motion requested that the suggested method of posting should be adopted till the volatile regions are considered safe.

The motion further suggested that only members who opt to serve in the volatile regions should be posted to such places.

The motion was moved by Hon. Peter Edeh (ANPP-Ebonyi).

Edeh said that the posting of NYSC members to volatile areas  have been causing a lot of public concern.

The motion was however opposed by Hon. Ahmed Kaita (CPC, Katsina) and Kaka Kyari Gujbawu (PDP, Borno) on the ground that the method suggested by the motion would defeat the aim of the NYSC scheme.

But Hon. Bitrus Kaze (PDP, Plateau) supporting the motion, reiterated that NYSC members were targets of violence in volatile areas of the country immediately after the 2011 presidential election.

The motion was passed with a wide majority. The Deputy Speaker, Hon. Emeka Ihedioha presided over the plenary session.

Bernardine Evaristo, head Judge of the award  last Monday announced Babatunde as winner of the award whose prize money is £10,000  at the Bodleian Library in Oxford.

“’Bombay’s Republic” vividly describes the story of a Nigerian soldier fighting in the Burma campaign of World War Two. It is ambitious, darkly humorous and in soaring, scorching prose exposes the exploitative nature of the colonial project and the psychology of Independence,” the citation read.

Rotimi Babatunde’s prose and poetry have been published in journals all over the world.

Posted by PublicInformationProjects at 03:08 No comments: