Posted by PublicInformationProjects at 11:43 No comments: 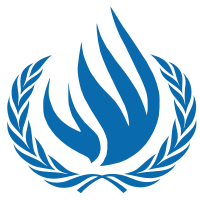 The United Nations Human Rights Council yesterday endorsed a resolution supporting freedom of expression and information on the Internet.

The resolution was sponsored by Nigeria, United States of America, Brazil, Sweden, Tunisia and Turkey.
Egypt, India, Indonesia and other co-sponsored the resolution.

The resolution was adopted in Geneva and affirmed that freedom of expression and information also applies to the Internet, it called on all nations to facilitate access to the Internet.

The Council was created by the United Nations General Assembly on 15 March 2006 by resolution 60/251. Its first session took place from 19 to 30 June 2006. One year later, the Council adopted its "Institution-building package" to guide its work and set up its procedures and mechanisms.

Among them were the Universal Periodic Review mechanism which serves to assess the human rights situations in all United Nations Member States, the Advisory Committee which serves as the Council’s think tank providing it with expertise and advice on thematic human rights issues and the Complaint Procedure which allows individuals and organizations to bring human rights violations to the attention of the Council.

The Human Rights Council also works with the UN Special Procedures established by the former Commission on Human Rights and now assumed by the Council. These are made up of special rapporteurs, special representatives, independent experts and working groups that monitor, examine, advise and publicly report on thematic issues or human rights situations in specific countries.

When creating the Human Rights Council in March 2006 the United Nations General Assembly decided that the Council’s work and functioning should be reviewed five years after it had come into existence at the level of the General Assembly.
Posted by PublicInformationProjects at 06:59 No comments: