Background And Context:
Our party derives from a call issued to challenge activists to step out, take up the epochal challenge of establishing a radical, left alternative political platform to challenge the treacherous, treasury looting and kleptomaniac ruling class for political power.

From Protest To Power, Street To Service:
A CLARION CALL TO ACTIVISTS AND COMPATRIOTS FOR URGENT POLITICAL ACTION TO SALVAGE OUR COUNTRY NIGERIA!

Background And Context
For a generation the world has been passing through tumultuous and chaotic times, defined and characterised by the most severe and all embracing systemic crises of the global capitalist system. The crisis is at once a food, financial, economic, environmental/ecological, social and political one. And rather than abate it has continued to deepen since its dramatic emergence with the food price crisis of 2007 and the epochal collapse of Leyman Brothers, signaling the collapse of the financial system in 2008.

Since its inception, the crisis of the global market system has led to not only the dramatic collapse followed by bailouts of large corporations, but also of whole national economies – Iceland, Ireland, Greece, and the struggling and near collapsed Spanish, Portuguese, and Italian economies. The Eurozone crisis has become the most enduring emblem of this global crisis.

In Nigeria, this deep rooted crisis of neo-liberalism is compounded by the epochal ineptitude, political and economic incompetence, as well as the selfish pecuniary interests of a parochial, provincial, pedestrian, and thieving treasury looting ruling class and political elite.

This disastrous infliction on the nation includes loss of one million industrial jobs with closure of over 1,000 industrial enterprises over a 10 year period; industrial capacity utilisation wavering around 35%; fratricidal hostilities bordering civil war; continuing ethno/religious strife orchestrated by the counter mobilisations of ethnic and religious fractions/factions of the ruling class; and increasing impoverisation of overwhelming majority of the toiling citizens. According to the most recent data from the government’s National Bureau of Statistics (NBS), 62.5% of Nigerians live in absolute/abject poverty, while 70% live in relative poverty (that is 101/112 million out of a population of 166 million); rising unemployment (over 25% national average, and over 33% for youths); rising inflation and its attendant rising cost of living and decreasing condition of living of citizens; and even more significantly the organised unconscionable looting of the treasury that has now reached alarming unsustainable scale. Over 2.5 trillion Naira was lost to fraud in revelations between January 2011 and May 2012 alone. This figure is more than 50% of the annual federal budget, an alarming equivalent of the annual national budgets of virtually all the ECOWAS countries combined!

HOW THE EXPLOITED, OVER BURDENED AND IMPOVERISHED RESPONDED
Across the world the response of the ruling classes have been to increase the hardship of the exploited and oppressed working peoples, by shifting the burden of the stabilization and recovery of the global economy to the subordinate classes. The response of the impoverished, unemployed, overexploited and politically unrepresented majority of the citizens has been a massive global wave of resistance, which has produced the Arab Spring in the Middle East and North Africa (MENA region); the general strike and anti-austerity resistance movement in Europe that has led to the collapse of sitting governments: Greece, Ireland, Ice Land, Spain, Portugal, Italy, France, UK, Netherlands, etc.

While the fall from power of Benedine Ali, Mubarak, and Gadaffi has been quite dramatic; the governmental collapse in Greece and Italy, as well as the most recent electoral outcomes in France and Greece (where anti austerity parties were voted into power or received the largest share of the votes), have been no less dramatic.

In Nigeria, the response of the Ruinous Ruling Class, compounded by the need to raise revenue to cover up the previous unprecedented scale of looting of the treasury and refill the treasury in order to ensure a sustainable basis for treasury looting engendered and produced THE HISTORIC JANUARY UPRISING – The most wide spread and national (across more than 55 cities]; longest lasting (one week of general strike and 12 days of mass street protests); as well as most successful general strike and Mass Action in the history of Nigeria.

WHAT IS TO BE DONE? A CALL TO DUTY AND ACTION!
Evident from the global experience of the Arab spring, the political convulsions in Europe, and our experience in the January Uprising are:
·
A definite and clear-cut alternative to deprivation, autocracy and the political and economic brigandage of the global ruling class must be built.
·
hThis clear-cut alternative must be politically organised and must seek political expression; this alternative must eventually take on the ruling class and contest for power.
·
This clear-cut alternative cannot be provided by, nor organised and led by the current political elites; neither their conservative nor progressive/social democratic wings. This particular point is even more poignant in Nigeria where both wings of the ruling class have collectively looted the treasury and governed with impunity as brigands in power.
·
This clear-cut political alternative which will reorganize society and implement an alternative economic policy framework that will prioritise people over profits, and wellbeing over growth; can only be organised by the elemental forces central to the organization, mobilization and coordination of the global resistance in each country. Here, the experience of Greece is very instructive in the rise and emergent electoral superiority of the radical left; an experience already presaged and buttressed in the victories on the organised radical and popular left movements in Latin America, in country after country since the last decade.
·
The most significant lesson of this moment in world history is that only by building a mass political protest and resistance movement can the decades/centuries old grip of the discredited ruling class/ruling political elite on power be broken. In this regard, we commit to deepening the mass resistance on the streets and in the workplaces, consolidating on the gains of the January Uprising in building such a party.

Without this mode of party building, as has been shown by recent experience in the Arab Spring (with victories for conservative Islamist Parties) and most recently in France (with victory for the Social Democratic Socialist Party); only the historically established parties of factions and fractions of the ruling class, forced by circumstance to be critical of the ongoing austerity based onslaught of the ruling elites, will become the political and electoral beneficiary of the mass resistance occasioned by the popular anger! It is thus incumbent on us to build a party that will deepen the protest movement and as well be capable of transforming street anger into political power.

It is in the light of the foregoing, and seizing the moment, by taking advantage of the global balance of class forces, that we issue this clarion call to all activists and compatriots agitated by the condition of our country; radicalized by the January Uprising, and desirous of salvaging our country, to begin a nationwide discussion and effort to build an alternative toiling people focused, popular mass based political platform to challenge the ruling political elite for power.

The clear lesson taught by the recent global experience of opposition to bad governance, economic incompetence and political brigandage, is the urgent need to make the transition FROM PROTEST TO POWER; FROM STREET TO SERVICE!

On our part, we are fully committed to the emergence of such a party, and in collaboration with as many activists and compatriots that believe in the necessity of this course of action, to soon produce and circulate a MANIFESTO for such a party.

We call on every Nigerian active and radicalized by the January Uprising to heed this call to action and join us in the journey to RECLAIM OUR HUMANITY, REMAKE OUR COUNTRY AND TAKE IT BACK FROM THE ALLIANCE OF TREASURY LOOTERS AND ROGUES!

Together we can and shall build this party and transform our country!

Posted by PublicInformationProjects at 11:12 No comments: 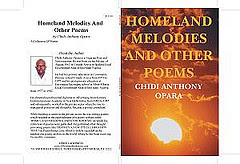 "Homeland Melodies And Other Poems". 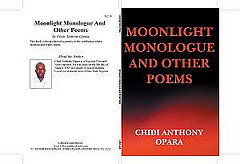 "Moonlight Monologue And Other Poems". 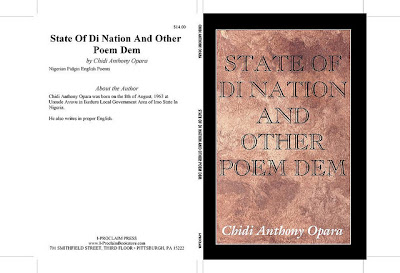 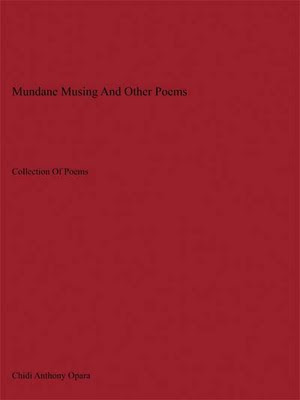 "Mundane Musing And Other Poems".

Purchase Link
Posted by PublicInformationProjects at 10:43 No comments:

Posted by PublicInformationProjects at 01:35 No comments: 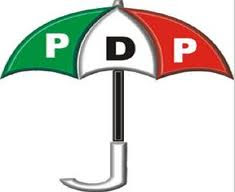 The Peoples Democratic Party has received with mixed feelings the results of the Edo State gubernatorial election in which the candidate of the Action Congress of Nigeria, Comrade Adams Oshiomhole has been declared winner.

While we await the reports of our monitors in different locations in the state in order to determine our next course of action, we commend the people of Edo State for their enthusiastic participation in the exercise.

In the course of our campaigns, we told the people that our entry into the race was not a do or die affair. We did our best to provide a credible alternative to the people of the state.

We shared their hope for a re-entry into the main stream of Nigerian Politics. We shared their sentiments in their yearning to join the list of progressive states administered by the PDP.

However, to our disappointment, the results as declared by INEC did not go our way.

As a Party that respects the institutions of democracy, and in demonstration of the spirit of sportsmanship which is the acclaimed principle of the PDP under the leadership of Alhaji Bamanga Tukur, we call on all our supporters to accept this results as declared by INEC.

We congratulate the winner for this victory.

Posted by PublicInformationProjects at 01:27 No comments: