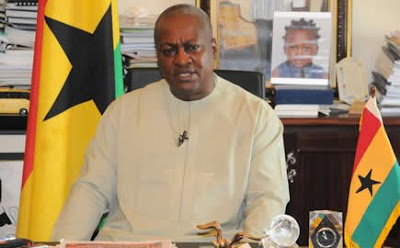 Posted by PublicInformationProjects at 11:52 No comments:

Ghana's President John Atta Mills has died unexpectedly, a presidential statement said, and an aide said his death occurred on Tuesday after he took ill on Monday night.

The death of the president of the world's No. 2 cocoa grower comes months before Mills was due to stand for re-election at the helm of the West African country that posted double-digit growth in 2011 and has been praised for its strong democracy in a turbulent region.

"It is with a heavy heart...that we announce the sudden and untimely death of the president of the Republic of Ghana," a statement sent to Reuters by the president's office said.

It said that Mills, 68, died a few hours after being taken ill but no further details were given.
A presidential aide, who asked not to be named, said the president had complained of pains on Monday evening and died early on Tuesday afternoon when his condition worsened.

Mills, who oversaw the start of oil production in Ghana, returned from medical checks in the United States several weeks ago.
Posted by PublicInformationProjects at 11:21 No comments:


A national conference to groom newly elected representatives on how to enforce the United Nations Declaration on Rights of Indigenous Peoples will open in Bori on the 31st of July, 2012.

The conference was originally scheduled for July 22, 2012, but was shifted to include all Ogonis as participants.

The conference will feature workshops, roundtables and dialogue on economic, social, political and security issues as well as traditional displays.

Over 2,500 leaders have been elected to enforce the rights of indigenous peoples at the village level, while 120 representatives secured mandate to run 33 newly created administrative districts. 24 custodians of customs and traditions were also elected to take their seats at the central level as law makers.

On July 22, 2012 a thanksgiving service was held in Ogoni villages, while newly elected leaders joined together at an interdenominational service at Teyork, which was organized by the Ogoni Council of Churches to mark the success of the Ogoni community model elections.

In a message, MOSOP President/Spokesman, Dr. Goodluck Diigbo said: “Ogoni is poised to enforce UNDRIP and the Ogoni people expect to see a significant track record, responsive grassroots leadership, accountability and capacity to implement programs to address the needs of Ogoni villagers.”

Diigbo said: “Ogoni Central Indigenous Authority (OCIA) must break with the culture of corruption and public deception that are the hallmarks of Nigerian politicians.”

Diigbo said the success of OCIA will prove to the rest of the world that nonviolence can still make a difference in a world of extreme violence and terrifying bloodshed.

The Ogoni Central Indigenous Authority was established and approved by the entire Ogoni people in line with the Ogoni Bill of Rights and for the realization of the benefits of the United Nations Declaration on Rights of Indigenous Peoples, which authorizes indigenous peoples to exercise political autonomy.

Posted by PublicInformationProjects at 07:12 No comments: