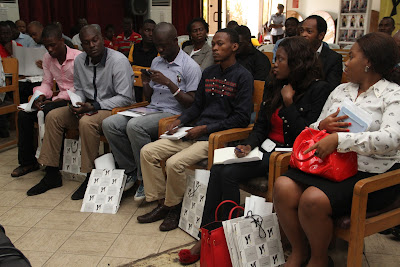 Posted by PublicInformationProjects at 11:43 No comments:

YOUR MEN ARE ON IT AGAIN, THIS TIME ANY ESCAPE? INCESSANT ARREST/FRAME-UP, DETENTION AND EXTORTION OF INNOCENT CITIZENS HAVE RISEN TO AN APOGEE SINCE THE ARRIVAL OF DPO FEGGE, CSP ROWLAND OMETEJE: A CALL FOR IMMEDIATE OVERHAULING WITHOUT FURTHER DELAY.

The Campaign for Democracy (CD) South East Region writes to bring to your attention on the above subject public matter.

When a branch of the Conventional police force leaves its unambiguously stipulated constitutional duties to indulge in all facets of gross criminal conducts then, it become a murderous arm of the law.

The foregoing is an undisputable attribute of your present DPO Fegge Division, Onitsha in recent times.

It is at this juncture that we have resolved to bring to your notice the incessant and unlawful arrest in the pretext of conducting an investigation against the resident of No. 5 Ajaegbue Street, Fegge, Onitsha South L.G.A. Anambra State.

Recall that between 12th and 13th July, 2012. Some suspected burglary hoodlums broke into a ware-house which was parked with Pharmaceutical Products belonging to
one Ndubisi and made away with some quantity of his products, at this juncture, the Fegge Divisional Police was alerted who sent his men hence investigation commences.
The Police was led by one Sgt. David Andrew with GSM 07039774780 embarked on Massive arrest of members of the said residence both Children, Mothers, Women and Men was arrested and detained.

Our sources told this organization that huge amount of money was colleted as “Bail fees” from citizen Mr Chibuzo of (Flat one front) paid N5500. Mr Nonso Anosike N6500. (flat 2 front) Master Obiajulu paid N10,000 (flat 3 front) while her mother paid N5000, then Mr Ukpaka paid N5000 (1st floor back) Mr Eriobu 08069029841 paid N5000 and her mother also paid N2000 (2nd floor back) Mr Calistus Chibue paid N8000. (boy’s quarter) amongst other extortionist activities which stood to over N40,000. Your efforts in sanitizing and stamping-out corruption in all facet is total and uncompromising

Since then, the said Ipo Sgt David Andrew and Cohorts has continue to demand huge sums of money from these resident. The said stolen product(s) has never being recovered nor the suspect(s) arraign to court of competent jurisdiction. Sadly, the members of the said resident have been groaning and undergoing criminal intimidation in the hands of the investigating police officers Ipo. We also learnt that two of the suspect was transfer to SCID Awka on 27th July 2012.

The foregoing is one of the hundreds of said events being experienced in the hands of your men by the innocent public since the arrival CSP Rowland Omoteje DPO Fegge Division. Innocent citizens always fall victims of his incessant arrest. Most of those unlawfully arrested, detained and extorted are members of the public, especially traders returning from their legitimate businesses, Okada riders who has become the highest victim in the name of ridding okada beyond 7pm.

Reports are flooding our secretariat on torrents and on daily bases over criminal activities of men of the Division including Inland Town Police Division.

Since the arrival of the present DPO, few weeks ago, his men have constituted themselves as Boko Haram in Igbo land, they have turned most of the strategic areas into no-go areas as criminals and kidnappers have a feel day.

We reservedly demand as follows:-
(1)    That a well written code of conducts stipulating among other things on how to relate with innocent civilians as at is enshrine in 1999 constitution as amended and Police act Cap 359 and other relevant Nigerian Laws  .
(2)      That the above mentioned amounts collected by the said IPO’s and other officers be returned without  further delay including overhauling of the division.
(3)       That effort should be made to arrest the culprits who carted away citizen Ndubisi goods.

CD is confidence that this precious and brotherly advice will bring this rising tide of social upheavals to an end. We are of the view that it will be dangerous and amounts to sincere ignorance and conscientious fundamental error for your public office to turn this brotherly advice down. If within 5 days after the receipt of this brotherly letter and nothing is done to this effect.

CD maybe compelled to use every available resources within its disposal to effect the exposition of all anti-peoples policies and crime against innocent citizens including massive protest among others.

When this is done, it will definitely ruffle a few feathers and will be phantom nonsensical to negotiate with anybody. Legal redress is equally not ruled out should other legal avenue yield no satisfactory result.

We hope that our carrion call will not be toyed with or neglected.