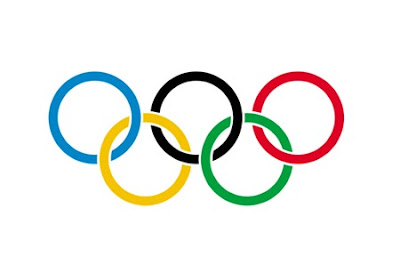 The problem of some Olympic competitors taking potions, medicines and supplements to boost performance is as old as the Games themselves.

Even athletes of the 19th century thought nothing of fortifying themselves with coca leaves, cocaine and alcohol. Thomas Hicks won the 1904 Olympic marathon with the help of raw egg, strychnine and shots of brandy given to him at regular intervals by his attentive coach.

"Doping has always been part of the Olympics, but drugs have not always been seen as a problem, they have become a problem," Martin Polley, an Olympic historian at Britain's Southampton University, told Reuters.

Tonics, Tinctures And Testicles:
Experts say what drove people to extremes then is probably similar to what drives athletes to dope now.
After all, the desire to win by any means must have been strong to induce athletes to eat raw testicles - although as Polley points out it was "probably also seen as a sign of masculinity".

The difference now is that drugs are safer, subtler and more sophisticated. And perception of cheating has changed.

Athletes competing in the earliest days of the modern Olympics, which began in Athens 1896, felt perfectly free to take medicines, stimulants and "tonics," says Vanessa Heggie, a sports medicine historian at Cambridge University.

Injections of strychnine, tinctures of cocaine and sips of alcohol were all used in normal medical practice to treat aches, pains and fatigue, she explained in an interview. The idea was that athletes should be able to take medicines to relieve ailments, just like anyone else.

"Athletes were basically taking all the medications and substances that normal people were taking - including strychnine, amphetamines and cocaine," Heggie said. "That's because at that time athletes were seen by society very much as people who were basically normal, but a little bit better."

As the perception of athletes began to change, so did attitudes on what medicines, supplements and stimulants they should be allowed to consume.

"And some substances are in all of those categories," she added. "Alcohol, for example, was taken by the Victorians as a medication, it's also a type of food, it's clearly used by us as a recreational drug."


From Doping To Anti-Doping:
Polley says the change in attitude to drugs in sport was initially prompted by concerns about what drugs were doing to athletes' health.

He points to the death of Danish cyclist Knud Enemark Jensen at the Rome Games in 1960 - thought to have been caused by amphetamines - as a turning point for the International Olympic Committee (IOC) on doping.

"That's often seen as the moment at which the IOC realised there was a problem," he said.
From then on, the fight against doping has been building - along with the science of testing - but is often seen as a race against cheats who are always one step ahead.

As soon as the fight against stimulants and steroids began to produce results, potential cheats rapidly shifted towards blood doping in the 1970s and 1980s.

The IOC banned blood doping as a method in 1986, but was not able to put in place a reliable test for the blood drug erythropoietin (EPO) until the Sydney Olympic Games in 2000.

Now the World Anti-Doping Agency's "prohibited" list runs to hundreds of substances. And the liquid chromatography and mass spectrometry testing equipment at the London 2012 anti-doping lab can screen up to 400 samples a day for more than 240 banned substances in less than 24 hours.

Yet Olympic historians are sure dopers will always be ahead.

As Heggie puts it: "It's a race I don't think we can ever really win."
Posted by PublicInformationProjects at 12:22 No comments: 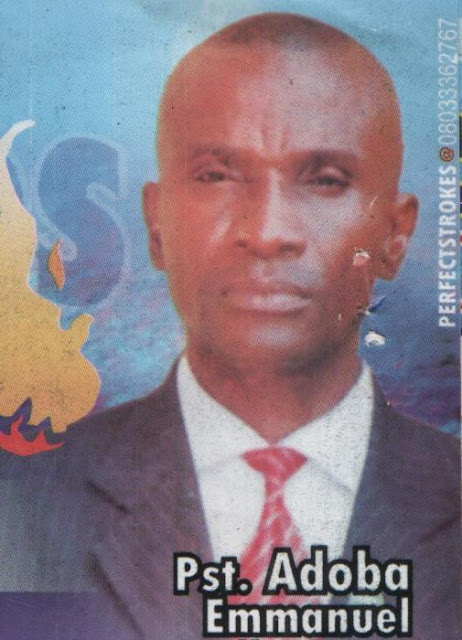 The date to decide the destiny of Ogoni people in southern Nigeria is set to be on the 2nd of August, 2012.

It means Ogonis will observe every 2nd of August each year as a day of internal independence in Nigeria.

This will be the first time that the Ogoni people will exercise self-determination in almost 111 years.

The General Assembly of the Ogoni people voted today, July 31, 2012 to approve the 2nd of August as a part of the nationwide general conference on the United Nations Declaration on Rights of Indigenous Peoples.

Tens of thousands of Ogoni people participated in the conference.

Diigbo said by the adoption and approval of a date for political autonomy by the Ogoni people themselves; the Ogoni have reshaped a new future for their nation, children and grandchildren and succeeding generations unborn.

“I am very delighted to announce that the Ogoni autonomy is irreversible,” Diigbo declared.2nd of August 2012 has been declared a work free day for all Ogonis.

Details Of Motion And Resolution:
Summary of the Motion and Resolution on setting a Date for Political Autonomy of Ogoni:
At a conference, on 31 July 2012, a constituted General Assembly of the Ogoni people voted on a motion DPA/001/2012 and resolution DPA/002/2012 tabled by Dr. Goodluck Diigbo – MOSOP President /Spokesman of the Movement for the Survival of the Ogoni People (MOSOP).

The two motions relating to questions on setting and adopting 2 August 2012 as the Date of the proposed Declaration of Political Autonomy (DPA) by the Ogoni people in southern Nigeria.

By general acclamation, the General Assembly unanimously supported, voted and approved the motion and adopted the resolution, setting 2nd of August, 2012 as the date of political autonomy for Ogoni.

In addition, the General Assembly adopted and approved a secondary motion making the 2nd of August every year as a work free day for Ogonis to mark the date of Political Autonomy within the framework of the Nigerian Federation.

The process took place at the Ken Saro-Wiwa Peace and Freedom Center, Bori, the ancient and modern Capital of Ogoni in the presence of contingent of the Nigeria Police Force.

Posted by PublicInformationProjects at 02:29 No comments: 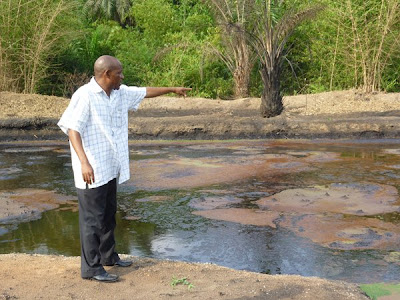 The UN Environment Programme (UNEP) has welcomed the Government of Nigeria's decision to proceed with a major oil contamination clean-up of Ogoniland in the Niger Delta.

The report emphasized the need for swift action to prevent the pollution footprint from spreading further and exacerbating the already tragic legacy for the Ogoni people.

The clean-up will reportedly be conducted under a new Nigerian government initiative-the Hydrocarbon Pollution Restoration Project.

The Government of Nigeria has indicated that it will now define the scope, actions and financing of the project.

The UNEP Environmental Assessment of Ogoniland had proposed an initial sum of US$1 billion to cover the first five years of clean-up operations.

While some on-the-ground results could be immediate, overall the report estimated that countering and cleaning up the pollution and catalyzing a sustainable recovery of Ogoniland could take 25 to 30 years and will require long term financing.

Achim Steiner, UN Under-Secretary General and UNEP Executive Director, said today: "On the anniversary of the Ogoniland assessment there are now clear and encouraging signals that the government is keen to move on the recommendations-this is a welcome development for the people and the environment of this region who have suffered, and continue to suffer, the legacy of some 50 years of unsustainable oil exploration and production."

"UNEP stands ready to assist the government and its agencies with expertise for getting the Hydrocarbon Pollution Restoration Project up and running so as to improve the lives and livelihoods of the Ogoni people," he said.

Over recent weeks, UNEP has held discussions with Sir Peter Idabor, the Director-General of the National Oil Spill Detection and Response Agency (NOSDRA) and is engaged with the government to chart transformative pathways forward in order to realize the assessment's recommendations.

"The immediate need is for the necessary funds to be mobilized and to be deployed to take the Project forward at a scale and speed commensurate with the challenge. Everyone has a part to play in realizing significant and positive results from the Government of Nigeria, local authorities and the oil industry to NGOs and local communities," said Ibrahim Thiaw, Director of UNEP's Division of Environmental Policy Implementation, who on 4 August last year presented the UNEP report to the government.