A coalition of Human Rights Group has decried the deplorable state of roads in Aba, the commercial nerve centre of Abia State, saying if nothing urgently was done to remedy the situation; the city would face imminent collapse.

The groups which raised the alarm include Centre for Popular Participation and Local Initiatives (CENPPALIN), Foundation for Environmental Rights, Advocacy and Development (FENRAD); Save Nigeria Group (SNG), Abia Chapter and Campaign for Democracy(CD) Abia state chapter
Spokespersons for the groups, comrades Nelson Nnanna Nwafor , Godson Ibekwe-Umelo, Esuebio substance and ,Emenike Ogba said the condition of roads in Aba was better seen than imagined.

“Virtually every part of Aba is in a shameful state of disrepair. One cannot mention any particular road in the city that can be said to be in good state.

“Before now, the roads we could consider as the best in Aba were Faulks, Azikiwe, Mosque and East Street all of which were reconstructed by the government of Chief Sam Onunaka Mbakwe. Although the previous and present governments did some minor repairs on these roads, but presently, they have deteriorated almost completely and the rest of the roads in the city are just nightmares.”

While not sparing Federal roads in the city, the group stated that other strategic roads in the  Aba such as Milverton, Ohanku, Osusu, Omuma, Port Harcourt and Ikot Ekpene roads were completely impassable, stressing that this has adversely affected the economy of the town in particular and the state in general.

“Aba has been cut off from the rest of the country because apart from the pitiable condition of the internal roads, all the other roads leading into the city ; Port Harcourt, Ikot Ekpene and Aba/Owerri roads are all gone.

“It no longer makes much economic sense for people to come into Aba to transact business because of the bad nature of the roads which has doubled the cost of transportation and sky-rocketed the cost of goods.

“Residents of Ohanku road which is the village of the Minister of Labour, Chief Emeka Wogu are suffering much. When the rains started, people were ferried across some of the worst portions on backs, but now the situation has gone out of hand.

“In fact when you look at the water at Ohanku, it’s like you are looking at the Atlantic Ocean”, the coalition lamented while calling on government to do something about the development.
Posted by PublicInformationProjects at 11:38 No comments: 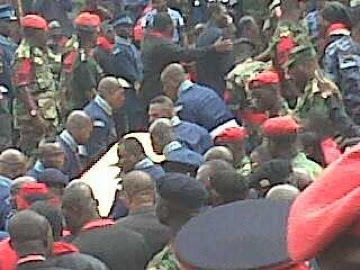 Posted by PublicInformationProjects at 06:21 No comments: 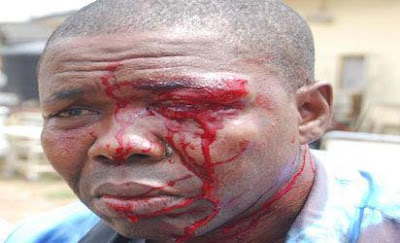 Posted by PublicInformationProjects at 05:35 No comments:

The BornTroWay Project (Click Here To View BornTroWay Website), a creative arts training initiative which is aimed at promoting individual self-confidence, self-expression, teamwork and integration among 35 youths (aged 15-25) in disadvantaged areas of Nigeria’s main cities, will hold in Lagos with auditions on August 10, 2012.

According to the organizers of the project, this 4th edition of the training will hold between August 13 to 18 2012, at Owoseni Primary School, Adeyemi Street, Oshodi, Lagos. The training culminates in a mini-performance open to the public on Friday the August 18 at the Model Primary School and Cairo markets both in Oshodi from 11am.

The workshop, which uses spoken word, music, dance and acting, focuses on the issue of “waste”; physical (our relation with the environment) and human (our undiscovered, untapped or unutilized talent)’ said Ilaria Chessa of Music Matters and co-founder of the project. It will feature a stellar cast of instructors including musician, producer and MTN Project Fame judge, Ade Bantu; actor, writer and producer Ropo Ewenla; dance and performance artist Segun Adefila; and AJ Dagga Tolar, spoken word poet, front line activist and social crusader.

Interested participants will be auditioned on Friday August 10, 2012 starting prompt at 8am at Owoseni Primary School, Adeyemi Street, Oshodi, upon filling a registration form.

The BornTroWay Project was born in 2011 by the joint inspiration of Music Matters, a music movement promoting emerging Nigerian talents and peace and unity through art; and Ade Bantu. It is supported by organizations and individuals committed to youth development and to the arts as an instrument for personal empowerment and social transformation.

According to Ade Bantu, co-founder of the project, BornTroWay was launched in Ajegunle, Lagos, from May 16-21, 2011 and the project has since travelled to Port Harcourt in October 2011 and Durban, South Africa in December 2011 where participants also took part in the World Climate Conference 2011.

BornTroWay aims to travel to other Nigerian cities, following which the best acts and artists will be selected to take part in the production of a musical show that will tour Nigeria, promoting peace and unity and showcasing the talent of our youth living in marginal areas.
Posted by PublicInformationProjects at 03:51 No comments:

Well, thank you very much, Mr. President, and those were extremely kind and generous words.

But I appreciate that you know how committed the United States and the Obama Administration is to our partnership with your country. We consider it absolutely vital, and through our bi-national commission, which, as you mentioned, has helped us to expand and deepen our cooperation on a full range of issues, we are working on economic matters, the improvement and the productivity of agriculture, education and health, security, the diversification of your economy, and so much more.

We intend to remain very supportive on your reform efforts.

Thank you for mentioning the work we did together on the elections. We’re also very supportive of the anti corruption reform efforts, more transparency, and the work that you and your team is also championing, because we really believe that the future for Nigeria is limitless.

But the most important task that you face, as you have said, is making sure that there are better opportunities for all Nigerians – north, south, east and west, every young boy and girl to have a chance to fulfill his or her God-given potential. And we want to work with you and we will be by your side as you make the reforms and take the tough decisions that are necessary.

So thank you, Mr. President, for this meeting.

Posted by PublicInformationProjects at 02:52 No comments: