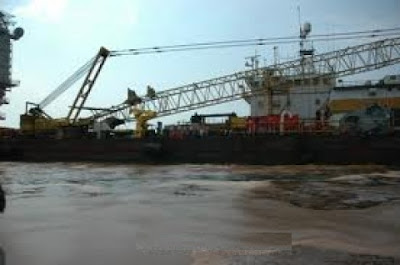 Posted by PublicInformationProjects at 07:04 No comments:

Flooding caused by heavy rains in central Nigeria has killed at least 28 people, with many others still missing, while also destroying homes, bridges and farmland, officials said Tuesday.

"I have counted 28 bodies and many people are still missing after the flood," said Kemi Nshe, local government chairman for the Shendam district in central Nigeria's Plateau state.

He said some 1,500 people were displaced by the rains, the worst of which occurred Sunday.

A Red Cross official in the area said relief workers were having difficulties accessing flooded areas, which he said included around five communities. He said heavy rain began Saturday night and continued into Sunday.

"Flooding has affected close to five (districts), and a lot of bridges have been broken, a lot of people have lost their houses," said Manasseh Panpe.

Last month in another area of Plateau state, heavy rainfall forced a dam to overflow, causing flooding that left at least 35 people dead and destroyed or damaged some 200 homes.

Much of Africa's most populous nation has been affected by heavy seasonal rainfall, and officials have warned more flooding is likely to occur in a number of areas in the coming days.

The rainy season typically runs from March to September.

Posted by PublicInformationProjects at 06:48 No comments:

Posted by PublicInformationProjects at 02:08 No comments:

I am very happy to be here.

What a wonderful conference.

Looking at all of you, I see the world represented. Many of you travelled long distances – from other parts of Asia, from Africa and beyond. You bring a truly global dimension to this World Congress. Welcome.

Whether you came from near or far, your journey to this Conference is part of an important trend of women standing taller and taller in the international arena.

Today I want to discuss women’s leadership from peace to development at the United Nations and around the world. I will share my vision for greater engagement. And I will tell you specifically what I am doing to accomplish that critical goal.

The story of women is about crossing frontiers, breaking boundaries and charting a new path. It is a story told in numbers, percentages and statistics. But ultimately, this is a story about people. And you are writing that story – you young women and men are the authors and the actors.

When I began my term, there had been very few women peace envoys in the history of United Nations. I set out to change this. Now we have more female envoys than ever before.

Some people ask whether a woman can command a force of thousands or tens of thousands of troops. My answer is: Watch and learn. I named women to head some of our most difficult peacekeeping operations. Our missions in Liberia, the Central African Republic and South Sudan are all led by women. In total I have appointed seven female Special Representatives.

My senior legal adviser is a woman. My most senior police official is a woman too. So is my Chef de Cabinet. I have increased senior female appointments at the level of Under-Secretary-General by 60 per cent, and at the Assistant Secretary-General level by 40 per cent.

Women are leading United Nations efforts across the board – in peacekeeping, development and human rights.

But, we want more qualified women throughout our ranks. We are working to increase female representation across our middle management.

Wherever I go, I raise the issue of women’s empowerment with governments. That is because although there has been important progress, women still do not have a strong enough voice in decision-making. Women make up just a fraction of all chief executives of the world’s biggest companies. Fewer than one in ten presidents or prime ministers are women. And less than one in five parliamentarians are women. This world statistic is reflected here in the Republic of Korea.

The lack of women’s representation – of women’s empowerment -- affects individual women’s rights – and it holds back whole countries.

That is why I am so grateful that Duksung University and UN Women decided to focus their cooperation on the UN Women Young Women’s Partnership Programme, including the Asia-Africa Programme.

Africa is a young continent. More than two thirds of all people there are under the age of 30. I have seen Africa’s youth in action. Africa’s women are driving progress. They carry crops and children … they lead peaceful demonstrations and they head governments … they win the Nobel Peace Prize and they score even greater rewards knowing they are making a difference in our world.

Helping women is critical to reaching the Millennium Development Goals by the year 2015.

Women do more work for less pay than men. Women produce up to 80 per cent of all food in sub-Saharan Africa. But their households are poorer, so they spend more of their income on food. They own far less land than men.

On education, millions more girls are in primary school than before. But there are far more girls shut out of class than boys. Two thirds of the 780 million people in the world who cannot read are women.

We have made progress in driving down maternal mortality. But a woman still dies every minute and a half from complications related to pregnancy or childbirth. This is a tragedy we can stop. I am spearheading a global movement called Every Woman Every Child to end these needless deaths, and to protect all children from preventable diseases.

We are moving on all fronts to invest in women so they can reach their full potential, drive development and lead us to a better future.

At the same time, we are looking beyond 2015. I have just appointed a High-Level Panel on the UN Development Agenda after 2015. I deliberately included many prominent women on the panel, and I count on the men to take gender concerns as seriously as I do. Reaching the MDGs and advancing to the next stage will only be possible when we unleash the power of women.

Women will only flourish when they are safe. That is why I am also leading a global campaign called UNiTE to End Violence against Women.

Around the world, more and more people realize that abusing or attacking women is a moral outrage and a criminal offence.

In Fiji, for example, the UN is sponsoring a programme that helps communities come together to report anyone who attacks women to the police. The results are clear. Men are showing more respect. Last year, 15 communities joined the effort, and that number is expected to double by the end of this year.

We need to end violence, give women a say in decision-making, protect their health and ensure equal opportunities. All of these challenges are at the top of the UN’s agenda – and they are on your agenda. The UN Women-Duksung Women’s University Global Partnership for Young Women is a wonderful initiative with enormous potential.

Ladies and gentlemen – but especially ladies,

Four years ago, I had the chance to meet Yi So-yeon, the first Korean astronaut who carried the UN flag into outer space. At the time, she was barely 30 years old.

I was deeply honoured when she presented me with that special UN flag. I immediately hung it on the wall in my office.

Yi So-yeon once said, “I want to show a side of women: that we also have great abilities. To me that is the biggest goal.”

That blue banner reminds me that women can go anywhere – even to outer space – and that they can take the values of the United Nations with them.

Our values – peace, human rights, opportunity and dignity for all people – are universal values. You do not need a flag to uphold them. You do not need a spaceship. All you need is the determination to stand up for what is right.

Young women should dream big. Look to the stars. Think of the grandmothers, mothers and other women who came before you – how hard they struggled and how much they accomplished. And think of the daughters, sisters and friends who will follow in your footsteps.

I count on each of you to build a new future where women are truly equal, and the whole world can benefit. 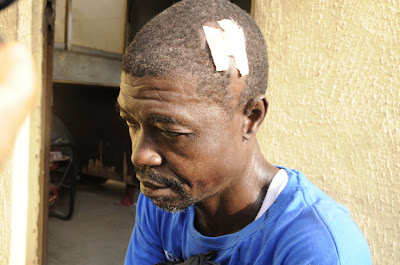 Posted by PublicInformationProjects at 01:31 No comments: