Since the enactment of the new traffic law in Lagos state, it has generated comments and will continue to do so depending on which side of the divide one stands or from what perspective one looks at it. Also we have to bear in mind that it is very impossible to have a perfect law for any society in view of the fact that the only permanent thing in life is change of which the society and the law automatically are prone to.

But one indisputable truth which we cannot continue to tolerate and condone is the fact that the human lives maimed and lost, properties destroyed and man hours frittered away daily on our roads due to the indiscipline of road users urgently needs to be curbed which is what the new traffic law is meant to do. The level of indiscipline on our roads is a reflection of the gargantuan rot which pervades our national life and ought to be a source of worry to any right thinking and patriotic individuals and groups who are concerned about our tomorrow.

Just last year according to a report published by the World Health Organization, Nigeria was ranked 191 out of 192 countries in the world as having the second highest rates of road accidents that is consuming human lives at a rate of 162 per 100,000 persons not to mention unquantified economic value of lost time and properties. It was even clearly stated in that report that very soon the number of persons killed via road accidents in Nigeria will surpass deaths from malaria and tuberculosis. One only hopes we can appreciate the enormity of the task before us all if we are indeed serious of occupying our rightful place in the comity of serious people by taking every measure needed to mitigate this embarrassment.

Having examined the new Lagos traffic law viz a viz traffic laws in other African countries like Ghana, Egypt and South Africa, one can see a semblance of the provisions of the law in these countries. The only difference is the localization of the penalties based on prevailing socio economic circumstance in the countries which is permitted.

In analyzing the new Lagos traffic law, one must admit there are areas of concern that sectors of the transportation community would find fault with in view of its prohibitions on their activities one way or the other, but one must encourage them to continuously engage the state with a view to getting some considerations via amendments. However, the truth of the matter is that whichever way one looks at it, road users in Lagos behave more like demi gods unconcerned of the fact that the road is a public space in which consideration for others is the watch word.

Before implementing the law, the government must first of all take concrete steps to ensure that visible road signs and signals are erected to prevent motorists from unintentionally breaking the law in view of the fact that ignorance of the law is not an excuse. Also the government must open up the roads through rehabilitation of access streets roads to decongest the major roads and hinder people from being tempted to run foul of the new traffic law.

Another major area of concern with the new law is the orientation of traffic officers who are supposed to be embodiment of discipline in observing compliance with the law. The law enforcement personnel we must admit are themselves guilty of indiscipline just like the rest of the society. They must be re-oriented on the ethos of civility rather than the attitude of trying to make money at all cost by arresting motorists at the slightest opportunity. The government can also put in place measure to recognize this effort by instituting awards for the most civil officer in view of low arrest and public recommendation via the media.

However, one cannot but applaud the Lagos state government for taking the bull by the horn in arresting this social malaise called traffic indiscipline via the new traffic law because of its deterrent import designed to curtail the culture of impunity in our national life and which is also reflected in how we use the roads. After all, this new law might be the long sought after antidote to curbing the excesses of road users which the former law was unable to do.

We must as well commend the state government for embarking on sensitization of the citizenry with this new law which is in tandem with democratic values. Moreover, we must also commend the media for embarking on the sensitization exercise ahead of the government in view of the fact that already the fear of being caught on the wrong side of the law has started shaping people’s attitude on the road as we have began to see sanity being gradually restored which must be applauded for the public good.

Report By: Dede Uzor A. Uzor

The campaign for Democracy (CD) has said that a total number of 938 prominent sons and daughters of the South-East have been kidnapped between January 2008 and to August 2012.

This was contained in a statement issued by the group in Onitsha , Anambra on Friday.

The statement was signed by Dede Uzor A. Uzor and Dr. Jerry Chukwuokolo, Chairman and Secretary of the group in South-East respectively.

It said that the total number of people kidnapped had paid ransoms valued to about N1.2 billion within the last five years.

The statement also said that the kidnappers had collected substantial amounts from their victims ranging from N5 million to N30 million per individual.

`` Anambra State has the highest incidence of kidnapping of 273 persons especially within the commercial axis of Onitsha and Nnewi. And it is happening at a constant rate for over five years now.

`` Imo State with current up-surge of kidnapping incidence, and it has recorded 265 cases; while its residence is living in heightened fear.

``Abia follows behind, with 215 persons so far; although the incidences of kidnapping had continued to reduce for some months now after the death of a notorious kidnapper called Osisikankwu.

`` Enugu has recorded 95 cases of the incidence in the past five years, however, the state had recorded the highest in abduction of government officials and international personnel.

``Ebonyi is the least, and quite of all the five states within the South-East; it has recorded 90 cases so far officially. However, apart form kidnapping; the state is laden with communal crisis.

``The Ezza-Ezilo communal crises had led to the killing of 80 people, while the crisis is yet to be solved by the state government,’’ it said.

The statement maintained that there was a need to take decisive actions to checkmate the spate of kidnapping within the zone.

``One practical way of doing it is the demolition of established structures built or used by the kidnappers to advance their operations.

``The governors in the zone working in synergy to address the issue of security and draft laws that would stiffen the penalties for established kidnapping offence,’’ it said.

It said it was given the South-East governors forum till end of October 2012 to stop and address the up-surge and restore the confidence of foreign investors to the zone.
Posted by PublicInformationProjects at 07:18 No comments:

In a move to combat the negative image of Equatorial Guinea, President Teodoro Obiang’s embrace of human rights seeks to put an end to the destructive press associated with his country. From August 20- 24, 2012, Equatorial Guinea will play host to the Leon H. Sullivan Summit, which is expected to bring more than 4000 delegates and nearly 25 Heads of State from across Africa and Latin America.

The Summit Chairperson, former President of Ghana H.E. John Kufuor stated “This Summit is like no other in Africa. It is specifically addressing issues in Human Rights and addressing concerns that African nations are facing in their own accord. I commend President Obiang in holding this summit, as it will mark a precedent in fighting Human Rights abuses, which have marred Africa’s image.”

As with previous Sullivan Summits, the 9th Leon H. Sullivan Summit focuses on the accomplishments and actualizations of  the continent’s development objectives, as they pertain to Africa today and Africa tomorrow. With support from African and Latin American countries, the 9th Summit, through the theme of “Africa Rising”, will address critical issues in human rights as they relate to food security, human security, freedom of press, education, civil society development, gender empowerment, innovation and youth development, and building economies of opportunity.

The host site, Malabo, Equatorial Guinea, will stand to challenge the international media, global human rights organizations and Western Nations who have consistently been critical of President Obiang, in the manner that he governs his country.

The Summit will stand as an open ground for all international criticizers to visit Equatorial Guinea and witness themselves the advancements made by President Obiang, in his country and for Africa during his tenure as the African Union Chairman.

“We are looking at where Africa is today, and where it will be 100 years from now, through a regional lens. As former President of the first African nation to receive independence, it is incumbent upon me to ensure the sanctity, security and the fundamental human right of my countrymen and of my fellow Africans,” said former Ghanaian President and Summit Chairman H.E. John Kufuor.

“I invite the international media to this event, and am positive this Summit will change the perceptions the international community has had on Africa and particularly on Equatorial Guinea,” said Summit Chairperson H.E. John Kufuor. 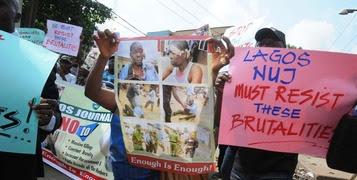 Posted by PublicInformationProjects at 02:03 No comments: