Posted by PublicInformationProjects at 12:17 No comments: 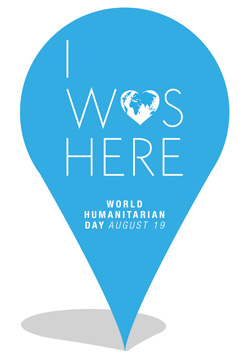 “This year’s World Humanitarian Day presents an historic opportunity to bring together one billion people from around the world to advance a powerful and proactive idea: People Helping People. That is the best way to honour the many fallen aid workers we mourn today, and to celebrate the efforts of others who carry on their noble mission by rushing assistance to those who are suffering.”
-------Secretary-General Ban Ki-moon

Posted by PublicInformationProjects at 08:34 No comments:

South-East Human Rights Agenda, an umbrella body of human rights activist and people’s rights defenders has called on the members of Abia State House of Assembly to commence the process of impeachment of Governor Theodore Orji for what the group described as gross abuse of office and failure to implement the State’s 2012 budget as was passed into law by the House.

According to the group, the Gov. Orji’s failure to implement the State’s budget is the core reason for the continued mass decay of the State infrastructure, a situation that has brought untold hardship to the people of Abia State.

The Governor is also accused of high level of fiscal indiscipline in the management of the State funds. This has led to State owing its workforce a backlog of unpaid salaries, unpaid pensions and gratuities to retired public servants and the sack of teachers in the State’s education sector, a very vital sector in the quest for human capital development, in his insincere bid to down size the State wage bill.

The group furthers accuses Gov. Orji  of heavily padding the State’s security budget, giving  him the leverage to siphon the state resources through the notorious non-accountable monthly security votes.

The massive state of bad roads in the State, especially in Aba, the commercial nerve centre of the State was also decried by the group.

“Virtually every part of Aba is in a shameful state of disrepair. One cannot mention any particular road in the city that can be said to be in good state.

“Before now, the roads we could consider as the best in Aba were Faulks, Azikiwe, Mosque and East Street all of which were reconstructed by the government of Chief Sam Onunaka Mbakwe. Although the previous and present governments did some minor repairs on these roads, but presently, they have deteriorated almost completely and the rest of the roads in the city are just nightmares.”

While not sparing Federal roads in the State which are all death traps, the group stated that other strategic roads in the Aba such as Milverton, Ohanku, Osusu, Omuma, Port Harcourt and Ikot Ekpene roads were completely impassable, stressing that this has adversely affected the economy of the town in particular and the state in general.

“Aba has been cut off from the rest of the country because apart from the pitiable condition of the internal roads, all the other roads leading into the city ; Port Harcourt, Ikot Ekpene and Aba/Owerri roads are all gone.

“It no longer makes much economic sense for people to come into Aba to transact business because of the bad nature of the roads which has doubled the cost of transportation and sky-rocketed the cost of goods thereby causing untold hardship to Abians.

In order to end the menace of bad governance in Abia and restore the State to the pathways of growth and progress, the group calls on the Abia State House of Assembly to commence the immediate process of the impeachment of the Governor or face recall by their respective constituencies who have been denied democracy dividends and are adequately mobilized by economic deprivation to take their destiny in their own hands.

Signatories To The Impeachment Call Are: