Hackers have targeted British government websites in the last 24 hours, the government said on Tuesday, after activist hacking group Anonymous said it had launched attacks to protest against the handling of the case of WikiLeaks' founder Julian Assange.

Downing Street, the office of Prime Minister David Cameron, and the Home Office said attempts to disrupt the work of their sites had failed or caused minor problems, although the Ministry of Justice (MoJ) said the attack had affected its website.

The incident comes as Assange - who is trying to avoid extradition to Sweden where he is wanted for questioning over rape allegations - remains holed up in the Ecuadorean Embassy in London. He and Ecuador have criticised the British government for suggesting it might revoke the embassy's diplomatic status in order to enter and arrest him.

"This is a public information website and no sensitive data is held on it. Measures put in place to keep the website running mean that some visitors may be unable to access the site intermittently," an MoJ spokeswoman said.

Downing Street was dismissive of the incident.

"There may have been an attempt but as far as we are concerned it was unsuccessful," a spokeswoman said.

All the websites appeared to be functioning normally on Tuesday. Anonymous, a loose-knit group of international hackers, suggested it was behind the attacks which it linked to the Assange case.

"Justice.gov.uk seems to be offline. Odd. #Anonymous #Assange," said a posting on the group's Twitter website at the time of the attacks on Monday night.

It later added: "Sorry for the delay Forgot to say no3 #TangoDown aprox 1 hour ago ;) number10.gov.uk/ #OpFreeAssange."

Britain has said Assange will be arrested and deported if he emerges from the embassy after Ecuador granted him political asylum last week. He says he is the victim of a U.S.-led witch-hunt over his whistle-blowing website.

Anonymous has carried out a number of attacks on British and international government departments, usually using a distributed denial of service tactic, where a website's host computers are bombarded with requests for information, making them crash. It has also targeted companies it deems have worked against WikiLeaks' interests including Visa and Mastercard.
Posted by PublicInformationProjects at 11:13 No comments: 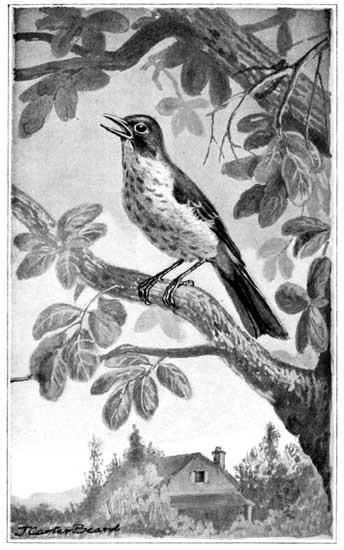 From atop the tree
The canary beholds shepherds
With turgid manhood
Ravaging the backsides
Of female goats
Tethered,
Abomination!
Then, the squeals
Of the small bird
Like the squeals of wikileaks.

The squeals
Like the squeals of wikileaks
Sound so shrill
In the eardrums
Of the beastly shepherds,
Like wikileaks
The canary
Is marked by marksmen.

From directions
The marksmen aim,
The arrows fly.
From the nest
The canary still squeals,
From the asylum
Wikileaks still squeals.
Posted by PublicInformationProjects at 02:23 No comments:

Opinion: Chief Rotimi Akeredolu Should Be Called To Order

By Kayode Ajulo, Esq.
Chief Oluwarotimi Akeredolu, SAN is someone I cannot deny my respect being a senior colleague in our noble profession, however, his desperation to become the governor of Ondo State without following the rules we all profess as Legal practitioners is bringing him out as a flippant politician that lacks substance.
This can be seen from his serial, venomous and unprovoked attacks on the government and the good people of our beloved state when he is expected to discuss and ventilate issues that will enhance the socio-economic development of the people in the state.
It is worrisome as well as painful to note that since the commencement of the gubernatorial campaign, Akeredolu and his party, ACN have been issuing statements that are divisive and volatile in nature which may cause public disorder in the state.
It is also bothersome to note the insensitivity exhibited by Chief Akeredolu, a Senior Advocate of Nigeria who should have known better, to claim that the state government has imported arms that comprise over 100 AK 47 rifles, shotguns and others into Akure, the state capital, to facilitate the electoral fraud without a proof to substantiate his claims.
He further alleged that mercenaries are being recruited to cause trouble in the state during the election.
This is the height of unintelligent political permutation that has no basis than to cause panic, fright and anxiety methodically encoded to discredit a political rival without being considerate to the general security and well-being of the state.
I therefore challenge him to discuss issues and stop the spurious campaign of calumny as I urge and call on our traditional rulers and elders in the state to call him to order.
Posted by PublicInformationProjects at 02:05 No comments: