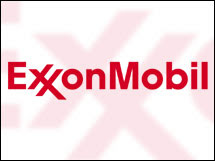 An oil spill near an ExxonMobil oilfield off the southeast coast of Nigeria has spread along the shore for about 15 miles, and locals said it was killing fish they depend on to live.

Mobil Producing Nigeria, a joint venture between ExxonMobil and the state oil firm, said this month it was helping clean up an oil spill near its Ibeno field in Akwa Ibom state, though it did not know the source of the oil.

This Reuters reporter saw that water along the coast was covered with a rainbow-tinted film of oil for miles.
Exxon officials in Nigeria and in Houston could not immediately be reached to provide comment.

Oil spills are common in Nigeria, where enforcement of environmental regulations is lax and armed gangs frequently damage pipelines to steal crude.

In the Iwuokpom-Ibeno fishing community, village elder Iyang Ekong held up one of a load of crabs that a fisherman had caught that morning, only to find they were soaked in toxic oil.

"When I got I home, I realised we can't even eat them because they smell so badly of chemicals. So we're just going to leave them by the waterfront," he said.

Decades of oil production in Nigeria's swampy Niger Delta, where Africa's second-longest river empties into the Atlantic, have turned parts of it into a wasteland of oily water and dead mangroves. Thousands of barrels are spilled every year.

The companies say oil theft by criminal gangs is responsible for most of it.

"Our fishermen noticed the oil on an outing, but the sea has started depositing crude oil along the coast, and it has filled the water," said Samuel Ayode, chairman of the fisherman's association of Akwa Ibom, as he repaired his fishing net on the beach. He added that it started around Aug. 10.

"No one's done any fishing since. The fish have migrated away from the pollution."

A landmark U.N. report in August last year slammed the government and multinational oil companies, particularly Shell , for 50 years of oil pollution that has devastated the Ogoniland region. One community is suing for compensation in a London court.

The government and oil majors have pledged to clean up the region and other parts of the delta, but locals say they have seen no evidence of action yet.

Market trader Grace Eno said fish were scarce since the spill and that fishermen were selling at much higher prices. Shrimps have doubled in price, she said, "so how can I make a profit?"

Posted by PublicInformationProjects at 11:00 No comments:

OPEC said today that the price of its basket of twelve crudes stood at 110.66 dollars a barrel yesterday, compared with $109.90 the day before.

The Oil cartel in a release monitored by chidi opara reports, said that the new OPEC Reference Basket of  Crudes (ORB) is made up of the following:

World Bank Group President Jim Yong Kim will visit Africa in his first official visit outside the U.S. since taking up his new position in July 2012. He will visit Côte d’Ivoire and South Africa September 4-6 to meet with national leaders, government ministers, women leaders and young people, along with business representatives, to discuss how the World Bank Group can better support African countries achieve higher economic growth, significantly reduce poverty, and create more jobs and opportunity for the people of the continent.

“Reducing poverty and creating opportunity for people to succeed are vital to the World Bank Group’s mission and I plan to continue to strengthen our work towards these goals. For this reason I chose Africa for my first official visit as World Bank Group President, recognizing the priority given by the continent’s governments to faster growth and less poverty. In the past, Africa was often defined by its problems, but today, whether it’s empowering women or creating job opportunities for young people or spurring new businesses, Africa is increasingly home to some of the best development ideas and solutions,” said Dr. Kim. “Africa is truly taking off and I look forward to hearing directly from governments and people on the continent on how the Bank can help drive more inclusive development throughout Africa.”

Dr. Kim will also discuss with leaders in both countries the importance of stepped-up regional integration for Africa’s future. The continent loses billions of dollars in potential trade earnings every year because of high trade barriers with neighboring countries, making it is easier for Africa to trade with the rest of the world than with itself.

Côte d’Ivoire:
In Côte d’Ivoire, an important economic engine in West Africa, Kim will meet with President Alassane Ouattara and senior cabinet members to discuss the next phase of the country’s development and growth.

Dr. Kim will also meet with women leaders to discuss the importance of women to the country’s efforts to create jobs, open more businesses, and achieve lasting reconciliation and development in the former war-torn country.  The Bank Group President will meet unemployed young people, including former soldiers, who are learning new job skills in a World Bank-financed training program.  Côte d’Ivoire has as many as four million young people who are jobless.

“Côte d’Ivoire’s efforts at peace and reconciliation are important elements for laying the foundation for sustainable development for itself and neighboring countries. I look forward to learning more about how the World Bank can better help fragile and post conflict states transition to stability and development,” said Dr. Kim said.

Dr. Kim will also see first-hand the emerging dynamism of African private sector in a visit to an industrial park for small and medium-sized agri-businesses. Côte d’Ivoire is boosting food production in a region increasingly challenged by hunger and high food prices. Agriculture has broad development impact and plays an essential role in reducing poverty and hunger, while creating jobs and private investment.

South Africa:
In South Africa, Dr. Kim will meet with President Jacob Zuma, Finance Minister Pravin Gordhan, and cabinet members to discuss how the World Bank Group can support South Africa’s efforts towards inclusive and sustainable growth. He will also exchange ideas with local entrepreneurs on how the private sector is creating opportunities and growth.

“South Africa is a key factor of African growth and a leading voice for the African continent in the G-20 and other global forums.  It is also an important driver for trade and investment,” said Dr. Kim.  “I look forward to discussing how we can strengthen our partnership for better development prospects, both in the country and across the continent, especially in the vital area of better regional integration.”

Background:
Côte d’Ivoire, with a population of 22 million people, has the second largest economy in West Africa. The World Bank Group has currently invested approximately US$ 1 billion in the country’s development programs.
These include a post-conflict assistance project to help young people and ex-combatants reintegrate into the national economy, along with others that improve water and sanitation, governance and public sector reform, and foster the creation of small and medium businesses (SMEs) and a more dynamic private sector.

The World Bank Group’s private sector arm, International Finance Corporation (IFC), focuses on strengthening financial institutions for the growth of SMEs, supporting the country’s agribusinesses and improving the business climate to attract more private investment. The World Bank Group’s Multilateral Investment Guarantee Agency (MIGA) is helping to carry out a bridge project over the Ebrié lagoon in Abidjan which is expected to have significant benefits such as creating jobs and easing traffic congestion. This project is one of the first private sector- led foreign direct investments in the country since the end of the recent conflict.

The World Bank Group’s program in South Africa is still in early stages.  In April 2010, the World Bank approved the US$ 3.75 billion Eskom Investment Support Project to help bring badly needed electricity to homes and businesses in Southern Africa while also pioneering the biggest solar and wind power plants in the developing world

The IFC’s strategy in South Africa focuses on supporting South African companies “going north” and “going global” as well as providing advice and financing to underserved niches of the market; technical assistance to small businesses; and supporting the development of renewable energy.

MIGA provides support to foreign investors looking for opportunities in South Africa and to South African companies wanting to invest abroad. The Bank Group agency has provided support to agribusiness and financial services over the past three years.

Posted by PublicInformationProjects at 03:02 No comments: