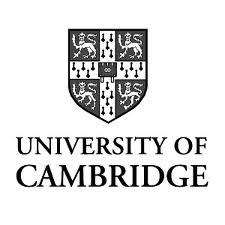 (Written By Philip Low and Edited by: Jaak Panksepp, Diana Reiss, David Edelman, Bruno Van Swinderen, Philip Low and Christof Koch. The Declaration was publicly proclaimed in Cambridge, UK, on July 7, 2012, at the Francis Crick Memorial Conference on Consciousness in Human and non-Human Animals, at Churchill College, University of Cambridge, by Low, Edelman and Koch. The Declaration was signed by the conference participants that very evening, in the presence of Stephen Hawking, in the Balfour Room at the Hotel du Vin in Cambridge, UK. The signing ceremony was memorialized by CBS 60 Minutes)

On this day of July 7, 2012, a prominent international group of cognitive neurosciences, neuropharmacologists, neurophysiologists, neuroanatomists and computational neuroscientists gathered at The University of Cambridge to reassess the neurobiological substrates of conscious experience and related behaviors in human and non-human animals. While comparative research on this topic is naturally hampered by the inability of non-human animals, and often humans, to clearly and readily communicate about their internal states, the following observations can be stated unequivocally:

The field of Consciousness research is rapidly evolving. Abundant new techniques and strategies for human and non-human animal research have been developed. Consequently, more data is becoming readily available, and this calls for a periodic reevaluation of previously held preconceptions in this field. Studies of non-human animals have shown that homologous brain circuits correlated with conscious experience and perception can be selectively facilitated and disrupted to assess whether they are in fact necessary for those experiences. Moreover, in humans, new non-invasive techniques are readily available to survey the correlates of consciousness.

The neural substrates of emotions do not appear to be confined to cortical structures. In fact, subcortical neural networks aroused during affective states in humans are also critically important for generating emotional behaviors in animals. Artificial arousal of the same brain regions generates corresponding behavior and feeling states in both humans and non-human animals. Wherever in the brain one evokes instinctual emotional behaviors in non-human animals, many of the ensuing behaviors are consistent with experienced feeling states, including those internal states that are rewarding and punishing. Deep brain stimulation of these systems in humans can also generate similar affective states. Systems associated with affect are concentrated in subcortical regions where neural homologies abound. Young human and nonhuman animals without neocortices retain these brain-mind functions. Furthermore, neural circuits supporting  behavioral/electrophysiological states of attentiveness, sleep and decision making appear to have arisen in evolution as early as the invertebrate radiation, being evident in insects and cephalopod mollusks (e.g., octopus).

Birds appear to offer, in their behavior, neurophysiology, and neuroanatomy a striking case of parallel evolution of consciousness. Evidence of near human-like levels of consciousness has been most dramatically observed in African grey parrots. Mammalian and avian emotional networks and cognitive microcircuitries appear to be far more homologous than previously thought. Moreover, certain species of birds have been found to exhibit neural sleep patterns similar to those of mammals, including REM sleep and, as was demonstrated in zebra finches, neurophysiological patterns, previously thought to require a mammalian neocortex. Magpies in particular have been shown to exhibit striking similarities to humans, great apes, dolphins, and elephants in studies of mirror self-recognition.

In humans, the effect of certain hallucinogens appears to be associated with a disruption in cortical feedforward and feedback processing. Pharmacological interventions in non-human animals with compounds known to affect conscious behavior in humans can lead to similar perturbations in behavior in non-human animals. In humans, there is evidence to suggest that awareness is correlated with cortical activity, which does not exclude possible contributions by subcortical or early cortical processing, as in visual awareness. Evidence that human and nonhuman animal emotional feelings arise from homologous subcortical brain networks provide compelling evidence for evolutionarily shared primal affective qualia.

We declare the following: “The absence of a neocortex does not appear to preclude an organism from experiencing affective states. Convergent evidence indicates that non-human animals have the neuroanatomical, neurochemical, and neurophysiological substrates of conscious states along with the capacity to exhibit intentional behaviors. Consequently, the weight of evidence indicates that humans are not unique in possessing the neurological substrates that generate consciousness. Nonhuman animals, including all mammals and birds, and many other creatures, including octopuses, also possess these neurological substrates.

Posted by PublicInformationProjects at 10:51 No comments:

Posted by PublicInformationProjects at 09:50 No comments:

The Peoples Democratic Party has asked the former Head of State and the Presidential Candidate of the Congress for Progressive Change (CPC) in the 2011 general elections; General Muhammadu Buhari to show statesmanship in his assessment of the contributions of the PDP led Federal Government to the cause of democracy and good governance.

In a statement by the National Publicity Secretary of the PDP, Chief Olisa Metuh, the Party said that political differences notwithstanding, it expected Buhari as an elder statesman and  a former Head of State to acknowledge the significant progress that Nigeria has made in internalising democratic culture since the return of democracy in 1999.

“There is still room for improvement no doubt, but Nigeria under the PDP has recorded tremendous gains in terms of advancing the rule of law and the fundamental rights of Nigerians, in deed, in other indices of good governance which democracy is usually expected to guarantee.”

We recall that while on a visit to Kano last week, General Buhari had said of the PDP led Federal Government; “under normal circumstances we are supposed to work strictly within the provisions of the constitution, but this is Nigeria and nothing is perfect

and the only thing they have not tampered with between 1999 to date in Nigeria is the Holy Koran.”

“We are shocked that an elder statesman could paint such an ugly picture, tissue of lies, of his dear nation just to advance his political fortunes. We shudder that a former Head of State under whose watch freedom of expression landed many Nigerians in detention on account of his obnoxious decrees, and who now enjoys such freedom, is utterly ungrateful to the efforts of our great party in advancing the cause of democracy.” "If the CPC leadership does not understand what the rule of law is, let's oblige them with little details," the statement said.

"Today, criticisms, even destructive ones are hurled at the PDP led federal government and no one is harassed because we uphold the inalienable rights of the people which is at the heart of democracy .We throw our doors open to criticism so that we accommodate alternative views."

"Today, the PDP loses elections and winners are sworn in and we do not use our incumbency at the centre to truncate the democratic wishes of the people. However, in the states held by the opposition parties, local elections are massively rigged as witnessed recently in Lagos and  Ogun States and where we defy the odds to emerge  victorious like in Imo State, machinery of government is  used to frustrate the expressed wish of the people."

"The rule of law if we must state further is that in our drive for transparency and accountability, some leaders of our party have been caught by the long arm of the law and we never obstructed the course of justice."

"Do we need to add that the PDP led Federal Government does have other preference to the rule of law and that is why we enacted the Freedom of Information Act so that every Nigerian will not be in the dark as to how the nation is run, and so that they can be armed to demand for what is right."

"Must we also tell the leadership of the CPC that in our congresses and convention, deference to the rule of law is the word. And that notwithstanding our size, we successfully manage dissenting views and establish strong leadership not dogged by factions like the CPC."

"And for General Buhari, the evangelist of rule of law, Nigerians wish to know  if unlawful incitement of the populace to violence and attack on the institutions of democracy is part of the rule of law?" " Is the imposition that marked the congresses of the CPC in 2011 which is still hunting the Party till date an act in rule of law?"

"We wish to advise General Buhari to concentrate in giving Nigerians his alternative ideas and plan of action to what the PDP has at present or even engage us in a public debate on the values of good governance. We pray that his party or whatever alliance they are negotiating presents Buhari once more as a presidential candidate so that Nigerians will make their choice".

"However, we wish to remind the former Head of State that Nigerians are not fools and that they know what Nigeria was yesterday especially under regimes like his and what obtains today. There is no doubt that even the blind can distinguish between the daylight it is today and the deep dark night it was hitherto?

Posted by PublicInformationProjects at 09:03 No comments: