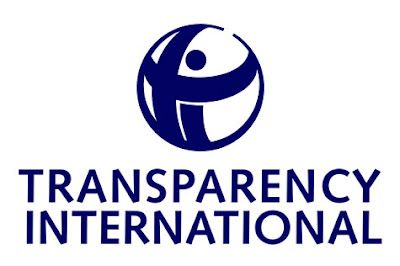 A growing outcry over corrupt governments forced several leaders from office last year, but as the dust has cleared it has become apparent that the levels of bribery, abuse of power and secret dealings are still very high in many countries. Transparency International’s Corruption Perceptions Index 2012 shows corruption continues to ravage societies around the world.

Two thirds of the 176 countries ranked in the 2012 index score below 50, on a scale from 0 (perceived to be highly corrupt) to 100 (perceived to be very clean), showing that public institutions need to be more transparent, and powerful officials more accountable.

“After a year of focus on corruption, we expect governments to take a tougher stance against the abuse of power. The Corruption Perceptions Index 2012 results demonstrate that societies continue to pay the high cost of corruption,” Labelle said.

Many of the countries where citizens challenged their leaders to stop corruption –from the Middle East to Asia to Europe – have seen their positions in the index stagnate or worsen.

In the Corruption Perceptions Index 2012 Denmark, Finland and New Zealand tie for first place with scores of 90, helped by strong access to information systems and rules governing the behaviour of those in public positions.

Afghanistan, North Korea and Somalia once again cling to the bottom rung of the index. In these countries the lack of accountable leadership and effective public institutions underscore the need to take a much stronger stance against corruption.

Under performers in the Corruption Perceptions Index 2012 also include the Eurozone countries most affected by the financial and economic crisis. Transparency International has consistently warned Europe to address corruption risks in the public sector to tackle the financial crisis, calling for strengthened efforts to corruption-proof public institutions.

“Corruption is the world’s most talked about problem,” stated Cobus de Swardt, Managing Director of Transparency International. “The world’s leading economies should lead by example, making sure that their institutions are fully transparent and their leaders are held accountable. This is crucial since their institutions play a significant role in preventing corruption from flourishing globally,” de Swardt said.

Posted by PublicInformationProjects at 10:10 No comments:

Posted by PublicInformationProjects at 09:51 No comments: 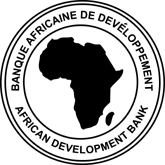 Over 750,000 people from three Darfur states will have improved access to water supply and sanitation through a €3.3 million African Water Facility (AWF) grant. The project was recently launched during two separate ceremonies held on November 25 in Sudan’s capital, Khartoum, and on November 29 in El Fasher, North Darfur State capital.

The ceremony was organized under the auspices of the Government of Sudan jointly with the African Development Bank (AfDB), and attended by representatives from the African Water Facility, the federal government ministries and institutions, as well as the beneficiary States.

The AWF grant will finance the preparation of bankable investment plans to leverage the US $100 million in financing required to meet the medium and longer term water and sanitation needs of the inhabitants in 15 to 20 small rural towns in Darfur, as well as neighboring pastoralists and nomadic peoples.

The grant will also be used to undertake priority rehabilitation works on water infrastructure and to demonstrate integrated approaches to meeting domestic, institutional, commercial livestock and small-scale farming, water and sanitation needs in about six of these small rural towns.

Overall, the project will help address the destructive impact of prolonged conflict on water infrastructure, which is exacerbated by disputes over water resources, particularly between pastoralist, nomadic and settled populations.

Abdul B. Kamara, AfDB Resident Representative in Sudan, represented the AfDB during the ceremony in Khartoum, also attended by Akissa Bahri, AWF Coordinator, along with AWF and Sudan Field Office (SDFO) technical staff.

“The AWF grant is expected to have ripple effect by preparing the ground for additional investment to support the people of Sudan,” said Kamara.

“The AWF is proud to collaborate with the Government of Sudan to ensure that the water needs of the people are met,” reiterated Bahri. “The project perfectly aligns with AWF’s mid-term strategy where it commits to strengthen support to fragile or conflict-affected countries, often prone to water-related clashes, and where AWF support is all the more relevant.”

The Federal level launch in Khartoum was presided over by Abdelrahman Dirar, Sudan’s State Minister of Finance and National Economy, together with the State Minister of Water Resources and Electricity, Tabita Butross.

“This project of is of extreme significance for the Darfur region,” said Dirar in his opening remarks. “The region has suffered tremendously from serious water shortages that have triggered and continue to fuel conflict in the region; we have high hopes for this project.”

The State-level launch in Darfur was chaired by Osman M. Yousif Kibbir, the Governor of North Darfur State, who reiterated the timeliness of the project in helping to consolidate peace that is just crystallizing in the region. Kibbir further commended the AfDB and AWF for their efforts to help Darfur find its way out of conflict, while emphasizing the importance of implementing this project efficiently to open up opportunities for further development projects. The launch in Darfur was also attended by State Ministers, Parliamentarians and other dignitaries from other Darfur States.
Posted by PublicInformationProjects at 04:11 No comments: