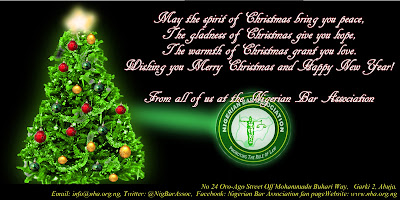 Posted by PublicInformationProjects at 01:34 No comments:

The Security Council today authorized the deployment of an African-led International Support Mission in Mali, to be known as AFISMA, for an initial period of one year to assist the authorities in recovering rebel-held regions in the north and restoring the unity of the country.

Northern Mali has been occupied by radical Islamists after fighting broke out in January between Government forces and Tuareg rebels – just one of several security, political and humanitarian problems the West African nation has been dealing with this year.

Acting under Chapter VII of the United Nations Charter, which allows the Council to use force in the face of a threat to peace or aggression, the 15-member body tasked the Mission with contributing to the rebuilding of the Malian Defence and Security Forces, as well as supporting the Malian authorities in “recovering the areas in the north under the control of terrorist, extremist and armed groups and in reducing the threat posed by terrorist groups.”

By the unanimously adopted resolution, the Mission will also be responsible for, among other tasks, supporting the Malian authorities in their primary responsibility to protect the population and to create a secure environment for the civilian-led delivery of humanitarian assistance and the voluntary return of internally displaced persons and refugees.

The renewed clashes in the north, as well as the proliferation of armed groups in the region, drought and political instability in the wake of a military coup d’état in March have uprooted hundreds of thousands of civilians this year. Over 412,000 people have been forced to flee northern Mali, and an estimated five million people have been affected by the conflict.

The Council also urged the transitional authorities of Mali to finalize a transitional roadmap through broad-based and inclusive political dialogue, to fully restore constitutional order and national unity, including through the holding of peaceful, inclusive and credible elections by April 2013 or as soon as technically possible.

It demanded that Malian rebel groups cut off all ties to terrorist organizations, and urged the transitional authorities to expeditiously put in place a credible framework for negotiations with all parties in the north who cut off such ties.

UN military and police planners have worked closely with the Economic Community of West African States (ECOWAS) and the African Union, in consultation with Malian authorities, for many months in developing a framework for the new force.

Addressing the meeting on behalf of the Chairman of ECOWAS, Youssoufou Bamba, the Permanent Representative of Côte d'Ivoire to the United Nations, said the commendable goals that this “timely” resolution seeks, will not be fully achieved without a strong and consequent mobilization and international support.

“The African Union and ECOWAS require a logistical support package, funded by assessed contributions of the United Nations, which should be quickly endorsed by the Security Council,” he stated.

In its resolution, the Council called on Member States and international organizations to provide financial support and contributions in kind to AFISMA to enable its deployment and implementation of its mandate.

It also expressed its intention to consider the provision of a voluntary and a UN-funded logistics support package to AFISMA, and requested Secretary-General Ban Ki-moon to further develop and refine options within 30 days in this regard.

It was previously announced that Mr. Ban intends to establish a full-time UN political presence in the Malian capital, Bamako, which will be responsible for interacting with key stakeholders and report to both the Special Representative for West Africa, Said Djinnit, and his Special Envoy for the Sahel, Romano Prodi.

The Council requested him to submit specific and detailed proposals on establishing this presence as soon as possible for further consideration.
Posted by PublicInformationProjects at 00:51 No comments: