Article: Constitution Review In Nigeria And The Challenge Of Nation Building 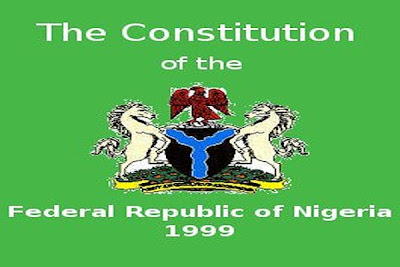 Let me begin with my conclusion by stating quite clearly that my view is that what we require is a fundamentally different process for making a qualitatively new constitution for ourselves. I believe that this can only come about when we have transformed the nature of power, and altered the power relations and balance of force between the elite ruling class [inclusive of all its fractions] and the oppressed and exploited subordinated classes.

This balance of class force and the nature of power relations will be altered in favour of the exploited subordinate classes when we have successfully organised and mobilized ourselves politically to take power from these ruinous treasury looting elite ruling class, and proceeded to implement a fundamentally different program of radical social transformation based on equity, justice and fair play.

However since we have yet to take the power and the reality before us is the elite focused, and driven constitution review, not reform, process; let us engage with the process and point out the short comings of the exercise, and why it will not change anything fundamentally.

It is important to point out the elite focused nature, and the cosmetic and esoteric character of the ongoing process by discussing a number of issues emanating from the process and exciting the polity.

First and foremost, the most significant indicator of the farcical character of the ongoing exercise, that demonstrate clearly that the review is not about us, the citizens, but about the selfish interests and distribution of access to state institutions by the elites; is the fact that there has been no discussion, let alone any sense of the need to prioritise guaranteeing the fundamental human rights of citizens.

It is only by making all the rights enforceable and justiceable for instance, that a state of the nation address bill/act would have made more inclusive sense. There could be a clause in the combined and justiceable Fundamental Human Rights chapter, which lays down the criteria for gradual progress towards fulfilling of the provisions; and in that context, an annual state of the nation address could have been required by the head of the government at Federal and state levels [President and Governors respectively] to give an annual account of the progress being made towards the gradual realization of the rights.

But alas the rights and direct material interests of citizens have been of far less importance to the ruling class in the entire constitution making process!

This is why the issue of age at which a citizen can be considered to have come of age, which has quite significant implications for the age of marriage, age of voting, age at which one can own a business or be registered as a director of a company etc, could have been treated with such levity by the ruling elites. In prioritizing their own selfish pedophilic interests over the interest of our children, the girl child, they took a decision on section 29 which more or less guaranteed and legalized child rape; prompting nationwide outrage and the birth of the #ChildNotBride movement.

There is a fundamental structural and constitutional challenge around the place of Local Governments. In theory we operate a federal constitution where the states are the federating units; the constitution endorses this view; yet the same constitution endorses what amounts to a contradiction; a three tier fiscal federalism where the revenue sharing and allocation formula is between the three tiers of Federal, State, and LGAs!
For as long as this three tier revenue sharing formular exists, then for so long will there be a need to guarantee the direct access of LGAs to their share, autonomously from states. If we want a two tier federation, then the revenue sharing formula must be between the two tiers.

Again, on the question of state creation; without a true fiscal federalism, where the revenue sharing formula is altered in favour of the states as federating units; it makes absolutely no sense creating new states. This is because with the present formula where the Federal government alone takes the lion share of 52% of the revenue; and the states and LGAs share the remaining 48%, creating new states will simply amount to increasing the number of states that will share the 28% or so of federal revenue allocated to states, thus making states even less viable than they are now.

If the reason for demand for new states is genuinely about development and improving the lives of citizens; and not about creating a treasury pool that can be more easily accessed and looted by the elites; why are these demands being made without a concurrent demand for altering the revenue allocation formula?

Furthermore, if the demand for local government autonomy or the demand that states should be allowed full control of local governments is genuinely about development at the grass roots and the development of our communities; why is the discussion not being undertaken within the context of enhancing local governance, and therefore enabling direct democratic community self governance in our communities? At the moment there are no formal governance institutions at community levels where people actually live. What exists are traditional institutions that do not actually govern in the modern sense, and informal structures like the Community Development Associations [CDAs], which try to informally fill the vacuum left by the absence of a functioning government at that most critical level.

All of these seems to me as the most manifest indications of why the constitution review exercise will change nothing fundamentally in the relationship between the ruling elites and the subordinate classes; and why the process has thus far been driven by their selfish treasury looting and state patronage dependent interests.

And this is why it is actually incumbent on us to take up the gauntlet, take our destinies into our hands, and organize and mobilize autonomous political movement to Take Back Nigeria! The consequences of failure to do these, I fear, could be that one day soon, this treacherous ruling class will tip our country once again into the abyss of disintegration; and it may well be written concerning Nigeria, by a discerning writer of the near future that ‘There was a country’!