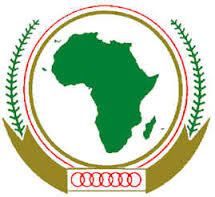 The Commission of the African Union envisages holding of a 1st Technical Working Group workshop on Integrated Border Management from August 21st-23rd 2013 in Harare, Zimbabwe. The workshop is being organized in response to the decision taken by the African Heads of State and Government at the 18th Ordinary Session of their Assembly held in Addis Ababa in January 2012 to fast tracking the establishment of a Continental Free Trade Area (CFTA) by an indicative date of 2017 as a way of boosting Intra African Trade.
Two decades after the Abuja treaty was signed, both intra-African and external trade have remained stubbornly low, and while regional trade in North America and Western Europe reaches 40 % and 60 % respectively, intra African trade is approximately 10 %. If Africa trades with itself more, it can take advantage of short travel distance and an already available market from its huge population of I,032 billion people. Apart from its poor and dilapidated physical infrastructure which has been a deterrent to regional trade, poor trade facilitation measures and instruments, coupled with uncoordinated border management practices have immensely contributed to Africa’s minute show up in trade levels.

Trade Facilitation has become a topical subject in the recent past. At the level of the WTO, discussions on Trade Facilitation were incorporated in the Doha Round in 1996, and are commonly known as the Singapore Issues, and more specifically, the “July Package”. To address and show commitment to the problems encountered in the trade facilitation process, the Ministers of Trade made the Singapore Ministerial Declaration (1996) under Article 21: “We further agree to direct the Council for Trade in Goods to undertake exploratory and analytical work, drawing on the work of other relevant international organizations, on the simplification of trade procedures in order to assess the scope for WTO rules in this area”.

Integrated And Coordinated Border Management:
In most countries, a number of agencies have some form of regulatory responsibility at the border. Each of these agencies has its own specific mandate from government, and taken together they cover such issues as diverse as health, product safety, quarantine, immigration controls, vehicle inspections, insurance, road access tolls, and security as well as revenue and other customs concerns. Notwithstanding that there may be several agencies with border management responsibilities, the fundamental nature of the challenge that each confronts is the same. The challenge is to facilitate the legitimate movement of people and goods across increasingly blurred, or even virtual, borders while at the same time, meeting the government’s mandate to maintain the integrity of the border, to protect the community, and to prevent the unlawful and/ or unauthorized movement of both people and goods.

Consequently, unless regulatory authorities with border responsibilities coordinate their activities, there is the real danger that border delays will be realized on a more regular basis along with unnecessary compliance costs and the associated administrative cost of operation. There is also potential for the unlawful entry of goods or people if border agencies fail to share intelligence, thereby providing a complete risk profile of a particular consignment or individual.

While border agencies have a mandate to provide an appropriate level of facilitation to trade and travel, there is need to maintain regulatory control in a way that reduces the impact of interventionist strategies as much as possible. This therefor implies keeping the amount of intervention or interference to the minimum necessary to achieve the policy outcome and also ensuring that regulatory requirements (red tape) are not unduly onerous or overly prescriptive. In seeking to achieve this balance, border agencies must simultaneously manage two risks, - the potential for non-compliance with relevant laws and the potential failure to provide the level of facilitation expected by their government.

The motivation for a holistic approach to coordinate activities at border crossings stems from the need to reduce the costs of doing business, thereby facilitating trade. Trade costs,(consisting of transportation costs, time costs, and policy barriers-coupled with tariffs and non-tariff costs, information costs, contract enforcement costs, exchange rate costs, legal and regulatory costs) are large, and a significant portion of them results from nations’ economic policies. Research has indicated that there are more benefits to be realised from the efforts in increasing Trade Facilitation than those realised from tariff reductions. It is estimated that output gains from average tariff decreases under the Uruguay Round negotiations amounted to 2 % of total trade value, whereas gains deriving from trade facilitation could rise as high as 3 %.

One of the areas which arguably is gaining momentum in trade facilitation is implementation of Single Window systems. The single window aims to provide all trade related parties in a country; government agencies, commercial actors, and individuals either directly or indirectly concerned in an import or export process, usually in an increasingly paperless environment that reduces processing costs, improves revenue collection, and boosts compliance. At the same time, the single window system aims to facilitate trade by keeping delays in goods receipt and delivery as low as possible.

A single window concept, already adopted in varying degrees around the world can make information more available, improve its handling and simplifying and expedite information flows between trade and government. It can also lead to more harmonizing and sharing of data across government systems, bringing great gains to all parties involved in cross border trade. If properly implemented, the single window concept can make controls more efficient and effective.

The principle of integrated and coordinated border management in most countries already exists. This is manifested by the existence of border committees, usually put in place for the management of border posts or at times, for a specific function or project. The most ideal situation however is to have the same committees at a higher level, say Ministerial and to also make them a permanent feature of integrated border management.

Purpose, Objectives And Scope Of The Meeting:
The overall objective of the workshop will therefore be to provide a platform for an exchange of views and experiences between international organizations, national Customs administrations, Customs Departments of the RECs and other border agencies on the issues of Integrated and Coordinated Border Management, and the movement of goods and people across the various borders. It is anticipated also that participants will share information on issues such as the use of ICT, Single Window system and One Stop Border Posts amongst others.

Participants:
*The meeting will comprise of the following participants:
*One Customs Expert drawn from the Customs Department of each REC ;
*One Customs-Expert drawn from a Member State of each REC (preferably from the *Member State holding the chairmanship of that REC)
*One or more Customs Experts from the World Customs Organization.
*A Trade expert from the UNECA
*Commission staff.
Released By Directorate Of Trade And Industry