Article: Where The Problems Of Nigerian Higher Education Are Located(Part Three) 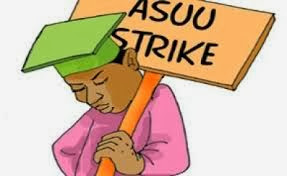 This is the continuation of part two of our Public Information on how less than 5% of Nigerians continued to corner and pocket close to 80% of her public finances on annual basis especially in areas of spurious allowances and scandalous overheads. This less than 5% Nigerians comprises 17,500 top public office holders including 12,788 elected LGAs’ chairmen, their deputies and councilors from the constitutionally recognized 774 LGAs in Nigeria. Others are 1,695 elected officials at the 36 States and Federal levels including 72 governors and their deputies, 469 federal lawmakers, 1,152 States’ lawmakers and the President and his deputy.

Also included in the list of 17, 500 milky Nigerians are 3,062 appointed executives at Federal and States’ levels including about 472 federal executives excluding the president and his deputy already added above, about 2, 664 States’ executives excluding 36 States’ governors and their deputies already added above; 792 States’ judges and 142 federal judges. The 14,445 milky Nigerians with other additions by the Salaries & Wages Commission bring the total number of those milking the Nigeria’s public finances in the names of “allowances” and “overheads” to about 17, 500. From the angle of “allowances” and salaries contained in the revised Pay Act of 2008 enacted for them, they pocket N1, 13trillion (about $7Billon) every fiscal year with over 90% or over N900Billion going into payment of “allowances”.

From the angle of “overheads”, which they allocate to themselves through “executive-legislature conspiracy” using Federal Appropriation Acts and States’ Appropriation Laws, they use them as conduit pipes to pocket spurious and scandalous sums amounting to trillions of naira or billions of dollars yearly. Part of these is now commonly referred to as “security votes”. An average Nigerian governor maintains a “security votes” of at least N4Billion a year. The security or defense budgets for Nigeria’s Presidency for 2012 and 2013 fiscal years amounted to over N1, 9trillion or about $12Billion, wich included personnel and overhead costs; yet nobody is secured in Nigeria except by divine intervention. The “security votes’ malaria virus” in Nigeria has since been extended to other holders of top public offices such as LGA chairmen and leaders of their legislative councils, chief judges of the States, FCT and Federal High Courts and their equivalents in Islamic and Customary Courts, President of the Court of Appeal and the Chief Justice of the Federation.

Others are speakers and their deputies at States and Federal levels including the President of the Senate and his deputy, heads of key government ministries, parastatals and commissions, chairmen of the governing councils and vice chancellors, provosts and rectors of government owned higher institutions, heads of key security agencies, to mention but a few. There are also over 35, 000 personal aides working for these 17,500 milky Nigerians on average of two for each of them. Some of those occupying plum elective and appointive public offices maintain as much as six aides each. These over 35,000 personal aides are serviced monthly through scandalous allowances smuggled into public budgets and Pay Wage Act with each of them taking home at every month end frivolous allowances ranging from N30, 000 to N100, 000 or more. It is estimated that between N1Billion and N3.5Billion is spent monthly in the maintenance of these personal aides and between N12Billion and N42Billion a year to foot their bills. The least political appointee recognized by the Nigerian Constitution of 1999 is “special adviser” for governors, presidents and their deputies.

But in practice, there are “special advisers” for legislators and their leaders, ministers, commissioners, heads of key public commissions and parastatals , etc. There are also motley of “senior special assistants”, “special assistants”, “executive assistants”, “personal assistants”, to mention but a few. The introduction of motley of “allowances” described in different names by public industrial bodies like ASUU, ASUP,SSANU, NLC, NUT, TUC, NMA, etc, and agitations through industrial strikes for their payment is predicated upon the foregoing. In Nigeria, striking bodies also include academic staff and non academic staff associations for universities, polytechnics/monotechnics and colleges of education; and associations for government primary and secondary schools, medical practitioners, nurses and midwives as well as bodies of clerical office attendants such as NLC and senior civil servants bodies like TUC, etc. Nigeria labour force has one of the lowest labour productivity and highest corruption indexes in the world.

Following from the foregoing including the part one and two of this important public information, it is now indisputably established that the2009 ASUU-Federal Government Agreement is far from having a concrete answer to the battered and failed standard of higher education in Nigeria. Nigeria, in abundance of plenty has continued to wallow in confusions of various social variables. The hydra headed monsters of corruption, scandalous governmental running costs including spurious overheads and allowances have been solely responsible for socioeconomic downturns including battered standard of her higher education in Nigeria especially since 2007. In the 2011 fiscal year, for instance, Nigerian Government generated $24.54Billion or about N3.9trillion and spent $32.65Billion or about N5.2trillion (CIA World Fact Book 2012).

For: International Society for Civil Liberties & the Rule of Law
Emeka Umeagbalasi,
Chairman of the Board
08033601078, 08180103912
umeagbalasi@yahoo.com, info@intersociety-ng.org