Article: The Search For Socio-Economic Solutions To ‘Boko Haram’ And Militancy In Nigeria 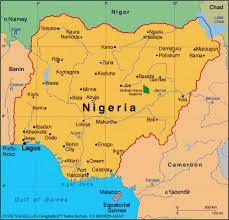 The activities of Nigerian jihadist groups, such as “Boko Haram” have had devastating effects on the socio-political and economic stability of Northern Nigeria.  Militant groups may create more nationwide chaos in Nigeria and West Africa if not contained in the shortest time-frame. Also, Southern Nigeria’s “Niger Delta” militants, whose piracy, bunkering and kidnapping operations impact the Nigerian economy and the entire Gulf of Guinea, require serious practical socio-economic intervention as well, before they disrupt geopolitical stability worldwide.

Nigeria, with her enormous population of 170 million and its fast rising economy, is already an economic powerhouse in Africa. Medium-term stability without strife will spur a faster growth, even as the country is operating below its true potential.

On the other hand, a crumbling Nigeria will quickly bring West Africa to its knees politically and economically; because Nigeria and its business community hold huge stakes in the economy of the entire 300 million strong ECOWAS region.

(1)   Socio-Economic Solutions to Boko Haram, the Niger Delta and others
Background:  The Lack of Socio-Economic Opportunities for Nigerian Youth-The Call for Establishment of “Community Development Funds (CDF)”

Northern Nigeria is a region of extreme wealth and extreme poverty.  Africa’s wealthiest tycoon,  Aliko Dangote of the Dangote Group hails from Northern Nigeria; while the region is also home to a mass of semi-homeless and uneducated youth called Almajiri in the local Hausa language. Almajiris, who are spread across Northern Nigeria, largely sustain themselves by receiving daily alms from wealthy benefactors.  These benefactors are usually content with providing daily largesse in the form of food pantries, and small change to the Almajiris.  Interestingly these subsistence gestures are similar to those played at homeless shelters by religious groups and soup kitchens in the United States.

Containing poverty in Northern Nigeria is not a problem the government can handle alone.  Poverty alleviation requires a massive public-private partnership, and selflessness on the part of the wealthy elite.  Local channels for community-economic development and empowerment need to be created, to directly and positively impact the youth on a permanent basis.

Nigerian youth need sustainable and systemic avenues for upward mobility, by way of skills-acquisition training programs.  The skills-training should not necessarily be focused on academic programs.  The programs should be able to spawn small scale entrepreneurships, such as in; construction, electrical and mechanical technicians, and the service sector.  Highly formalized skills-acquisition centers are rare in Nigeria at this time.  An intricate system of apprenticeship exists in Southern Nigeria, but it is limited in scope to mostly kith and kin.

The Almajiris, for example, often only study the Koran in Arabic, yet they rarely even understand the meaning of the words.

Contemporary philanthropy by wealthy Northern Nigerian Muslims usually includes the building of Mosques or Koranic Schools, to show their support for the faith. Skills acquisition centers are hardly developed to help impoverished youth gain practical skills for work, or to start small or medium sized businesses.

Therefore, an avenue for socio-economic empowerment and upward mobility would be the creation of “Community Development Funds (CDFs)”.  The CDFs in Northern Nigeria should be initiated by government and aided by the private (wealth-owning) sector.  But, these funds should be administered by committees that include reputable Imams or Muslim Clerics.  Imams enjoy deep trust among the vulnerable Northern Nigerian youth.  These youth are the most susceptible to indoctrination and recruitment by religious extremists.

CDFs and the Private Sector
The Nigerian private sector must be involved in this proposed CDF initiative; because a large number of wealthy Nigerians have enjoyed substantial government patronage through the years, on their rise to extreme wealth status.  Many wealthy Northern Nigerians own or control lucrative oil-blocks in Southern Nigeria that mark them among the wealthiest people in the world.  In a system where oil-blocks are controlled by the government, government patronage usually dictated who got what oil-block.

The private sector should contribute substantially to these “CDFS” because a united, safe and secure Nigeria is also in their ultimate business interest.  The business community as a whole benefits from operating in the largest market in Africa—a united Northern and Southern Nigeria.

A decimated and fragmented Nigeria, wracked by sectarian violence, is certainly no place to do sustainable business. In the final analysis, in everything great in politics and economics, size matters—a larger more secure Nigeria is a more fertile business environment.

Some Imams have been known to use a perceived lack of empathy toward the poor, as a tool to sow strife and thereby plow a fertile ground for extremism.

The Imams can in conjunction with the business and skills acquisition centers in their communities, actually setup programs that pay stipends to the youth. At the same times as the youths train to acquire skills, so they could set up small businesses; or acquire credentials for other jobs in the economy.  The CDFs should include funds for small-medium business (SME) start-ups.  The most important thing is that Imams are included in the administration of these funds!

The fallout of the allegiance to religious or ethnic ties, instead of allegiance to the state; is that it creates mistrust and a lack of total cohesion in propagating the mission of the state.  A Cabinet Minister, Military or Security Official, who sympathizes with militant groups, may convey strategic government information to militants, even at the expense of sacrificing government personnel.  As alarming as it may sound, there have been many reported cases of law enforcement personnel providing operational information to militants, pursuant to an impending engagement by state forces!

Government Interventions for Effective and Cohesive Engagement with Nigerian militancy
The Nigerian federal government should create a distinct advisory team made up of stakeholders from the North and South.  This team, answerable to the president, should be charged with formulating ultimate government strategy on militancy.  This team should most importantly, be held responsible for any leaks in their strategic plan for engaging with militants.

One might say that the Office of the National Security Adviser should be driving this cohesion for the President; however, there’s no clear and convincing evidence that personnel who passed privileged information to militants to date, which essentially borders on treason, have been sanctioned severely, as a major deterrent to others.

Why Nigeria Matters
A stable Nigeria, matters to the US and the world for several reasons: (a) Nigeria holds West Africa together by providing substantial overall stability, and influence across Sub-Saharan Africa; and (b) Nigeria has earned her credibility in providing stability in other regions through substantial investments in Peace-keeping operations across Africa and beyond.

Nigeria has a proven value as a stabilizing force in Sub-Saharan Africa and the comity of nations.  A stable Nigeria matters to the US and to the world.

(Jacob Zenn is Consultant to Nigerian-American Leadership Council and analyst of African Affairs. In 2012, he authored “Northern Nigeria’s Boko Haram; The Prize in al-Qaeda’s Africa Strategy,” which was published by The Jamestown Foundation in Washington, D.C.)