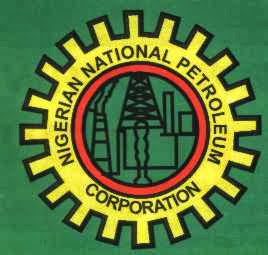 Our attention was drawn to NNPC's denial of debt of N2.3 trillion being owed to the Federation Account. The statement, which is credited to Acting Group General Manager, Group Public Affairs Division, Ms. Tumini E. Green, is to say the least escapist, dishonest, contradictory and in many respect fraudulent.

While claiming that NNPC does not owe the Federation Account, "taking into account outstanding subsidies and other associated costs of operations and losses", the NNPC spokesperson claimed that payments have been made consistently into "its Central Bank of Nigeria account". At the same time Ms. Green emphatically stated that "not all revenues collected by NNPC are paid directly into the accounts of Federal Allocation with the Central Bank of Nigeria. Some are paid into the accounts of the relevant government agencies, like the Federal Inland Revenue Services and the Department of Petroleum Resources, with the CBN. But eventually, all these payments are credited to the accounts of Federation Accounts Allocation Committee, FAAC."

The question is how much was the revenue collected by NNPC? How much of it was paid to the Federation Account? How much was paid to accounts of other relevant government agencies? How much are credited to FAAC? How much was committed to the payment of so-called outstanding subsidies? What other associated costs of operations and losses incurred and how much?

Above all, what is the constitutional and legal provisions governing the management of oil revenue? Section 162(1) of the 1999 Constitution is unambiguously clear and it has directed that "The Federation shall maintain a special account to be called "the Federation Account" into which shall be paid all revenues collected by the Government of the Federation, except the proceeds from the personal income tax of the personnel of the armed forces of the Federation, the Nigeria Police Force, the Ministry or department of government charged with responsibility for Foreign Affairs and the residents of the Federal Capital Territory, Abuja."

Nowhere in the Constitution has any exception been granted for any collectible revenue outside "proceeds from the personal income tax of the personnel of the armed forces of the Federation, the Nigeria Police Force, the Ministry or department of government charged with responsibility for Foreign Affairs and the  residents of the Federal Capital Territory, Abuja" provided. If any other law has empower the NNPC or any other government body to do otherwise is contradictory and to that extent null and void.

We therefore wish to challenge the NNPC to go beyond hypothetical and generalized statements and categorically respond as follows:

1.    How much has been realized in oil revenue on monthly basis since January 2013?

2.    How much has been paid into any other account of any government agency?

3.    How much has been paid to settle so-called outstanding subsidy payments?

4.    What are the other associated cost of operations and losses incurred?

Problems of accountability and arbitrary management of oil revenue by the NNPC is at the center of the current FAAC dispute. The statement by Ms. Green is to say the least escapist, dishonest, contradictory and fraudulent. Mr. President needs to urgently intervene to protect the image of the Federal Government and safeguard the provisions of the 1999 Constitution. We therefore urgently call on Mr. President to call NNPC and Ministry of Finance to order.

We also would like to invite the leadership of the National Assembly to urgently take steps to protect the sanctity of the 1999 Nigerian Constitution.