News Release: “Leave Us Out Of Your Chicanery”; Afenifere To APC 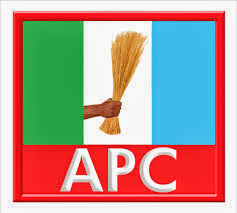 The attention of Afenifere has been drawn to the latest garbage from the propaganda repertoire of the Spokesman of APC (and back -up for PDP) Alhaji Lai Mohammed in which he dragged Afenifere into his usual wolf-crying.

Alleging a plan by the PDP to rig the 2015 elections, Mohammed made an atavistic charge against Afenifere the very ladder his bosses climbed to power in 1999 by saying that the ruling party plans to:
"Engage in the destabilization of the APC using moles and fifth columnists: instigate chaos in the South West using what they call the "Old Afenifere Guards...."

We ordinarily would have ignored this jejune claim as another in the series of "Made in Oluwole" intelligence report from the APC  Goebellian Academy but for the fact that Mohamed is coming out officially with LIES he and his ilk have been circulating in whispering campaigns lately.

Before we go any further we need to interrogate the moral plank on which the APC stands to blackmail Afenifere with PDP tar brush.A time comes when a child asks that  we "pitan fun"(tell him some pertinent history):

1)Do the APC folks think we have forgotten that when the ACN core of it cobbled AC in 2007,it was the sitting Vice-President of PDP who was their Presidential candidate?

2) Was Ribadu who was fielded by the ACN as its presidential  candidate in 2011  not coming from a PDP administration?

3) And when the right offer was made did ACN not sell its Presidential candidate to the PDP in the 2011 elections?

4) What percentage of APC first 11 today were active players in the PDP at one time or another?

5) Did Lai Mohmmed not in July this year announce  with glee to the whole world that 12 PDP governors were coming to join their "Adalu"(assorted)Progressives Congress?

6 )Has APC not taken adverts in the newspapers to congratulate the nPDP whose chieftains have openly called on the president to stop the EFCC probing them?

7 Did Lai Mohammed not issue a statement a few days back that the PDP won't return to the PDP?

One C Okereke who listed "12 Ways To Identify An APC stooge" on FB made the following points among others :

A)He(APC stooge)defines the word PROGRESSIVES as all those against Mr President"
B)All factional PDP members are progressives and will hold such titles temporarily until they return to the true PDP" How true!

Now to the substance o the allegation by Lai Mohammed let us make it clear that Afenifere is not available to be used by either the APC or the PDP.We will however take position on national politics at the appropriate time without apology to anyone.
Our priority at the moment is resolving the nationality question at a Sovereign National Conference without which Nigeria may not be able to conduct elections in 2015.

As far as Yorubaland is concerned we are committed to restoring the region to its time tested politics of honour, integrity, accountability and leadership with pedigree.The days of power entrepreneurs and reactionary forces masquerading as progressives are numbered in the region.

If that constitutes "destabilization" of South West, may God and the spirits of our ancestors not allow the stability of those taking advantage of our people.Finally, given the level of thuggery and official sponsored violence that we have seen in Ekiti and Osun lately against internal and external opposition to the APC,2we want the general public to note those making "destabilization " allegation against Afenifere should anything untoward happens to any of its leaders.
Yinka Odumakin. National Publicity Secretary.
Posted by PublicInformationProjects at 02:12