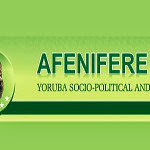 Recently, the spokesman of the All Progressive Congress (APC) Alhaji Lai Mohammed came on air to allege that a group; Afenifere is planning, in collaboration with some undemocratic elements to destabilize the South West, pronto, the spokesman of the group, Yinka Odumakin, instead of addressing the issues poured invectives on Alhaji Lai. Mohammed.

Some of us were taken aback by the response of Mr. Yinka Odumakin which didn't address the issues but the messenger and we took it as part of the absurdities of the Nigerian state where anything goes.

However, while not dismissing the allegations raised by Alhaji Lai Mohammed against this group, we decided to be vigilant to their activities and their latest attack against the person of Asiwaju Bola Tinubu, who expressed his opinion like millions of Nigerians that this GEJ proposed national conference might be a ruse to fool the people in view of the fact that President Jonathan’s party is in tatters and knowing that his goodwill is gone like a candle in the wind, he has decided to throw up this joker.

Before now, a lot of Nigerians have become suspicious of this new found romance of GEJ with national conference and we all expressed our fears, even Femi Falana admonished us all to be wary of this Greek gift from President Jonathan and we have all resolved to be vigilant lest we be taken for a ride again.

However, this singular attack on Asiwaju for exercising his freedom of speech by Mr. Yinka Odumakin is already confirming that really this group has motives that do not wish Yorubaland peace and good, but we will like to admonish Yinka Odumakin and company to retrace their steps and join hands with other progressive groups for the good of Yorubaland.


He who has ears, let him hear.
Posted by PublicInformationProjects at 07:05