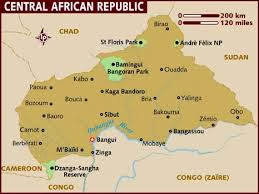 Amnesty International is deeply concerned about the continuing large-scale commission of serious violations of international human rights law and international humanitarian law during the internal armed conflict in the Central African Republic (CAR). The armed conflict, in which fighters from neighbouring Chad and Sudan have been involved, escalated in early December 2012 when Seleka, a coalition of several armed groups, launched an armed offensive against the government of former President François Bozizé in early December 2012. Seleka seized power on 24 March 2013 and the human rights violations have continued since.

Click here to read report
Posted by PublicInformationProjects at 10:44