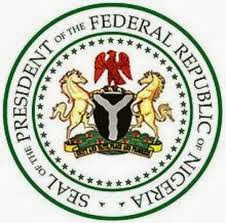 Credit: News Agency Of Nigeria
President Goodluck Jonathan on Friday called on leaders to leave legacies behind while in office.
Jonathan made the call in Okrika, Rivers, at the burial of his mother-in-law, Mrs Charity Oba.
He said the most important thing for leaders was to be remembered for the good things they left behind after leaving office.
‘’ The key thing is that whether you are being buried silently or you have the privilege of being honoured by so many people, is what did you leave behind?
‘’ And to me as a political leader and to most of my friends here who are politicians, politics or holding political office is almost like death.
‘’ While you are there, you are on the stage . The day you leave, what will people remember you for?.
‘’ That has always been my guiding principle, no matter the comments, whether the comments are to the left, right or at the centre.
‘’ What challenges me every day is that the day I step out of the State House, what will the present and future generations of Nigerians remember me for?.
‘’ I believe that is what will guide most of us who are holding political offices.’’
Jonathan described Oba as a generous mother and a wonderful woman worthy of emulation.
He said that though Oba stayed shortly, his family would remember her for all she did for them.
In her speech, the First Lady, Dame Patience Jonathan, described her mother as hardworking, generous and caring for her children.
‘’ Mama never failed to amaze us. When she was alive, she continued to show the same affection even as grown up adults.
‘’ She provided for us even as wife of Deputy Governor, wife of Governor, wife of Vice-President, and as wife of President until she breathe her last breathe.
The First Lady said that her mother continued to provide food for her family even as wife of the President.
‘’ Mama Sisi never demanded for anything from you and never thought of your status in life, no matter who you were , instead, she continued playing the role of a mother and was a very generous woman, who took delight in feeding many people all the time,’’ she said.
Earlier, Prof. Samuel Nwora, Head of Sabbath Church in Rivers, described death as a submission to the will of God.
He reminded Christians of the need to be obedient to the will of God, saying that it was unchristian to show rebellion to authority.
He condemned rebellion and insubordination of all kinds, which he explained, was the sin of Satan in heaven.
Nwora urged Christians to always respect constituted authority which, he said, had a blessing from God.