Article: Beyond The Permanent Crisis Of Elite Rule 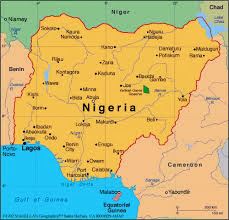 The crisis of bourgeois rule in our country is fast coming to a head, just as the global crisis of bourgeois rule is also deepening! Not even the moral window provided by the recent departure and celebration of Madiba, is sufficient enough to redeem the global ruling elite in general, and the Nigerian treasury looting ruling in particular! For as is usual practice for ruling classes everywhere; in order to renew their hold on the psyche and consciousness of the popular masses, the victims of their misrule; they every once in a while co-opt the image and personae, the life and death, of populist leaders of the masses;  elevate them into iconic stature, profusely and self servingly celebrate them, while claiming in the name of the exploiting ruling class a life time of struggle against the same ruling class. It was the same way they took over and commercialised the memory of Che, of Malcom X, of Martin Luther King Jnr, etc......It is what they are now falling over themselves in a competitive race towards commercialising the memory of Madiba! Suddenly every political head of the ruling class in every country, has had moments with Madiba, that must be shared with the rest of us; each single one of them, even while denying significant sections of their own populace basic rights now seem to have been inspired and motivated by the example of Madiba! What a collegiate of tragicomedians and congenital liars; these leaders!

Before we go too far astray let us return to the purpose of our discourse today. However before we go on, let me reiterate the point being made above. The ruling class have always sought to seize moments such as with the departure of Madiba, to launder its own image, sanitise its rule, and renew the hold it has on popular consciousness; the deeper the crisis they face, the more strident and the further they go in their quest to seize the moment and appropriate the legacy of iconic figures!

The crisis rocking our society, and that is now tearing apart the ruling class is deepening; if we were to use the analogy of severe weather conditions; we would say that the storm is gathering strength! And it may soon acquire widespread devastating character of a super hurricane!

We have witnessed the deep seated factional disputes within the ruling PDP, and the ensuring splits! We have witnessed the hurried merger of very strange bedfellows; capped by the now even more hurried merger of the New PDP with the APC! A little here about the tactics of the New PDP before we proceed. The strategic purpose of the New PDP seems to be to destabilise the PDP and defeat the current leadership of the Party. I suspect that the strategists of the New PDP having reached the conclusion to abandon the PDP and merge with the APC, needed to do this in a manner that enables the merger process not to jeopardise the current political offices that their leaders hold. The only way to achieve this is to merge while still keeping up the appearance and reality of a factionalised PDP! Hence the majority of the New PDP merging with the APC, while leaving a minority in New PDP, to keep the faction alive. This is the only way their decamping from the PDP to another party, APC, can be constitutionally legitimate and legal; and hence it is the only way to ensure they will not forfeit their current positions.  This is the only interpretation that makes sense of the unfolding saga of the PDP crisis! And a clueless presidency surrounded by sycophants rather than strategists, is unable to respond effectively to this manoeuvre.

Now back to the other aspects of the crisis; and to the legitimate questions that ought to be raised by the victims of their misrule! If the coming together of the ACN, ANPP, CPC, and a faction of APGA was not strange enough, and was not enough grounds to question the sincerity of the promoters of the merger; what about the merger of the merged entity, APC, with the New PDP? This merger with New PDP is the clearest indication yet, and the latest proof, if we still needed any more proofs, that the difference between and among the major parties of the ruling class in Nigeria, is like the one between six and half a dozen; absolutely no difference! It is another significant indication that all of the parties are bereft of ideology, as well as any principled programatic platform! First the primary merger was announced without a manifesto; without even a simple declarative program and statement of principles! Next, the secondary merger was announced in pronouncement written on one single sheet of paper, read out with shaky hands and shaken voices! And just like previously, other than trying to resolve disputes with respect to power sharing and therefore potential or real access to the treasury, for the purpose of organising a more coordinated and sanitised pillage of our collective wealth; other than trying to allocate spaces within the party, what were the gladiators discussing behind closed doors for hours? For days? And for weeks? The most correct conclusion that can be drawn from the way and manner the primary and secondary mergers were constituted and consummated; can only be that the only thing bringing all these pirates of the East, West, North, and South together, is a common desire to upstage those who now control access to the federal treasury, and install themselves, and their treasury looting machine, the APC as the successor to, and new gate keepers of our collective wealth. This is the only desire uniting them; certainly not our welfare, or our wellbeing!

But the secondary merger, posses even more imminent danger to the mergees than the primary one; how to share offices? Who controls the party structures in the new APC states, where the PDP was hitherto in power, but that by virtue of the merger the APC is now the ruling party?

Another point that is of extreme significance revolves around the character of the letter writer [OBJ] himself. We should be clear about this, and we do not need the smear campaign embarked upon by the agents of the presidency on the social media, to underscore facts that we already know! The late Fela did not sing 'ITT - International Thief Thief' for nothing or out of boredom! The song was a social commentary on live issues bordering on treasury looting; the late icon was very clear and mentioned OBJ, MKO and Musa Y'Aradua as the thieves! Furthermore it does not require the reminder of a presidency steeped in monumental LOOTERY for any discerning mind to find the similarity and identity between Obasanjo Farms Nigeria LTD [OFN], and the Federal government agriculture intervention program under OBJ's military dictatorship - Operation Feed The Nation [OFN]; not only suspicious, but also very indicting and indicative of the apparent wholesale conversion of a public enterprise into the private enterprise of OBJ! All the Generals [of all the arms of the armed forces, including all the 'Thieves of Air/Naval/Army Staff]; all of them, how did they acquire all the lands that they now posses, and upon which they each have established super large scale commercial farms? What loans, and what savings from their military salaries, enabled them to establish big businesses, and become Billionaires in Dollar terms? How did they amass all these ostentatious wealth, if not by poking their dirty fingers into our collective treasury and helping themselves to huge chunks of our collective wealth?

So YES, OBJ is guilty of everything he has accused the current president of; Can it be proved that he did not help himself to our collective wealth? That he did not steal from us? - We have already mentioned OFN, but there was also the n2.8bn missing fund from the NNPC, at a time when the Naira was stronger than the USD, and under the watch of OBJ and GMB, who was petroleum minister then. Can it be proved that there were no killer squads during his lengthy rule as both military and civilian dictator? - Under whose watch was Marshall Harry murdered? Under whose watch was Bole Ige murdered? Can it be denied that he repudiated an agreement to go for a single term, and even had the effrontery to try to amend the constitution in order to go for a third term?  So it is true, and we already knew it, before the profuse outrage of a pretentious presidency launched its smear campaign! Is the presidency just aware of all the sins of OBJ?

So we know the character of the letter writer, very well! But what about the content of the message? Is there anyone among us in their sane minds that can any longer deny the unprecedented scale and scope of treasury looting and corruption under this presidency? How can anyone explain the depletion of the Excess Crude Account [ECA] from $9.8bn to $2.5bn in less than 9 months? Or the depletion of the External Reserves from $48.8bn to $44bn within the same period? How can it be known and yet condoned, that the NNPC serially under-remits revenue to the Federation account, and that it serially under-declares its income? How can quantity of refined petrol rise steeply from under 35 million litres per day in 2010 to 60 million litres per day in 2011, and then after the scare of the January uprising of 2012, return steeply to 38 million litres per day of 2012 and 2013? Who were the ghost lifters responsible for the ghost 22 million litres per day of petrol in excess of the previous trend? Who were the ghost beneficiaries of the subsidy claimed for these ghost quantities? Who were the ghost NNPC personnel and political office holders who authorised and covered up such monumental pillage?

It is obvious to us from the foregoing that because a thief has been exposed by another thief, does not and cannot invalidate the fact that the exposed thief is actually a thief!

The only sane conclusions that can be drawn from the foregoing are simple; Treasury looting and light fingeredness is a pervasive, widespread and ingrained culture and practice of our light fingered ruling political elites! This ruling class in its competitive adventure in primitive accumulation of capital through treasury looting, will stop literally at nothing to get what it wants; including trampling on our rights, messing up our basic infrastructures and services, and organising murder!

The only sane lesson we must draw from all of these is that Our Destiny Is Truly in our own hands; and not in the hands of any of the factions or fractions of the inept, gluttonous, and treasury looting ruling class; regardless of their current level dissidence with dominant sections of their class.

What this means for us is that we must urgently take the necessary concrete steps, that will enable us to break clearly from this tradition and convention of Looting Based Service ; and begin to put the building blocks of a real alternative Mass Political Movement together, in order to facilitate the enabling environment to unseat this ruling class and institute a new form of humane governance system and process, that will help us realise our aspiration for Social Justice and Social Transformation.

If we are going to be able to Take Back Nigeria; we must have the courage, determination and sense of purpose to first Take Back The Political Space, such that we can organise and mobilise autonomously and independently of ant faction or fraction of this treacherous, treasury looting ruling class!