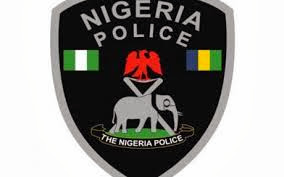 Sir,
INTIMIDATION, ASSAULT & THREAT TO LIFE, MALICIOUS DESTRUCTION OF ECONOMIC TREES AND DEMOLITION OF THE HOUSE OF PASTOR SYLVESTER C. AGU BY SOME BRIGANDS LED BY ONE AMECHI INOMA & PIUS EMEKA NWEKE

‘‘Injustice anywhere is a threat to justice everywhere’’. ‘’The ultimate tragedy is not oppression and cruelty by bad people but the silence over that by good people’’- Martin Lither King (Jnr).

Drawing from the above time-honored quotes, with a deep pain in our heart, we write to bring to your attention and necessary action the sheer injustice being meted out to Pastor Sylvester C. Agu and his family.

Background information:
The tearful narration of the pastor as told to us in our office goes thus:
Pastor Agu and his family live in a piece of land situate at a carved-out behind No.13 Magazine Avenue, G.R.A area of Onitsha.  The Pastor and members of his family hail from Ezinifite in Aguata LGA of Anambra State, Southeast Nigeria.  His family started farming on the land in the year 2005 as tenants to Justice F.O Nwokedi. In the year 2007, their landlord, Justice Nwokedi decided to, and indeed sold the land to Pastor Agu. The ‘’Deed of Conveyance’’ relating to that transaction and transfer of the title of the land to Pastor Agu is attached here as ANNEXURE 1 for your perusal.

Later, in the same year, 2007, Pastor Agu built a house in the land and packed in to the house with his family. All through the time of building the house he, Agu did not encounter any encumbrance from any person or authority, and since then he and his family have been living there without any disturbance from any quarters.

In January 2013, Pastor Agu felt the need to register the land with the Anambra State Ministry of Lands and Urban Development and also to get Certificate of Occupancy from the government. It was confirmed to him at the Ministry of Lands that there is no other person that holds a valid title to the land, hence the process of registration and getting the C of O was commenced. As we write sir, the process has reached the final stage, as confirmed by the Director, Registry in the Ministry. The receipts and other documents to that effect are jointly attached here as ANNEXURE 2, for your perusal.

It is important to mention that between that 2007 and now, several persons have offered to buy the place from him but he has always declined acceptance to their offers. One of such offerors is Mr. Azubike Onyeje (The owner of the land next to Pastor Agu’s compound)

The Criminal Conducts of Amaechi and His Thugs:
Pastor Agu underwent a major surgical operation (Amobic Liver Abscess) on the 29th day of October, 2013 He was in the hospital for about three weeks after the surgery. A copy of his photograph while still in the hospital is attached here as ANNEXURE 3, to buttress this fact.

The pastor’s convalescence process was made turbulent as he started getting strange phone calls from somebody who identified himself as Amechi Inoma, while he was still in the hospital. The strange caller, Amechi told him that he would want to see him to discuss issues concerning a certain piece of land. He told him that he is in the hospital and that if the matter is urgent then he may come to the hospital. Though the caller refused going to the hospital, he apparently did not believe the pastor as he kept on calling; threatening fire and brimstone, a situation which worsened the health situation of Agu, as his blood pressure rose to an alarming level. It only took the intervention of God, through the doctors, to avert the worst that seemed imminent from happening.

When the pastor was discharged from the hospital and returned to his house, he called the number that has been calling him to inform him that he is back to his house and that he may now come to say whatever it he had wanted to say. On the 3rd day of December, 2013, Amechi and three other unidentified persons stormed the house of pastor Agu and told him that they are working for one Best Aluminum, and that they were instructed by their master to eject them from the house immediately.

Jolted and miffed by this strange development, pastor Agu who has never met anybody in all his life known as Best Aluminum, requested to speak with the person purporting to be the owner of the house he built with his own hands but Amechi declined. The pastor then told him that he does not know what he is talking about and that he should go and tell his so called master to come by himself.

Amaechi who was visibly angry by the response of the pastor, told the latter that he has conferred with his master on the phone and that they are giving the pastor till 27th January 2014 to pack out from the house or they will be dealt with in every possible way. The following day Amaechi brought a paper to the pastor in house, for him to sign that he will pack out from the house, latest by January 27th, 2014 but the pastor refused to sign. Amaechi and his cohorts, after threatening the all manner of things, left in anger.  The pastor did not bother himself so much about the development as his primary preoccupation was his recuperation process.

The next thing the pastor saw was that on the 11th day of December, 2013, Amaechi and one Emeka Nweke led a team of thugs and began to cut down some economic trees he planted in the compound. At this point, the pastor through his lawyer wrote a petition to the Area Commander, Onitsha Area Commander, complaining the threat to his life and property. Unfortunately, no action was or has been taken in that respect by the police. A copy of the letter dated 13th December, 2013, is attached here as ANNEXURE 4, for your perusal.

Apparently emboldened by the seeming inaction of the pastor over their previous activities, Amaechi and his thugs came back to the compound on the 18th December, 2013, this time clearing all the trees planted by the pastor in the compound. The trees were planted for both economic gains and also for controlling erosion. The list of the trees cut down/uprooted and the pictures of same are attached here as ANNEXURE 5. The pastor also wrote the Ministry of Lands, Anambra state to report his ordeals in the hands of Amaechi and Co. A copy of the said letter dated 18th December, 2013 is also attached here as ANNEXURE 6, for your perusal.

On the 19th day of December, 2013, a team of heavily armed policemen from SARS, Area Command Onitsha, stormed the residence of pastor Agu at about 5:30am. The officers ransacked everywhere in the house searching for ‘’guns and other dangerous weapons’’, according to them. When they did not find any, they arrested the frail looking pastor and took him to their station. It was at the station that the pastor was told that there is a petition purportedly written by Best Aluminum against him. The petition, according to the officers alleges that they, pastor and family, are MASSOB members. The pastor was detained but later released on bail when the police discovered the true nature of case, that it was purely civil.

The pastor was still struggling tom recover from the traumas already inflicted upon him by the previous activities of these urchins when, on the 21st day of December, 2013, at about 6am, Amaechi led his thugs numbering about twenty to the house of Pastor Agu, held the entire family hostage by locking them up in one room after seizing all their phones, and began demolishing their house. When they finished demolishing other parts of the house, they brought them out and also demolished the room where they were locked up initially. The demolition went side by side with destruction of their property. Some of the items destroyed are Computer sets, Chairs, Television sets, phones, Refrigerators, Utensils and Stoves etc.

Our call:  It is absolutely unlawful for any person, no matter how highly placed, to take laws into his hands. A situation where youth armed with dangerous weapons, will invade a man’s house and reduce same to rubbles is totally condemnable. It is a dangerous trend that must be checked by every possible means. If no decisive action is taken on this to serve as deterrent, such may become a norm.

We therefore, call on you sir, to use your good office to ensure that the perpetrators of these heinous crimes are arrested, investigated and brought to justice. The role of the police at Onitsha Area Command in the whole episode should also be investigated and any officer found to have erred should be appropriately sanctioned. Our specific request is for the investigation to be assigned to the office of the DIG, Force CID, Force Headquarters, Abuja.

Thanks, in anticipation that this letter will receive the urgent attention it requires.
Signed & dated this day: Tuesday, 24th day of December, 2013.

For: SOCIETY WATCH- A Project of the International Society for Civil Liberties and the Rule of Law