Videonews: The 10 Biggest Global Threats For 2013

As part of efforts at encouraging a broad-based approach to tackling emerging contemporary security challenges in Nigeria, the Nigeria Police in conjunction with Vanguard Newspapers will be organizing a 2-day National Security Summit with the theme “Addressing Nigeria’s Security Challenges for Sustainable Peace and Development”.  The event is billed to take place on 8th and 9th January, 2013 at the International Conference Centre, Abuja, commencing at 10am each day.

The summit which will be officially flagged off by the President and Commander-In-Chief of the Armed Forces of the Federal Republic of Nigeria, Dr. Goodluck Ebele Jonathan, GCFR, will be attended by Military and Police Chiefs, security experts/practitioners from within and outside the country as well as other critical stakeholders in the Nigeria Project.  The summit which is a public – private partnership initiative is expected to provide an avenue for Nigerians from all walks of life to make informed input into concerted efforts by the Police and other security agencies at providing lasting solution to Nigeria’s myriad Security Challenges.

While emphasizing the importance of the summit to the transformation agenda of the Federal Government, particularly as it relates to issues of safety and security of the nation, the IGP urged participants to seize the opportunity provided by the summit to make sincere and informed input on matters bordering on the general security of Nigeria and Nigerians.  He stated that the rationale for the summit is predicated upon the belief of the Force that the business of policing and securing Nigeria is the responsibility of all and that no single inpidual or organization has monopoly of security knowledge.

While assuring participants that inputs, suggestions, contributions and decisions reached at the summit will be given their pride of place in new security policies and strategic operational plans by the Government and the Police High Command, he equally promised that the Force will do everything humanly possible to guarantee a safe, conducive and democratic atmosphere at the summit to enable participants undertake a free, candid and unfettered intellectual discourse.  He urged participants to see their participation in the summit as a call to national service and to do all within their powers to deliver on the targets and objectives of the summit. 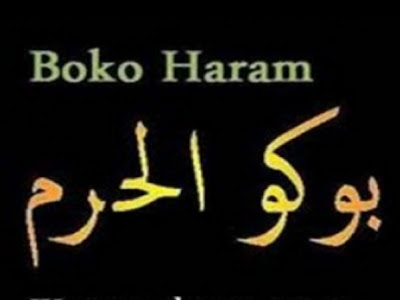 Ndi-Igbo Peace Movement (NPM) has said that the Boko Haram, operating pre-dominantly in the Northern part of the country have declared religious war against Christians in Nigeria .

This was contained in a statement issued by the group to newsmen in Onitsha, Anambra.

The statement was signed by Chief Uzor A. Uzor, President of the group.

``From our records, over 4,000 people had been killed directly or indirectly due to Boko Haram insurgency in some parts of the Northern region.

``2,000 of the people so far killed are from the South-East; while the South-West have about 1,000 and the North have 1,000 people killed respectively.

``From the statistics, it shows that the Southern part of the country had more causalities than the North.

``It is an indicator that the Boko Haram insurgency is meant to target mainly the Southerners, especially, Christians residing in the North,’’ it said.

The statement said that the recent burial of 14 people from Adazi Nnukwu community in Aniocha LGA, Anambra State and also 7 people in Umuna community, 2 in Amaifeke and 1 in Okporo all in Orlu LGA of Imo State was still fresh in one’s mind.

``We are calling on all Christians to defend themselves through any means possible.

``We are also calling on President Goodluck Jonathan to declare Boko Haram a terrorist group and make it officially known that we are in a state of religious war so that Christians would be armed to defend themselves.

``Christian communities and churches in the Northern part of the country should be provided with adequate security,’’ it said.

NPM further warned that the Boko Haram should desist from killing innocent Nigerians unless they want to lead the nation into an uncontrollable religious war.

``Nobody whether now or in history has monopoly of violence,’’ it warned.
Posted by PublicInformationProjects at 00:29 No comments: