Posted by PublicInformationProjects at 11:19 No comments: 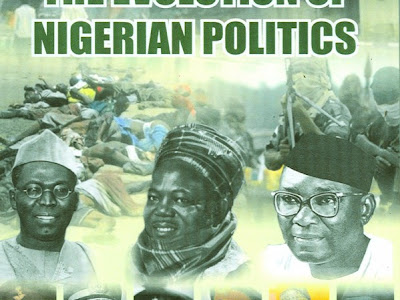 The group which played a prominent role in the January 2012 protest on Monday, January 21, 2013 announced the emergence of a new political platform, Democratic Party For Socialist Reconstruction [DPSR].

The group explaining the rational for its decision to seek political power explained that “We have reached the collective understanding that the time has come for us to move from merely venting our anger in various forms of protests, to converting that anger and energy into the liberating task of building an alternative and radical mass based political platform”.

The group which stated that its mission s to give the people of Nigeria an alternative party that truly represents their dreams and aspiration also acknowledged that there exist other groups with similar agenda.

“We commend and identify with every such genuine initiative that is oriented on the social emancipation of Nigerians, radical social transformation of the national economy and polity; as well as the genuine National Liberation of Nigeria”, stated the Protest to Power Collective.

The group which warned that people should be wary of both the ruling party, PDP which is trying to reorganize and other self seeking ruling class parties seeking alliances further stated that there is need for similar platforms seeking to establish alternate political parties to come together and form a united and strong front.

“We are convinced that the only way this bungling, historically inept and congenitally corrupt ruling class, can be dislodged from power as the first step in the task of National Liberation and social emancipation; is for all of these genuine alternative party initiatives to come together and work out a joint political action platform in some form of a UNITED MOVEMENT TYPE PARTY, which alone can stand the chance of annihilating and dislodging the treasury looting class from power”, stated P2PC.

The group has suggested a timeline of second quarter of the year for all groups to come together, harmonise their manifestos, seek merger and announce a united party dedicated to the interest of the people of Nigeria.