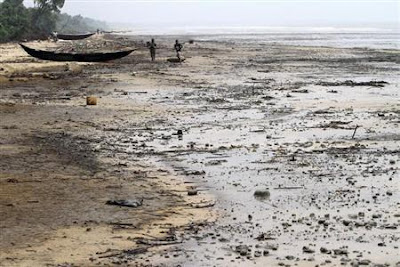 Credit: Reuters
A Dutch court ruled on Wednesday that Royal Dutch Shell's Nigerian subsidiary was responsible for a case of oil pollution in the Niger Delta and ordered it to pay damages in a decision that could open the door to further litigation.

The district court in The Hague said Shell Petroleum Development Company of Nigeria Ltd. (SPDC), a wholly-owned subsidiary, must compensate one farmer, but dismissed four other claims filed against the Dutch parent company.

Four Nigerians and campaign group Friends of the Earth filed suits in 2008 in The Hague, where Shell has its global headquarters, seeking reparations for lost income from contaminated land and waterways in the Niger Delta region, the heart of the Nigerian oil industry.

The case was seen by environmental activists as a test for holding multinationals responsible for offences at foreign subsidiaries, and legal experts said other Nigerians affected by pollution might now be able to sue in the Netherlands.

Shell said the case would not set a precedent because its parent company was not held responsible.

The farmer who won compensation, 52-year-old father of 12 Friday Akpan, said he was very happy with the judgment because it would allow him to repay his debts.

"I am not surprised at the decision because there was divine intervention in the court. The spill damaged 47 fishing ponds, killed all the fish and rendered the ponds useless," he told Reuters in the Niger Delta city of Port Harcourt.

"Since then I have been living by God's grace and on the help of good Samaritans. I think this will be a lesson for Shell and they will know not to damage people's livelihoods."

New Avenue:
A legal expert said the ruling could make it possible for other Nigerians who say they also suffered losses due to Shell's activities to file lawsuits in the Netherlands.

"The fact that a subsidiary has been held responsible by a Dutch court is new and opens new avenues," said Menno Kamminga, professor of international law at Maastricht University.

The court did not just examine the role of the parent company, but also looked "at abuses committed by Shell Nigeria, where the link with the Netherlands is extremely limited," he said. "That's a real breakthrough."

Friends of the Earth spokesman Geert Ritsema said they would appeal against the acquittals "because there is still a lot of oil lying around. These sites need to be cleaned."

The court backed Shell's argument that the spills were caused by sabotage and not poor maintenance of its facilities, as had been argued by the Nigerians.

Ritsema said it was also knew that an oil company was being held responsible for failing to prevent sabotage.

There were 198 oil spills at Shell facilities in the Niger Delta last year, releasing around 26,000 barrels of oil, according to data from the company. The firm says 161 of these spills were caused by sabotage or theft, while 37 incidents were caused by operational failure. Local communities say Shell under reports the amount of barrels spilled.

People who live in the Niger Delta say their land, water and fisheries have been blighted for years by oil pollution and activists have called for oil companies in Nigeria to be held to the same standard as elsewhere in the world.

Shell is facing ongoing legal action brought in a UK court on behalf of 11,000 members of the Niger Delta Bodo community, who say the company is responsible for spilling 500,000 barrels in 2008. Shell has admitted liability for two spills in the Bodo region but estimates the amount spilled is far lower. Bodo's case could be heard in the High Court in London next year.

A United Nations report in 2011 on the Ogoniland region in the Niger Delta criticized Shell and other multinationals, and the Nigerian government, for 50 years of oil pollution.

It said Ogoniland, where Shell no longer operates, needed the world's biggest-ever oil clean-up, which would take 25 years and cost an initial $1 billion.

A decade of militancy by armed groups in the Niger Delta, which had its origins in local anger over oil pollution, shut down nearly half of Nigeria's oil output until an amnesty in 2009. The Niger Delta is home to about 31 million people.

Compensation To Be Negotiated:
"We will pay compensation. We didn't lose the case. It was not operational failure. The leak was the consequence of sabotage," Royal Dutch Shell's vice president for environment, Allard Castelein, said in comments after the verdict was read.

"Shell Nigeria should and could have prevented this sabotage in an easy way," the court ruling said. "This is why the district court has sentenced Shell Nigeria to pay damages to the Nigerian plaintiff."

Castelein said Shell would negotiate the amount of damages with the farmer, but that an appeal could postpone the outcome of those talks.

The Nigerians - fishermen and farmers - said they could no longer feed their families because the region had been polluted by oil from Shell's pipelines and production facilities.

It is the first time a Dutch-registered company has been sued in a domestic court for offences alleged to have been carried out by a foreign subsidiary.

Shell Nigeria is the largest oil and gas company in Nigeria, Africa's top energy producer, with an output of more than 1 million barrels of oil or equivalent per day.

In October, Shell lawyers said the company has played its part in cleaning up the Delta, which accounts for more than 50 percent of Nigeria's oil exports.
Posted by PublicInformationProjects at 06:35 No comments: 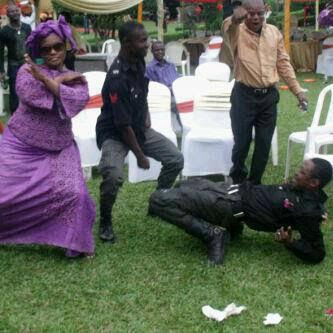 Posted by PublicInformationProjects at 00:18 No comments: